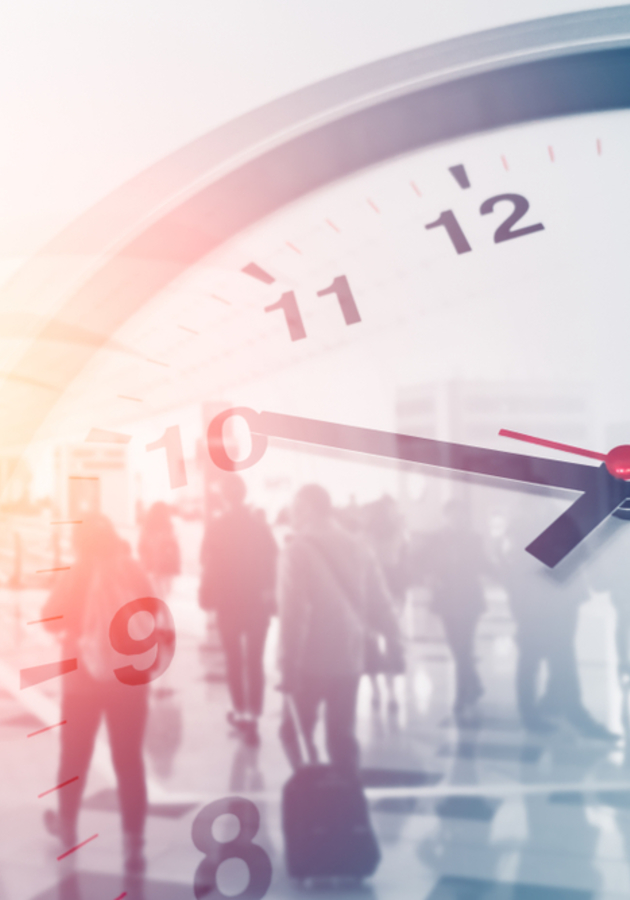 This microbook is a summary/original review based on the book: Organize Tomorrow Today: 8 Ways to Retrain Your Mind to Optimize Performance at Work and in Life

In “Organize Tomorrow Today,” leading American performance coaches Jason Selk and Tom Bartow – with the help of freelance writer Matthew Rudy – offer eight “simple, concrete, easy-to-understand concepts” that should help you “retrain your mind to optimize performance at work and in life.” Without further ado, get ready to delve into them right away!

People often mistake being busy with being productive. Nothing could be further from the truth. Productivity doesn’t mean getting everything done every single day or accomplishing the greatest number of tasks in a given time period. It means, almost conversely, prioritizing the day’s activities, accomplishing more of the ones that matter most, and letting go of the rest.

Being busy means being without a plan. Being productive, on the other hand, means being well-prepared. “By failing to prepare,” Benjamin Franklin famously wrote once, “you are preparing to fail.” Selk and Bartow reply with a more optimistic variant of the same quote: “If you prepare successfully, you’re preparing yourself to succeed.”

Start the day before. The earlier you organize for tomorrow, the greater the fighting chance you give yourself to emerge victorious at the end of the day. In Selk and Bartow’s experience, the window between lunch time and 3 p.m. seems to be “the sweet spot for making the OTT plan.”

An OTT plan – an acronym for “organize tomorrow today” – is a prioritizing tool, a simple to-do list that will take you no more than five minutes to jot down. It has only two requirements: it must include your three most important tasks for the following day and the one “absolute must” from those three items. Nothing more, nothing less.

The reason why, despite its simplicity, the OTT plan works is threefold. First, it’s because it takes into consideration the famous and frequently-validated “Miller’s Law,” which postulates that humans have limited mental power (or “channel capacity”). Though it may sometimes seem that our minds are capable of tackling “multiple multidimensional tasks,” studies have shown that we are, at most, capable of carrying in our “working memory” no more than three things at one time – if we want to have any chance of doing any of them well. Hence the “3 most important” part of the OTT plan.

The second part of the plan – the “1 must” – owes its inspiration to the so-called “Zeigarnik effect,” according to which the mind doesn’t like unfinished business, and recalls better an incomplete task than a completed one. That is why you should prepare an OTT plan: prioritizing your tasks for tomorrow today will engage your subconscious mind in problem-solving while you’re sleeping. Essentially, you will get a head start from the get-go.

Choosing wisely the “1 must” is even more important than wisely choosing the three most important tasks. Not only because it shows even greater respect for your mind’s channel capacity, but also because of the classic physics rule of inertia. A body at rest tends to stay at rest, but a body in motion tends to stay in motion. Just as well, focusing on one task – and even one step of that task – is not merely a start, but also a momentum-instigating event. “You need to choose, and choose wisely,” suggest Selk and Bartow. “Focusing on one thing promotes action. Learn to do less, but more often.”

No. 3. Maximize your time

Time management is what amateurs dabble in; pros are all about time maximization. The difference might seem small, but in terms of achievement, it is vast. We are all managing our time, more or less, well. But professionals maximize time, which means that they create more time to do the important things. And how do they do this? By using the following three tools:

Habits, write Selk and Bartow, “aren’t so much formed, as they are in a constant state of formation.” In other words, “they are either getting stronger or getting weaker, based on how much attention and reinforcement they’re getting each day.” To develop the right habits – and get rid of the wrong ones – you must first recognize and understand the three phases of habit formation.

Whether we like it or not, evolution has taught us to dwell on the things that aren’t going well. This is called “problem-centric thinking” and is totally natural. Unfortunately, it also leads to a vicious circle of self-doubt and disappointment, since by focusing on our failures, we make failures even more likely in the future. That’s why performance doesn’t merely depend on your efforts, but on honest self-evaluation as well.

Honesty doesn’t only mean giving credit where credit is due and recognizing the “done-wells” as often as the “failures”; it also means paying more attention to the process and your commitment to it than on the final results. John Wooden, arguably the most revered basketball coach of all time, didn’t care about the eventual score of the game as much as he did whether his players were doing their jobs. That’s how he won 10 NCAA national championships in 12 years.

“When you define success by your effort,” write Selk and Bartow, “anything is truly achievable. And when you consistently work toward your goals – and honestly evaluate that effort – you deserve the success that comes.”

Though “the genesis of improvement,” self-evaluation can be counterproductive if done incorrectly. The greatest mistake people make when evaluating themselves is doing it with a perfectionist mentality. The problem with this mentality is that it doesn’t allow appreciation of good work. What does is a daily mini-evaluation, a status report, a success log, a journal filled with realistic goals. Start one yourself to start evaluating your efforts honestly.

No. 6. Learn how to talk to yourself

According to Selk and Bartow, “beating yourself up verbally often does more damage than physically harming yourself.” The other side of the coin is that, since a large part of your self-image is determined by yourself, you have the power to direct it through your self-talk.

Enhancing your self-image starts with your awareness of how you talk to yourself. The objective is “no more negative self-talk.” The exercise to help you achieve this is the five-step Mental Workout. Though it should take about two minutes of your day, if done regularly, it will strengthen your mind for many years to come. These are the five steps:

No. 7. Learn how to talk with others

In the business world, great communicators experience much greater success than poor communicators – regardless of their individual talents. That’s why, to consistently win at the highest level, you must be able to communicate effectively, in a confident, efficient manner.

Once again, this requires proper preparation and performance, which comes down to three easy steps:

If you want to live a good life, strive to be normal and try to reach that coveted equilibrium in your day-to-day activities. However, if you want to be great, you need to go a step beyond “normal” and make every effort to be abnormal. All great people are abnormal.

There are several viruses that can slow your progress in your quest for abnormality. Here are the three most common ones:

“Organize Tomorrow Today” starts excellently – with some original research-backed ideas – but then, after the halftime break, slips into a few platitudes and soundbites.

Nonetheless, it is a great productivity guide – even if only for the first, trademarked habit! Stick to it and it might change your life.

Spend just three to five minutes today choosing your three most important tasks for tomorrow, along with the one “must” (or main priority) out of these three. Schedule their completion as early as possible. This is the simplest secret of success.

Tom Bartow was a successful college basketball coach before he left his career to become one of the top financial advisors at Edward Jones. A protégé of revered basketball coach John Wooden, he developed an advan... (Read more)

Matthew Ruddy is an American freelance writer. A senior writer at Golf Digest, he has won multiple awards for his investigative and travel stories... (Read more)

Dr. Jason Salk is one of the leading performance coaches in the United States. As director of mental training for the St. Louis Cardinals, he helped the team win two World Series championships. He has also coached numerous NFL, NBA, an... (Read more)