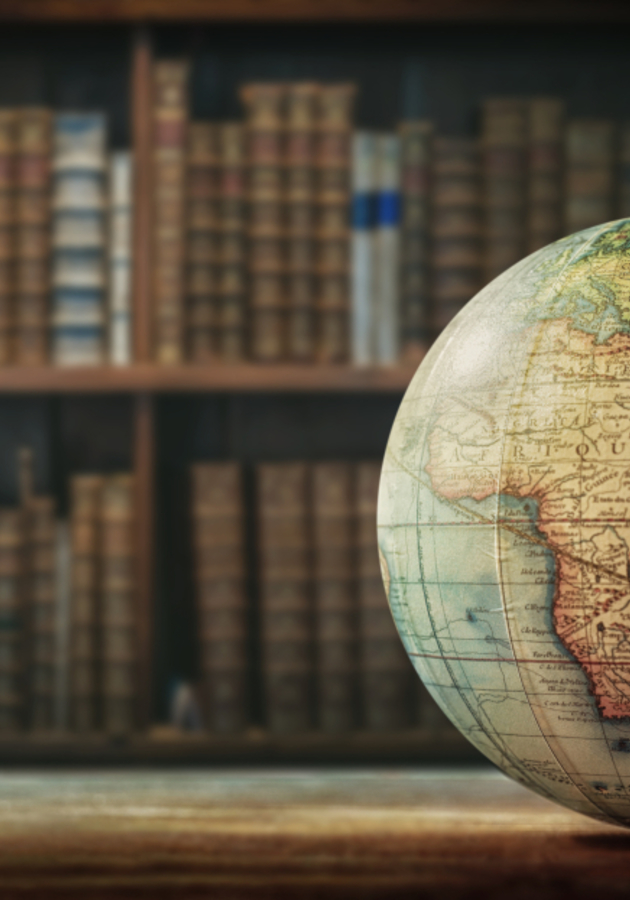 This microbook is a summary/original review based on the book: On Tyranny: Twenty Lessons From the Twentieth Century

History has given us many tyrannical governments: Nazi Germany in the 1930s, and the communist regimes in Eastern Europe, to name a few. Author Timothy Snyder says these examples offer lessons in how to resist tyranny in the future which, now more than ever, are important insights to have. The government of Russia and the president of the United States, Donald Trump, show worrying tendencies towards totalitarian dictatorships. Snyder outlines 20 lessons on how to resist tyranny. It is possible for an individual to stop a tyrant - get ready to learn how!

Do not obey in advance and defend institutions

One feature setting totalitarian regimes apart from the rest is that they often get obedience in advance to seizing power. Take the anticipatory obedience of Austrians in March 1938 as an example: while local Austrian Nazis seized Jews and forced them to scrub the streets of Austria, other Austrians looked on. This paved the way for the ensuing mass killings of Jews carried out by the Nazi government.

We often believe that our institutions can automatically defend themselves. However, Snyder reminds us that even though a government may come to power through institutions, that does not mean institutions cannot be destroyed by that very same government. So choose an institution - such as a newspaper, a law, or a labor union - and be on its side.

A democratic state depends on a multiparty system. Democracies in the past have collapsed because of one party seizing power. And while you may believe that there are checks and balances in place today to prevent this from happening, it may not always be true. The American government under Donald Trump has the less popular party controlling every federal level of power, as well as the majority of state houses.

You can prevent totalitarian regimes by using your power to vote at every level, and by defending the rules of democratic elections. You could even run for office yourself!

As well as supporting a multiparty system, be wary of paramilitary forces. These are violent organizations that are privately funded, and not under the control of the state. Governments sometimes try to monopolize violence, and in the U.S., the use of violence is already highly privatized: mercenaries are used in warfare and corporations are paid to run prisons, for example.

To add to that, Snyder says the president who insists on having his own private security force uses it to clear political rallies of opposing voices and to encourage mob violence.

Your profession may have an ethical framework that is impossible for you to uphold as an individual. As the author writes, “If members of professions think of themselves as groups with common interests, with norms and rules that oblige them at all times, then they can gain confidence and indeed a certain kind of power.”

Had doctors in Nazi Germany kept to their moral code, for example, they could have prevented the grisly medical experiments carried out in the concentration camps.

Take responsibility for the world around you and do not become a bystander. What seem to be harmless symbols today can become the reality of tomorrow. In Nazi Germany, people looked on while shops were labeled either “Aryan” or “Jewish.”

Even though it did not seem like a terrible thing at the time, this symbolism entrenched divisive thinking and eventually resulted in the Holocaust. If you want to display symbols of loyalty, always make sure that these include other citizens, rather than exclude them.

Be reflective and stand out

If you carry a weapon as part of your job, be ready to refuse if irregular activities are requested of you by the government. Even if you are not a member of the police or security team, try not to go along with requests without questioning what is happening around you. Be willing to break the status quo.

In the decades leading up to the Second World War, most European governments embraced some form of right-wing government. In May 1940, when Winston Churchill became prime minister, Great Britain stood alone.

Churchill, however, was willing to fight back and his willingness to stand up for what he believed in eventually led to the fall of Nazi Germany. Once one stands up, others will follow.

You don’t have to be the leader of a country to have a big impact with your actions -  just take Teresa Prekerowa as an example. She lived in Warsaw under Nazi rule, and while everyone around her simply looked on while their Jewish friends slowly slipped out of their lives and were deported to the Warsaw ghetto, Teresa decided to do something.

She started bringing food and medicine to the Jews in the Warsaw ghetto at a great risk to herself. In 1942, she even helped one family escape, and saved their lives.

Be kind to our language and believe in truth

Totalitarian leaders always use language to establish their power. Snyder says there are uncanny similarities in the way Hitler used language with how Trump speaks today.

Hitler said “the people” but always only meant some people, while excluding others. Donald Trump does the same. Hitler used “encounters” to describe struggles, while the president uses “winning.”  Under Hitler, trying to understand the world in a different way was called “defamation of the leader” and it is now called “libel” under Trump.

It is important to consider the effects of your own language, even if it is to express the same ideas. Especially in the world of television news and the internet, it can be easy to fall into a communal trance and to blindly repeat whatever your Facebook news feed suggests to you.

Try and separate yourself from the internet and read books: they allow you to delve into other people’s minds and to develop a varied perspective. They strengthen your “mental armory.”

Believe in truth. The author writes, “You submit to tyranny when you renounce the difference between what you want to hear and what is actually the case.” Without a basic truth, there is no basis upon which to challenge power.

Investigate and establish a private life

How do you know what the truth is? To establish the facts around you, you need to investigate. Read long articles. Rely on print media as well as other news sources. Understand that some things on the internet are there to harm you.

Tyrants will try to cut you off from the facts. Consider how  Trump regularly dismisses the media as “fake news,” which is exactly what Hitler did in Nazi Germany - statements not to his liking were “lies.”

While in the 1970s it was still believed that lies could never take hold against reality, the world today shows us that this is worryingly easy: the two-dimensional world of the internet can easily spread lies. When people stop interacting with the three-dimensional world, it is easy to fall for misinformation.

That is why it is so important to also read print media, says Snyder. After all, you would pay for a reputable mechanic or plumber, so why not also for your news? Moreover, rely on multiple news outlets rather than just one or two for a broader perspective.

The internet is also dangerous for another reason: your data can easily be stolen. Totalitarianism erases the boundaries between public and private lives. Tyrants will use this for their own aims, so protect your data and privacy. Think about what you are sharing on Facebook, for example. Regularly check your devices for malware as well.

Make eye contact with other people on the street. Smile at them. This is not only polite in most cultures, but breaks down social boundaries. That way, you stay in touch with the three-dimensional world around you.

Tyrants want you to stay at home on your sofa and mindlessly watch TV. Snyder urges us to get up and stop being lazy. Challenge yourself to go outside and to be in unfamiliar surroundings with new people.

Tyrants need to feel the consequences for their actions in the three-dimensional world: so go to protests!

The Solidarity labor movement in Poland in 1980 and 1981 is an example of a successful resistance in the form of protests, when both workers and professionals united to form a free labor union. Because the movement was so strong, it could not be ignored by the reigning Communist party. Eventually, the movement led to the downfall of communism in Poland, and eventually in the Soviet Union.

Contribute to good causes and learn from peers

As an individual, you have a tremendous amount of power to uphold the democratic state. You can do so by giving money to charities that support your worldview, and which, by their very presence, prevent totalitarian governments from forming. You can create a civil society through your donations.

Moreover, make and maintain friends abroad. In the run-up to the presidential election of 2016, most U.S. observers did not believe that Trump stood a chance. Eastern Europeans however, especially Ukrainians, took a different stance: they were very aware of the threats of cyberware and fake news, as these had been the very weapons Vladimir Putin used in an attempt to take power in 2013.

Fascist governments use a particular tactic to gain power: they describe the present moment as exceptional, and then use this state of exception to create a permanent state of emergency.

That is why you need to remain calm in the face of terrorist attacks: totalitarian regimes exploit these events to consolidate power. The Reichstag fire of 1933 was used by the Nazis to start their authoritarian regime by introducing emergency politics. Putin’s rise to power was surprisingly similar.

As the author writes, one “moment of shock enables eternity of submission.”

Be a patriot and be courageous

What does it mean to be a patriot? It means serving your own country. President Donald Trump is not a patriot, but a nationalist, says Snyder - he encourages people to be their worst, while telling them it is their best.

A patriot does the opposite: she is her best self, concerned with the real world, and living up to the ideals of the country. Use this power to set a good example for the future generations of Americans.

Try and be as brave as you can. The author writes. “If none of us is prepared to die for freedom, then all of us will die under tyranny.”

You have the power to challenge totalitarian governments and to stop tyrants from gaining power in the first place. Be vigilant and take note of any abuses of power and unconstitutional behavior. Stay informed by making use of various media outlets and print media. Protect your privacy. Use your right to vote, and your right to protest. Don’t exclude, include.

If you do not have a passport yet, get one! It gives you freedom and allows you to withstand totalitarian regimes.

Timothy Snyder is the Levin Professor of History at Yale University, as well as a member of the Committee on Conscience of the United States Holocaust Memorial Museum. He is also a member of the Counc... (Read more)