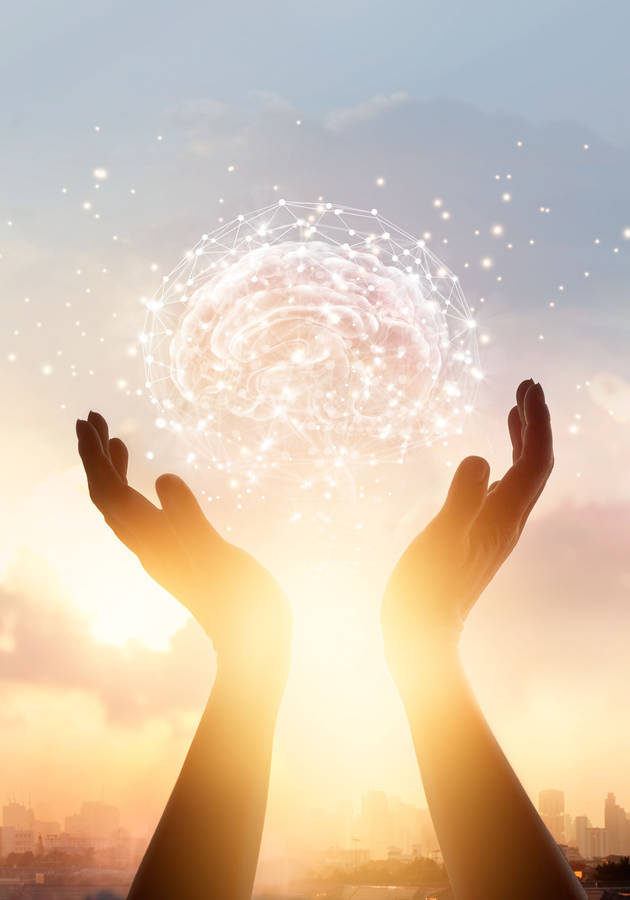 This microbook is a summary/original review based on the book: On Becoming a Person: A Therapist's View of Psychotherapy

A compilation of articles written by Carl Rogers – the founder of the now widely practiced client-centered approach to psychology – “On Becoming a Person” was a major hit when it was first published in 1961, selling millions of copies and bringing the author unexpected national recognition.

In the decades that followed, the ideas popularized by this book completely revolutionized the field of psychology and utterly changed the meaning of the word “psychotherapist.” Get ready to discover why – and precisely how that happened.

After a pretty long career as a researcher in mental health and a practicing clinician, Carl Rogers – now considered one of the most influential psychologists in American history – came to a terrifying realization. Namely, he wasn’t competent enough to solve other people’s problems – even though this was his job. But it was even worse than that: nobody was competent enough. After all, everyone has issues, and what really puts one human being in a position above another one?

But then Rogers became conscious of something even more profound: whenever he had come across a problem in his life, what healed him wasn’t a discussion with a professional, but a conversation with a peer. And, indeed, without even trying really hard, you can probably recall a time when a long talk with a friend of yours somehow made you feel better. It’s even more: it made you feel normal.

That was the breakthrough for Rogers. Contrary to what we intuitively feel, we don’t really want solutions for our problems – we want to be understood. All we really need to live a more fulfilled life is the feeling that our desires and actions are considered normal by the people around us. Consequently, the job of a psychotherapist should be just that: listening attentively and passing no judgment over the patients’ actions, thus creating a safe environment wherein one can get in touch with their true selves.

If that sounds like something every psychotherapist ever has said to you at least a couple of times, consider it Rogers’ fault. According to Peter D. Kramer, M.D., in the introduction to “On Becoming a Person,” certain ideas that Rogers championed  “have become so widely accepted that it is difficult to recall how fresh, even revolutionary, they were in their time.”

However, as is the case with all ideas, Rogers’ realizations didn’t just fall from Mars. On the contrary, in fact: most of them had been in wide circulation around Europe in the decade following World War II, where a new philosophical movement – called existentialism – advocated for something similar. Its leader was a French intellectual by the name of Jean-Paul Sartre, whose lecture “Existentialism Is a Humanism” (1946) completely changed the course of 20th-century thought.

In this lecture, Sartre argued that humans are exceptional species because there is no preconceived meaning attached to their lives. Consequently, they have no choice but to invent it for themselves on the go. A lion, for example, can’t choose to live like a gazelle – no matter how much it might want to. A human, however, can choose to be anything they want to be: there is no essence, no Vitruvian Man-styled blueprint of what it means to be a human being that precedes one’s existence. In other words, for us, “existence precedes essence,” that is to say – we define ourselves through our own actions.

We are also “condemned to be free”: not only we can be whatever we want to, but we are also forced to make choices to become something by the very fact that we are allowed. And yet, we rarely make active choices, opting to live under other people’s values. But why would we do that? Simply put, because it’s easier. It’s always easier to find excuses than to find ways. Even though the former brings frustration, it is much more comfortable than the latter, which always comes with a bit of fear.

Making the choice and confirming the other: Kierkegaard and Buber

Now, Sartre’s inspiration was a great 19th-century Danish philosopher named Søren Kierkegaard. And in Kierkegaard’s eyes, because we are free to choose to be what we want to, our most common despair is “the despair of not choosing, or willing, to be oneself.” And the deepest form of despair is when we choose to be someone other than ourselves. Consequently, our deepest responsibility is to choose ourselves before anyone else. In practice, that means choosing to study poetry even if your parents are forcing you to become a doctor – just because something inside you tells you that this is your path.

The most sacred part of a psychiatrist’s job is to tell you that you’re not wrong in making this choice – no matter what everybody is saying. Their deepest responsibility is to validate the authenticity of your desires. This idea was first introduced by Martin Buber, a German existentialist philosopher. He wrote – “Confirming the other means, accepting the whole potentiality of the other.” Rogers comments upon this sentence thus: “If I accept the other person as something fixed, already diagnosed and classified, already shaped by his past, then I am doing my part to confirm this limited hypothesis. If I accept him as a process of becoming, then I am doing what I can to confirm or make real his potentialities.”

Influenced by either Jung or Freud, Rogers’ predecessors didn’t share this view. Just the opposite: most of them believed that something was disturbing buried deep inside the human heart. Consequently, they thought that it was the job of the psychotherapist to help an individual to either do away with these dark impulses (Freudians) or to embrace them and incorporate them more healthily in the being (Jungians).

“On the whole, the viewpoint of the professional worker as well as the layman is that man as he is, in his basic nature, had best be kept under control or under cover – or both,” writes Rogers. However, during his practice, Rogers discovered something so “foreign to our present culture” that he was afraid it would never be accepted by mainstream practice. Particularly, that “the innermost core of man’s nature, the deepest layers of his personality, the base of his ‘animal nature,’ is positive in nature – is basically socialized, forward-moving, rational and realistic.”

Rogers quotes two authors – Abraham Maslow and Ashley Montagu – as the solitary voices of protest against the widely accepted notion (at his time) that “man is irrational, unsocialized, destructive of others and self.” Montagu believed that cooperation, rather than struggle, was the basic law of human life. And as far as Maslow was concerned, all those antisocial emotions – hostility, jealousy, etc. – were not inane to our nature, but the direct result from “frustration of more basic impulses for love and security and belonging, which are in themselves desirable.” Rogers’ model of dealing with patients stemmed from these findings.

If men are essentially good, Rogers argued, then it’s not a psychiatrist’s job to fix them – but to understand them. And understanding means not judging, even if some things seem wrong or unwise at first glance. And this is how the famous – and now widely practiced – client-centered approach in psychology was born. “I become less and less inclined to hurry in to fix things, to set goals, to mold people, to manipulate and push them in the way that I would like them to go,” writes Rogers. “I am much more content simply to be myself and to let another person be himself.”

Rogers went even a step further: the idea that the therapist should stay calm no matter what was foreign to them since he believed that honesty was possible only in good relationships. And good relationships are always about two honest people – and not about a person spilling guts out and another bereaved of feelings merely nodding opposite.

This formed the basis of Rogers’ widely cited credo: “If I can create a relationship characterized on my part by: a genuineness and transparency, in which I am my real feelings; by a warm acceptance of and prizing of the other person as a separate individual; by a sensitive ability to see his world and himself as he sees them; then the other individual in the relationship: will experience and understand aspects of himself which previously he has repressed; will find himself becoming better integrated, more able to function effectively; will become more similar to the person he would like to be; will be more self-directing and self-confident; will become more of a person, more unique and more self-expressive; will be more understanding, more acceptant of others; will be able to cope with the problems of life more adequately and more comfortably.”

“I believe that this statement holds whether I am speaking of my relationship with a client, with a group of students or staff members, with my family or children,” concludes Rogers. “It seems to me that we have here a general hypothesis which offers exciting possibilities for the development of creative, adaptive, autonomous persons.”

Rogers’ greatest realization was that most of our issues can be boiled down to a single problem: not living our lives in a way that truly expresses who we are. More often than not, all of us tend to lock ourselves within the imaginary confines of an existence that is not only foreign to us, but, even worse, is seemingly final.

Psychiatrists should help us see beyond this and teach us that we’re constantly in the process of becoming something other than what we are. And becoming is messy and packed with contradictory feelings and beliefs that must not be forcefully managed by someone on the outside – but freely analyzed through by a peer. And that’s what psychiatry should be about.

“On Becoming a Person” is one of the ultimate psychology classics, and though written in a somewhat outdated style and a bit long – more than 400 pages – it is certainly a must for everyone who wants to understand better the nature of human beings or that of psychotherapeutic practice.

One of the very first modern psychology bestsellers, “On Becoming a Person” is more than just another book on how to live a more fulfilled life: it’s one of those that can actually help you attain it.

Try to understand other people’s choices – even when they are not the ones you’d make in their place. You’re probably not helping otherwise.

Carl Rogers (1902-1987) is the founder of the client-centered approach in psychology, a widely recognized and implemented approach by many professionals. The American Psychological Association honored Rogers with the award for Distinguishe... (Read more)