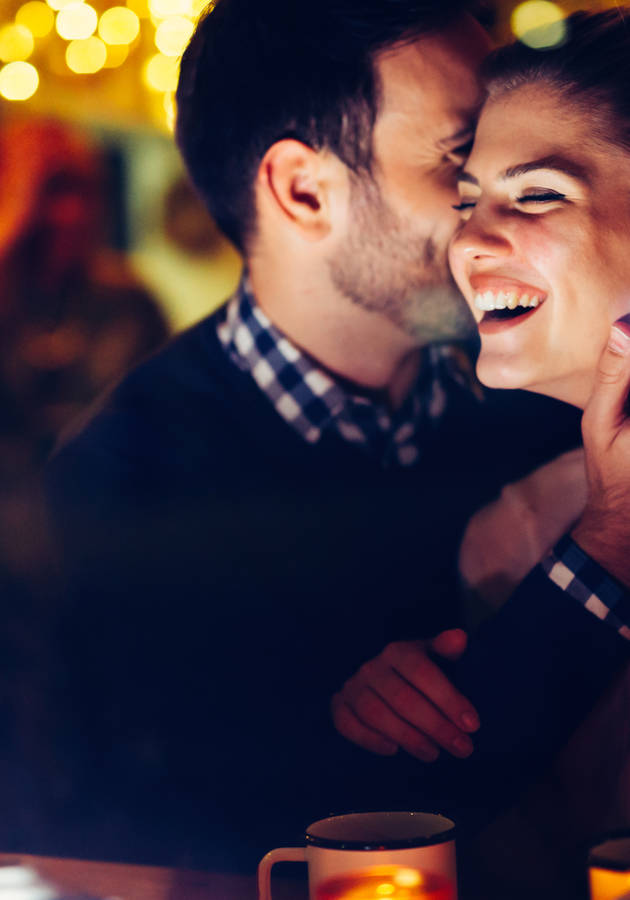 This microbook is a summary/original review based on the book: Never Chase Men Again: 38 Dating Secrets to Get the Guy, Keep Him Interested, And Prevent Dead-End Relationships

Tired of Mr. Time-Waster, Mr. Keeps-Things-Casual, or Mr. Commitment Issues? Well, “Never Chase Men Again” by Bruce Bryans helps you get Mr. McDreamy or Mr. Right in just 38 dating tips! So, get ready to learn how to get the guy you want, how to keep him interested, and how to stop winding up in dead-end relationships!

How to reinforce his attraction and train him to chase you

1. Never be too accessible. “What we obtain too cheap, we esteem too lightly,” wrote Thomas Paine a few centuries ago. The maxim applies to everything – including dating: if you allow yourself to be too available to a man, he’ll probably grow tired of you before you can say – “But I’ve already planned our wedding…” Not being too accessible doesn’t mean playing hard to get – but being hard-to-get. This means that you should have “an exciting, attractive life of your own.” If you can do without him, he won’t be able to do without you.

2. Be cautious in how you keep in touch with a man. “If you find yourself in a position where you’re predominantly the first one to text, call, and make plans, you’re playing the ugly game of Chase-a-Man,” writes Bryans. In other words, if you want to keep his interests in you both elevated and unmistakable, then do not initiate the majority of your contacts.

3. Prioritize phone calls over texting. If a guy can’t commit to calling you regularly, he certainly won’t commit to you in the ways and shapes that are more important.

4. Don’t be a flake. Reliability is an attractive quality in all people, but it is especially in women since usually deemed a male trait. So, follow through on your word – it’s the first step toward building a trust-based relationship.

6. Never risk your self-respect by trying to force a man to take an interest in you. If someone is not interested in you – just let him be. Don’t lose your dignity for anyone: you’ll probably get nothing out of it – but self-esteem issues for the future.

7. Show restraint in displaying your infatuation. Unless you start noticing that you've been tagged as a worthy pursuit by the mind of your love interest, it is wise to withhold on the romance and fixation. And how would you know when is the right time for head-over-heels behavior? Easy: “if a man is making sincere and consistent attempts to make you want him, there’s a high chance you’ve taken up a place of importance in his mind.”

8. Show flexibility and be easy-to-please. Dating is chaotic, but so is life. So, don’t sweat the minor details in the early stages of the relationship. Men like adaptable women – because adapting is what you do to ensure a long-term relationship.

9. Be willing to show your vulnerable side. Only self-reliant women can make high-quality men crawl with desire. But it is their vulnerability that delivers the final blow. So, when the time is right, bare your soul – and you will melt his heart.

10. Escalate his emotional attachment to you. Contrary to popular belief, men – at least, the ones that are worth the effort – want emotional intimacy. You have two ways to give that to them: be receptive and appreciative of his attempts to demonstrate his love; love him proactively and draw him close to you with “enticing moments of female tenderness.”

The right mindset and approach for winning with men

11. Do not confuse a great guy with the right guy. “A man might be an irresistible catch and yet he may still not be ready or willing to give you the commitment you want,” writes Bryson. He advises you should “appraise the men you date based on both their inner qualities and the compatibility of your commitment goals.”

12. Do not diminish the value of your love by lavishing it freely upon a mere casual suitor. According to Bryson, “female devotion, when a man has not yet earned it, is not perceived as ‘devotedness’ in his eyes… it is seen as desperation.” Don’t allow yourself to become an object of amusement to another person: give your heart away only to the right guy and only after noticing that the feelings are mutually shared.

13. Set your standards high. As Stephen Chbosky beautifully put it in “The Perks of Being a Wallflower,” “we accept the love we think we deserve.” So, if you want to find someone with high standards, set them for yourself first. Remember: “no man’s dream-girl is a doormat.”

14. Never sacrifice your deepest passions in life just to keep a man interested in you. Men don’t want girls whose dignity is less important to them than their relationship status. Don’t sell yourself short.

15. Do not tolerate men who feel the need to conceal you from the world. When a guy is serious about the woman he’s with, he’ll want to show her off to everybody – it’s the best way to find out how important you are to him.

16. Do not deprive a man of the joy of conquest. Men like to woo women. Don’t rob them of this opportunity by rushing to attain a commitment.

17. Do not allow a man’s love for you to stagnate. When you feel his interest waning, make him anxious by telling that you felt his interest fade and making yourself slightly unavailable. Make him pursue you for a second time.

18. Never act exclusive with a guy who’s still looking to keep his options open. If he doesn’t want to commit after some time, then there’s no point in waiting for him. Value your dignity above everything else.

20. Ensure that you accept how men actually are when it comes to sex rather than how you wish men were. Men will do almost anything for sex. So, until you have sex with a man, you possess almost all the power in a relationship. Hold on to this power as long as possible to weed out the disinterested and force the worthy ones to make the maximum amount of effort to get you.

21. Resist his aloofness. Men can use aloofness as a weapon, just like sex. Don’t fall into this trap: as exciting as his emotional distance might be, don’t allow for it to become a training tool.

Communicate high value and be the woman men adore

22. Stay positive as you search for the right suitor. Don’t be easily disheartened by bad breakups – they are part of the dating process.

23. Be graceful when communicating with men. According to Bryson, “the masculine heart is helpless in the presence of a woman whose language is tender and respectful.” Refine your emotional intelligence.

24. Embrace your inner vixen. That’s right: don’t be a prude. Learn to be confident in your skin. Use your God-given gifts to turn men’s heads – and casually enjoy while they orbit around you.

25. Do not become complacent with your appearance after you’ve attained an exclusive relationship. The dating marketplace is a war zone. Don’t fall on your laurels once you get the man you want.

26. Do not verbalize your insecurities in such a way that it sabotages a man’s perception of you. Do not draw attention to your perceived inferiorities, limitations, or insecurities. Instead, believe that he has to earn you and can’t do better than you.

27. Resist the urge to seek constant and excessive approval. Don’t turn your relationship into a chore for him, especially not after he’s committed to you.

28. Conquer the “princess syndrome.” Do not enter a relationship with a preconceived notion of how you should be treated based solely on your imagined worth. Don’t be manipulative into getting the guy treating you this way: you’ll just end up with a doormat, a servant – a spineless man you will never be able to respect.

29. Deserve what you want. Pursue feminine sophistication. Refine both your character and personality to become a woman of higher value.

30. Resolve to be a woman who only dates men of a higher quality. A reputation for dating dissolute men can come back to haunt you – especially in subcommunities such as college or your workplace.

31. Adopt an “I don’t need you to want me” attitude. When he says he’s not looking for a relationship – respond casually. Don’t seem desperate or needy. Keep your poise and power despite a  man’s rejection.

32. Do not move in with a man. Living together only exacerbates relationship issues. Unfortunately, unlike marriage, it comes with no external pressure – which is sometimes necessary if you want to see these problems fixed. As conservative as it might sound, you should only move in with a man after he’s put a ring on it.

33. Do not date a married man. You don’t want to be a sidepiece. No matter what the circumstances are – stay away from married men.

34. Be a man’s ‘mountain’ – not his ‘stepping-stone.’ In other words, don’t be the woman that helps a man reach the top of his game – but the woman he feels like he deserves once he arrives there.

35. Date with a clear purpose in mind. It’s easy to be distracted in the dating game. But, if you want to play it right, “know what you want and resolve not to settle for anything less from a man.”

36. Guys who dump you should no longer exist. Boys dump girls only when they stop being interested in them. And if he contacts you after a month, it’s not because he’s sorry – but because he wants to remind himself that he can do better without you.

37. Don’t try to be “one of the guys.” Resist adopting masculine tendencies. Once you start giving off a “bro” vibe, he’ll stop thinking of you as a romantic interest.

38. Date as if you believe, without a shadow of a doubt, that you truly deserve a man’s unconditional love. As Bryson writes, “you must believe and therefore act like you are a prize worth pursuing by a high-quality man.”

“Never Chase Men Again” is another dating manual written by a man; refreshingly, this one’s for the benefit of women, particularly those with more conservative values. And if you are a woman who wants “a loving relationship that can lead to marriage” – surely there are worse books than Bryson’s brief but useful 38-rules manual.

Be a woman deserving of love and commitment – and act the part.

Bruce Bryans is a bestselling American author interested in dating and mating rituals of men and women. Before becoming a full-time writer, he ran a successful romance advice website. He has... (Read more)