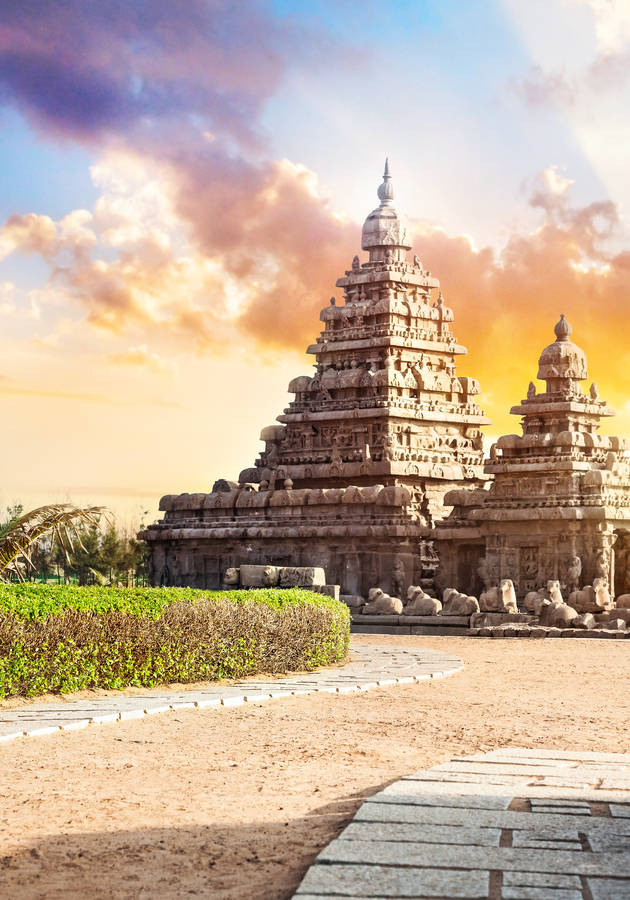 This microbook is a summary/original review based on the book: Modern South India: A History from the 17th Century to Our Times

In 1955, renowned Indian historian Kallidaikurichi Aiyah Nilakanta Sastri published his monumental “History of South India: From Prehistoric Times to the Fall of Vijayanagar.” Rajmohan Gandhi’s “Modern South India” is imagined and written in the form of a worthy sequel, as it covers the last four centuries of South India’s history.

So, get ready to spend some time with sultans and political leaders and prepare to discover what makes South India so unique and special!

Seventeenth century: sails on the horizon

“Modern South India” begins where Sastri’s “History of South India” ends: with a breakdown of the fall of the Vijayanagara Empire (1336 – 1646), the last great medieval empire of the South, and the subsequent rise of the Deccan Sultanates (1527 – 1686), five Indian kingdoms on the Deccan Plateau ruled by Muslim invaders.

Quite appropriately, the narrative begins on January 23rd 1565, when a watershed battle between these two powers took place at Talikoti, today a town in northern Karnataka, about 50 miles (80 kilometers) to the southeast from the city of Bijapur.

At first, the battle seemed as if it would end with an easy victory for the Vijayanagara Empire, but, then, Aliya Rama Raya, the de facto ruler of the empire and fearsome leader of its army, was unexpectedly captured and beheaded by the Muslim soldiers. The sight of Rama Raya’s severed head attached to a spear and taken for a stroll on the battlefield caused confusion and mayhem inside the Vijayanagar camp and this led to an ultimately decisive victory for the Deccan Sultanates of Bijapur, Ahmadnagar, Golconda, and Bidar. The Vijayanagara Empire never recovered: it went into a long period of decline and eventually collapsed.

Strangely enough, pretty much the same happened with the newcomers: the Deccan Sultanates. Instead of using the victory to build a new, even more powerful empire, they seem to have ignored the main lesson they should have taken from the victory – namely, that strength lies in unity. After the victory at Talikota, in the absence of a joint external enemy, the Deccan Sultanates reverted to in-fighting, and this made them an easy target for the Mughal Empire, a Mongol force directly descended from Timur and Genghis Khan.

The rise of the Muslim Mughal Empire during the 17th century coincided with the rise of the Hindu Maratha Empire, as well as with the advent of a few other nayakas, princes, chieftains, and poligars that ruled different regions across the South Indian plateau. Of course, the competition raging between all of these – and the incessant Mughal-Maratha Wars – made the job of installing colonial rule in South India quite easy for the wealth-thirsty Europeans, primarily the British and the French. It’s not that difficult to guess what followed, isn’t it?

Well, before that – there’s still an important part of the story that mustn’t be left out. Because before the British defeated the French and conquered the entire subcontinent of India, they still had to face a formidable enemy in the southern Deccan.

The kingdom reached the height of its powers in the second half of the 18th century, first under the rule of Haidar Ali, and then – and especially – under the rule of his pretty controversial son Tipu Sultan, who managed to annex parts of present-day Kerala and Tamil Nadu. “Tipu and his father Haidar were central to the 18th century's second half,” writes Gandhi. “Between them, they provided a stable 38-year rule that not only brought economic progress to a large portion of southern India but it also almost foiled Britain’s conquest.”

This is not an exaggeration: by the time Haidar Ali came to power (1761), the Europeans had already asserted their presence on the continent, pitting nominally independent rulers against each other and dividing the Mughal and the Maratha empires piece by piece. Haidar – though an illiterate man, in retrospect, a military, and economics genius – allied with the French and fought against the British in the first two  Anglo-Mysore wars.

During the second, the British – and the world – first saw and were humbled by the employment of rocket artillery in warfare. The highly inventive Mysorean rockets served as the direct basis for the technology behind the subsequent Congreve rockets, which the British used effectively during the Napoleonic wars. Had Haidar Ali not challenged their invasion in South India, they might have had more problems beating the French in Europe! Who knows?

Unfortunately, Haidar Ali died from cancer during the Second Anglo-Mysore War (1782), leaving his son Tipu Sultan on the throne in the middle of a bloody conflict. Despite a preliminary peace treaty between France and Britain was agreed in the following year (leaving the Kingdom of Mysore allyless), Tipu did manage to hold his ground against the foreign invaders on his own, winning several important victories against the British, and negotiating the 1784 Treaty of Mangalore, which basically meant that he had won.

Of course, this made the British a bit angry, and during the next two Anglo-Mysore wars, they got their revenge, assassinating Tipu Sultan, who was killed on May 4th, 1799, during the Siege of Srirangapatna, while defending his fortress. South India didn’t belong to the Indians anymore: it had become a British dominion.

Nineteenth century: a gift for the queen

Three things before we proceed. First of all, when we say ‘the British’, we mostly mean the British East India Company that, at around this time, “employed a small country and earned more than the British government itself.” If that was not enough, the East India Company also employed an army of about 300,000 soldiers – twice the size of the British army itself. In other words, India was occupied not only politically, but also economically – being one of the severest victims of capitalism’s most vicious form, imperialism.

Secondly, idolizing Haidar Ali and Tipu Sultan is the wrong way to go: the two were not without grave failings. And this is especially true for the latter, who became more than controversial nowadays, primarily because of his treatment of Christians and Hindus – as well as for his tyrannical and despotic behavior.

Third and finally – to quote Gandhi – both Haidar Ali and Tipu Sultan (as well as subsequent freedom fighters) “deserve a frank study of their lives in their times, not labels handy for squabbles in our times.” In other words, Tipu Sultan is part of India’s history, and, in his time, he was part of a war against a powerful foreign enemy – and he should be treated as such.

Unfortunately, he was also pretty much the last one: though the following decade saw a string of impassioned rebellions across the South – including the Vellore Mutiny of 1806 and revolts in Kerala, spearheaded by Pazhassi Raja (killed in 1805) and Velu Thampi (who killed himself in 1809) – the East India Company had subjugated the entire South when it defeated Tipu.

Consequently, the most important thing that happened to it during the 19th century was when its rule was passed from the hands of a private company (East India) to the British monarchy itself (“a gift for the queen”). Thus, Queen Victoria became the Empress of India, and her glorious empire ruled ingloriously with an entire subcontinent until well into the 20th century.

If the 19th century saw South Indian rulers fighting against the British Empire only in a few sporadic, isolated military campaigns led by nawabs and rajas, the 20th century saw the unification of the subcontinent under the leadership of several prominent leaders and parties.

In addition to the influential national parties such as the Indian National Congress and the Muslim League, the Indians united in quite a few regional ones as well, such as the Andhra Mahajana Sabha, the Justice Party, and the Dravida Kazhagam. Gandhi treats his readers with quite a few engaging biographical sketches of prominent South Indian leaders – mostly socialists and communists – such as Annie Besant, EMS, C.N. Annadurai, Periyar E.V. Ramasamy, Perumal Varadarajulu Naidu, Kumaraswami Kamaraj, as well as his very own grandfather (through his wife), C. Rajagopalachari.

Unsurprisingly, Gandhi is at his best when he chronicles this period, especially the Vaikom Satyagraha of 1924-25, which transpired five years before Gandhi’s famous Salt March and which delivered the first major blow against the notion of untouchability in Hindu Society – especially in South India. “In the Malayalam country,” informs us Gandhi, “Vaikom helped the freedom and social justice movements to join hands. Elsewhere in India, the news from Vaikom confronted insulated caste Hindus with the ugly realities of untouchability and unapproachability.”

After India won its independence in 1947, new states were formed in the south along linguistic lines: Tamil Nadu, Karnataka, Kerala, and Andhra. Gandhi ends his book with a look at the new generation of political leaders and optimism as to what the future holds.

On the face of it, the history of South India is a story of four powerful cultures: Kannada, Malayali, Tamil, and Telugu. However, it is also a story of numerous others that have influenced and shaped these four dominant civilizations: the Kodagu, Konkani, Marathi, Oriya, Tulu, and even some older and “tribal” ones. But if that is the case, what is the thing that unites them? What makes South India a uniquely unified region, different from the rest of the subcontinent?

According to Rajmohan Gandhi, there are at least three things. First of all, there are the geographical and the linguistic threads, which “have given the South Indian peninsula its unity and distinctiveness. Because of the Arabian Sea and the Bay of Bengal, European countries like Portugal, Holland, England, and France impacted the South in ways not experienced by northern and central India.” Secondly, “the South’s major languages have Dravidian rather than Sanskritic roots, even though their vocabularies have been enriched by borrowings from Sanskrit and elsewhere.” And finally, “the Dravidian/Aryan question resonates, not necessarily divisively, in many southern minds.”

And this is why the South deserves a story of its own. Even so, as Gandhi writes, “the sounds and flavors of the land south of the Vindhyas – temple bells, coffee and jasmine, coconut and tamarind, delicious dosai and appams – are familiar to many, but its history is relatively unknown.” And that’s where this book comes in. Its main hope: to align the past of the South with the present of the North, firmly believing that “fascination with the history of one’s neighborhood can harmonize with interest in the national story.”

Researched in detail and engagingly written, “Modern South India” is labeled, by its publisher, “a masterpiece in every sense of the word” and described as “a rich, authoritative and magnificent work of history about the South that will be read, debated and reflected upon for years to come.”

For once, this is not merely a marketing trick. Highly recommended for history buffs and people interested in Indian history.

Rajmohan Gandhi is an Indian historian, biographer, and politician. Grandson of both Mahatma Gandhi – through his father – and Chakravarthi Rajagopalachari – through his wife’s f... (Read more)