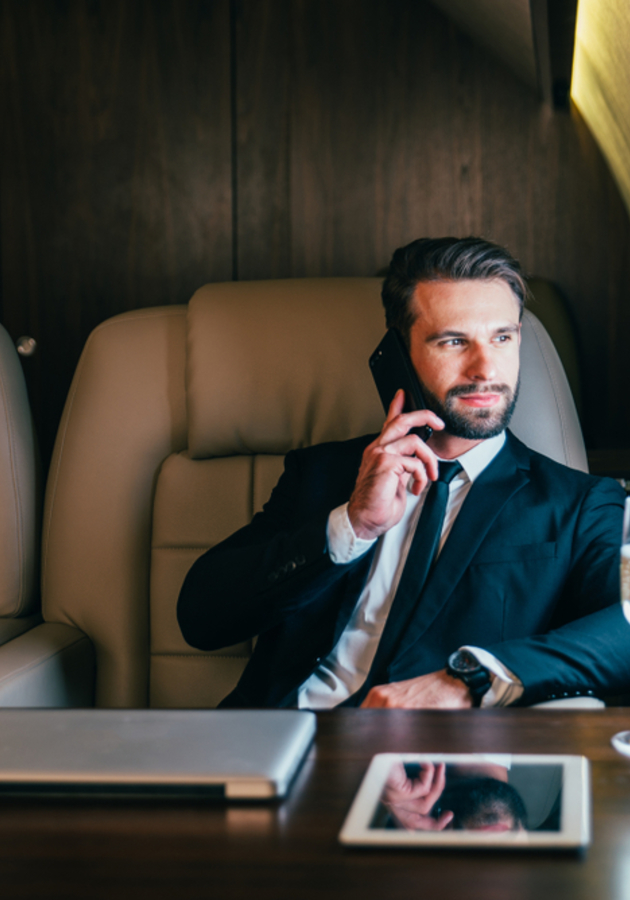 This microbook is a summary/original review based on the book: Miracle Morning Millionaires: What the Wealthy Do Before 8AM That Will Make You Rich

Do you struggle to get out of bed in the morning? Do you consider yourself a night owl and believe that there is nothing you can do about it? Then you are in the same position as David Osborn, one of the authors of “Miracle Morning Millionaires” once was. After changing his habits, Osborn realized that getting up early is the key to getting rich - so get ready to learn how to make the most of your mornings!

Believe it or not, there is a connection between mornings and wealth. One of the authors, David Osborn, quickly realized this when opening his first business. He had always been a night owl, but while his work consumed most of his evenings, he also wanted to spend time with his family in the mornings. He realized that in order to make the most of his day, he would have to seize the mornings.

You may already have heard the popular personal financial advice of “pay yourself first.” If you wait until the end of the month before putting some money away, there will probably be nothing left.

The same advice is true for your time. Your time can be used for self-development or for other activities that you enjoy, such as spending time with family and friends. But usually, when you try to make time later in the day for these things, it will have been consumed by other activities such as work. That is why it is so important to set some time apart for yourself first thing in the morning.

Osborn says, “Miracle Mornings are like paying yourself first - in wisdom, productivity, and clarity.” Your morning sets the tone for the rest of the day. And the world around you lives in daylight - so to make the most out of your life, stop being a night owl!

On top of that, studies have shown that getting up earlier increases your productivity, and you become more proactive. Professor Christoph Randler from Heidelberg University in Germany found that, “People whose performance peaks in the morning are better positioned for career success because they’re more proactive than people who are at their best in the evening.”

Making use of Miracle Mornings will also help you anticipate problems and even give you more energy. So, how can you make the most of your mornings?

How to become a morning person

You probably know the feeling. Going to bed in the evening, you are full of energy and you cannot wait to get up the next morning and do all the amazing things you have planned. And then, sooner than expected, your shrill alarm clock pulls you out of a deep sleep. Within seconds, all your motivation is flushed down the drain.

This is when the process of rationalization sets in: It only takes seconds for your brain to convince you that it is okay to sleep a few minutes more. You hit the snooze button, turn around and try to get some more sleep. But as stand-up comedian Demetri Martin has pointed out: “If you really think about it, hitting the snooze button in the morning doesn’t even make sense. It’s like saying, ‘I hate getting up in the morning, so I do it over, and over, and over again.’”

When it comes to morning routines, people can be sorted into two camps: “overwhelm” and “underwhelm.” In the “overwhelm” camp,  people are characterized by frantically struggling to catch up after having very reluctantly left the bed in the morning.

Those in camp “underwhelm,” on the other hand, lack goals and drive, will sleep in, and will procrastinate throughout the day at every opportunity. No matter what camp you are in, you probably feel like you can never get as much done as you want to.

Many people struggle to get up in the morning because there is simply nothing that motivates them to get out of bed. But fear not, there is a way in which you can simply increase your Wake-Up Motivation Level (WUML) - and it does not take more than five minutes.

With your WUML increased, you have now gotten up early and you have the entire morning ahead of you. So how do you use this time to become wealthy?

A few years ago, one of the authors, Hal Elrod, went through a difficult time. He had hit rock bottom for the second time in his life, when his business failed in the 2008 financial crash. The first time he had hit rock bottom was when he died for six minutes in a car crash at the age of 20.

None of the practices Elrod knew about at that time seemed to help him get back to his normal self. So he went out to look for the six best personal development practices and started to do them every single morning. These are the Life S.A.V.E.R.S described in the book. Within two months, he had achieved miraculous results. He had more than doubled his income and was also training for a 52-mile ultramarathon, although he had never enjoyed running before.

The Life S.A.V.E.R.S. can help you as well. Practicing these every morning will give you clarity and put you into your peak state every single day - mentally, physically, emotionally, and spiritually. So, here they are:

The secret of becoming a millionaire

Imagine you are a participant at a game show, and you have made it to the final round. You are in for the big prize - $1 million, tax-free! All you have to do is to choose between two doors. But just as you are about to make the choice, it gets even better: the gamemaster tells you that the prize is behind the left door! All you have to do now is to choose the left door and you will be a millionaire.

Believe it or not, this fictional game show actually demonstrates the choices you have in real life. Becoming wealthy is your choice. There is a difference between wanting and choosing. Wanting to be a millionaire often makes people blow their money on quick-fix schemes that promise them wealth, but do not actually deliver any.

If you really want to become a millionaire, you will have to choose to be one by doing three things: start and grow a business, invest in real estate, and keep your job as a safety net. Once you have made the active choice to become wealthy, your actions and decisions will all lead you down that path.

Sounds easy enough, right? But maybe, like many others, you are struggling to transform your financial life. That is because humans are a lot like hermit crabs. Since hermit crabs have no natural protection, they have evolved to live in others’ shells. But when they grow, they will have to change their shells as well.

Our shells, as humans, are not physical, but mental. We have grown into a box of mindsets and beliefs that have developed from habits. If you want to make a change in your life and you want to become wealthy, you will have to take a risk and find a bigger shell, just like hermit crabs expose their soft bodies for a short period of time to move to a bigger home.

To find a bigger box it can help to focus on your vision: what is it that you want in life?

Once you have realized your vision, it is time to create a flight plan. Planes need two pieces of information to reach their destination: the goal (destination), and a map of how to get there. So your personal flight plan is a combination of your goals and the steps you need to take to get there.

A goal without a plan results in short-lived excitement, while a plan without a goal only creates empty busyness in your life. That is why Osborn keeps a journal. The front section is dedicated to his thoughts, while the back section focuses on his goals. He did not start out as a born goal setter, but he has perfected the art over time.

One thing to remember is to set your goals only when you are in a peak state. This is when you feel your best, and you have an increased awareness, mood, and energy. Setting goals in this state will allow you to set better goals and to be more motivated to achieve them.

You also need to remain flexible and to continually review your goals to see if they still serve you. Finally, reward yourself when you have achieved a milestone!

Now that you have set your goals, it comes to planning how to reach them. In your plans, it is important to always have the smallest next step. Baby steps to your goal work like compound interest - they multiply!

For all the planning, however, you will still probably have days when you feel there are not enough hours to get everything done. The authors have a few simple strategies to optimize your time usage.

One of those is to assign ABC priorities to all your tasks, with A being the highest and C being the lowest priorities. And then, just work on the A’s. No matter how difficult these tasks, always focusing on the top priorities will actually allow you to get more done in your day.

This is not simply time management or prioritization, it is the realization of a maxim that every would-be millionaire has to learn, “To become wealthy, you need to learn to get more from the resources you have.”

It is your choice whether you want to become a millionaire or not. But the first step on your journey is to start seizing the mornings. Instead of continuously hitting the snooze button, start your day with a routine involving meditation, reading, and exercise. You will see that you will become much more proactive and productive by adopting a Miracle Morning, and you can use the time to become a millionaire as well!

Start keeping a journal to keep track of your development and your goals.

Hal Elrod is an American author, success coach and keynote speaker. He is the author of the bestselling “Miracle Morning” series. At age 20, he was involved in a horrific car accident and told b... (Read more)

David Osborn is a businessman and owns the sixth largest real estate company in the U.S. He is the New York Times bestselling author of “Wealth Can’t Wait” and he co-authored “Miracle Morning Millionaires”... (Read more)