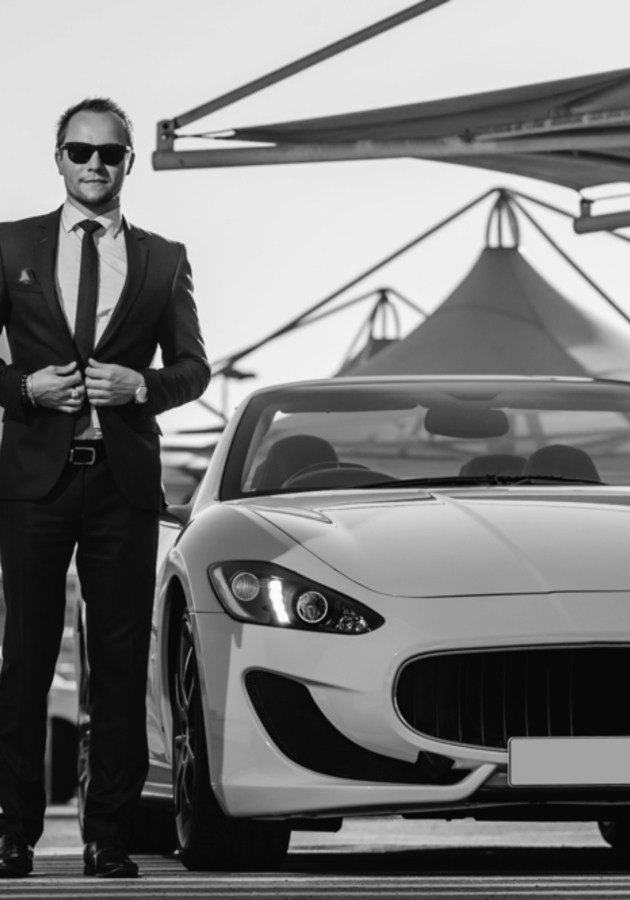 This microbook is a summary/original review based on the book: Millionaire Success Habits: The Gateway to Wealth & Prosperity

“This book,” says the blurb for Dean Graziosi’s “Millionaire Success Habits,” “is not about adding more time to your day: it is about replacing those things that are not serving your future with success habits designed specifically to assist you on your journey to a better you.” Get ready to discover a few of them – but not before hearing a success story like no other!

The incredible success story of J.P.

In the spring of 1944, a boy known as J.P. was born to immigrant parents in the rough Echo Park neighborhood of Los Angeles. His parents divorced when he was just 2 years old. Not long after, his mother proved unable to support him and his brother, so the siblings were sent to a foster home, where they lived for the following seven years. Upon returning to live with their mother, J.P. and his brother began selling Christmas cards, flowerpots and newspapers to support her. Even so, because of a lack of parental guidance, they fell into the wrong crowd in their teenage years, joined a local gang and struggled to pass their classes at John Marshall High School in Los Angeles.

One day in the 11th grade, J.P. was singled out by his high school teacher for bad behavior. “Don’t hang around him,” the teacher proclaimed to the rest of the class, “because he’s never going to amount to anything.” “The hell with that guy,” J.P. remembers thinking. “I’ll prove him wrong.” And so he did – although it didn’t happen overnight. After graduating high school, rather than going to college, J.P. chose to join the U.S. Navy. Not long after, he married and had a son. To make ends meet, he held various low-paying jobs, working as a janitor, a gas station clerk, an insurance salesman and even a low-paid door-to-door encyclopedia salesman. For a brief period of time, he had a somewhat steadier job as an entry-level employee at Redken Laboratories, but was fired after a disagreement with his boss.

As a result, J.P. became homeless as a young adult. To make matters worse, his wife left him around this time, taking all of the couple’s saved money with her and leaving J.P. alone with his 2.5-year-old son and no more than $700 to his name. Determined to succeed for his boy, J.P. invested all that money to found a hair care company – and this, despite having to live in his 20-year-old car at the time! The gambit paid off: according to Forbes magazine, J.P. is now one of the 250 wealthiest Americans, with a net worth in the range of $3 billion. His full name is John Paul DeJoria, and that company he formed with the last $700 he had back in 1980 was the hair care giant, John Paul Mitchell Systems. DeJoria has founded several other successful companies since, including the famous tequila maker Patrón Spirits. “It’s not where you start,” he’s fond of saying today, “it’s where you finish.”

The success habits of J.P.

DeJoria’s Rocky-like success story is not just inspirational, but revelational as well. In other words, it doesn’t only show that you can go from sleeping in your car to being a multibillionaire, but it also reveals that climbing up the ladder of success has little to do with luck and a lot to do with the right habits and the proper attitude. In fact, that’s precisely what DeJoria learned on his journey from rags to riches, and what he shares today with many wannabe entrepreneurs and startup founders, not to mention pesky journalists interested in his story.

In his opinion, DeJoria developed his first success habit while working as a janitor at a local dry cleaner. Even though he was earning just $1.25 an hour, he was working as hard as he possibly could. One day, his boss called him over to commend him on the great job he was doing. “For some reason,” he told him, “you clean this place as if I’m watching you every minute!” Indeed, DeJoria says, that’s what successful people everywhere are doing: whether they’re working for somebody else or working for themselves, they do whatever they do to the best of their ability – “as if the boss is watching them every minute of every day.”

The second “life-long success habit” DeJoria acquired was while he was working as a door-to-door encyclopedia salesman. “I would knock on 50 doors and all 50 would be closed in my face,” he remembers. “So, I had to learn how to be just as enthusiastic on door number 51 or 151 as I was on the first door.” In addition to learning how to overcome rejection, during this time DeJoria also learned the secrets of the art of persuasion and that of communicating with people by listening to them.

It was these habits that helped him grow John Paul Mitchell Systems by leaps and bounds after founding it with mere $700 dollars. However, it was two completely different success habits that allowed DeJoria to establish his company in the first place. Almost the less important of the two was his resolve to ignore all the naysayers around him and his related commitment to his vision. The more important of the two was, of course, having that vision from the get-go.

The foundation for all success

“Whither goest thou?” Saint Peter supposedly asked the risen Jesus Christ once, after meeting him in a vision just outside of Rome. Two thousand years later, Dean Graziosi asks you the very same, albeit in a slightly less poetic manner: “Where the heck are you going?” As seemingly obvious as the questions might seem, most people don’t really have an answer to it. All they have are a few “I don’t want’s” and maybe one or two imagined ways out, ranging from redesigning their CVs to investing in a bubble.

It’s one thing to desperately want out of your despairing life, but a completely different thing to know what precisely you want out of life. Whenever Graziosi asks people this follow-up question, most reply with puzzlement and a creased brow. It’s like they want to immediately jump into a fast car, he explains, without knowing where they want to go. As Tracy Chapman sings, you need both a fast car and a plan to get out of here; otherwise, you’ll either end up nowhere or you’ll run out of gas in the middle of anywhere. “What’s crazy about today’s society,” remarks Graziosi, “is that everybody is racing around with ‘Ferrari brains’ but no one has their GPS on!”

That’s why the foundation for all success is twofold: having a specific vision of where you want to go, coupled with a clear idea of where you currently are. A great way to develop a vision that goes beyond your daily grind is reverse visualization. Instead of imagining your best future in the present moment, imagine your best version a year from now looking back to today and seeing what’s wrong. From that future vantage point, ask yourself what would have had to happen for you during the previous year to get to where you are? That’s it: that’s your plan!

Going deep: the root “why” and the two wolves

In view of the necessity of a clear vision to succeed in life, the most important millionaire success habit you can develop is the seven levels deep “why” habit. It entails moving progressively deeper into your reasons for being by asking “why” questions seven times, with each question being based on the previous answer. Why do you want to leave your job? Is it because you want to earn more money? A good reason, but not deep enough. You need to go seven levels deeper, starting with “Why do you want to make more money?” Eventually, you’ll get to the root of your “why” – your motivation, the driving force behind everything you do.

It also helps them fight the villain living inside them and awakens their inner hero. A great Navajo story speaks volumes of the essence of this ancient conflict. In the story, a grandmother tells her grandson that there are two wolves constantly battling one another inside his heart, one of them malicious and pessimistic, and the other one compassionate and positive. “Well, which wolf wins the battle, grandma?” asks the grandson after learning of their existence. “The one you feed, boy,” replies the wise old woman. “The one you feed.” If there’s one thing you should take away from this summary, make it this one: the bad wolf feeds on business and boredom; more than anything, the good wolf needs a “why” to grow and strengthen.

To feed the good wolf living inside your heart and help him win the battle against the bad one, you need a little more than a root “why”: you need to attach a few success habits to it. Here are the ones Graziosi advises as the most important:

“In this incredibly inspiring book,” writes motivational coach Brandon Burchard of “Millionaire Success Habits,” “Dean Graziosi gives us the key to greater happiness, wealth and freedom.” Even though, in our opinion, that is an overstatement, there are still a lot of things to like in Graziosi’s book.

However, don’t expect anything original or out of the ordinary: the book reads better as a compilation of great stories and good pieces of advice than as a work of revolutionary insights. Too bad it’s marketed the wrong way.

Start your journey to success with your destination in mind. “When you have the right success habits,” writes Graziosi, “you get to go fast in the right direction because you know the destination in advance.” Otherwise, you’re risking to end up nowhere with an empty gas tank.

Dean Graziosi is an American serial entrepreneur, investor and bestselling author. He has started or played a major role in 14 different companies, including the Mastermind.com platform, a collaborative venture with business... (Read more)