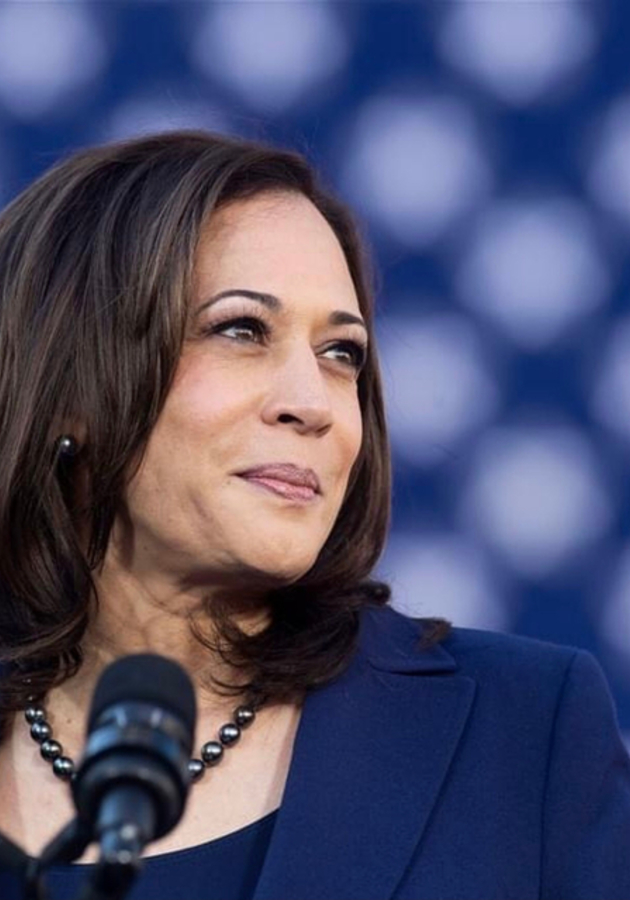 This microbook is a summary/original review based on the book: Kamala’s Way: An American Life

Kamala Harris, the first female and first African and Asian American vice president, is also the highest-ranking female official ever in U.S. history. How did she reach the pinnacles of American politics? And what made her the perfect choice as Joe Biden’s vice-presidential candidate? Get ready to learn more about America’s 49th vice president, Kamala Harris.

Kamala Devi Harris was born in 1964 as the eldest daughter of Shyamala Gopalan Harris and Donald Jasper Harris in Oakland, California, two weeks before election day. Her middle name, Devi, is the name of the Hindu mother goddess.  She has one younger sister, Maya Lakshmi, who is one of her closest confidantes to this day. Their mother decided to give both daughters names from Indian mythology to preserve their cultural identity.

Their parents separated in 1969. While Kamala is fond of both her parents, it is really Shyamala who has had a lasting influence on her daughter. Born in India as the eldest of four children, Shyamala went on to become a leading researcher for breast cancer in the United States.

Kamala frequently cites the nuggets of wisdom her mother gave her as having an impact, such as, “You may be the first to do many things, but make sure you are not the last.” Kamala has described her mother as “the greatest source of inspiration in my life.”

Shyamala met Kamala’s father, Donald Jasper Harris, when he spoke at a black student gathering. Born in Jamaica, he went on to become a professor of radical economics. He endeavoured to teach his daughters about the juxtaposition of extreme wealth and extreme poverty by showing them his home country, Jamaica.

When Kamala was still a young child in the 1960s, her parents took her to protests in her stroller during the civil rights movement. On one occasion, she was asked by her mother what she wanted, and Kamala replied “Fee-dom!” Attending protests was something Kamala continued to do in later life, as well, actively joining the protests against the murders of African Americans George Floyd and Breonna Taylor in 2020.

After the divorce, Shyamala decided to move with the two daughters from sunny California to Quebec, Canada for a new job offer. Shyamala had travelled a lot as a child, but Kamala admits that she found the move scary at the time. They moved in February, in the middle of the school year, from a sunny town in California to a foreign, French-speaking city covered in snow.

Kamala’s fondest memories were always of California, so when it came to choosing a university, she decided to move back there and attend Howard University.

Working as a prosecutor

After graduating from Howard University, Harris went on to Hastings College of the Law and eventually passed the California State Bar Exam on her second try. She then started working as a rookie prosecutor in Alameda County in 1990.

Harris decided to become a prosecutor based on her conviction that “the people in our society who are most often targeted by predators are also most often the voiceless and vulnerable.” While still in high school, she had also had firsthand experience of child abuse when one of her friends, Wanda Kagan, was abused at home, and for that reason living with the Harris family for a while.

During her time as a prosecutor, Harris began to learn the questioning skills that would serve her well as a U.S. Senator in later years. In October 1992, she was assigned to work in the juvenile court, and the cases of child sexual abuse she worked on during this time shaped her political work in later years. In her work as a prosecutor, Harris was characterized as energetic, driven to succeed and laser-focused, often willing to take the toughest cases.

Eventually, Harris was asked to run the Family and Children’s Services Section. She was hired for the post by City Attorney Louise Renne who saw Harris as an “intelligent lawyer who had a heart and had compassion.” One of Harris’ old friends, Matthew D. Davis, was surprised by how fast Harris had grown. He stated, “She had become more cosmopolitan and very focused.”

In 2010, Harris ran for the position of California’s attorney general, and won. She was reelected in 2014, and during her time as attorney general, it became clear that she would only take a stand if it were politically necessary. For example, when Harris ran for reelection in 2014, the Indian tribes - who were the largest campaign donors at the time - were split on the issue of internet gambling. Harris said she would consider the question so as not to alienate her supporters, but never gave an answer.

This shows how Harris understood one of the truths of politics. As the author writes, “Whenever a politician takes a stand, she or he risks alienating someone.”

In 2015, the senator of California Barbara Boxer, who had held the seat for 14 years, announced that she would not be running for reelection. This left Kamala Harris with a decision to make: would she run for the Senate? She had just started her second term as attorney general, and had originally set her sights on becoming the governor of California in 2018.

But Barbara Boxer’s retirement provided Harris with a unique opportunity. The path to the presidency often went through the Senate, as Barack Obama, John McCain and Hillary Clinton had shown. And Harris was aspiring to become president one day. Moreover, the public eye, including the media, were focused on Washington, not California.

That was why, a week after Boxer’s announcement, Harris announced that she would run for the U.S. Senate. She wanted to know what impact she could make as one of 100 senators, and how she could support immigrants and people of color.

Harris eventually won the election, largely thanks to her ability to successfully navigate contradictory waters. Californian politics had always been characterized by its contradictions; parts of the state were extremely conservative, while others were among America’s most liberal. Especially in race politics, California was always deeply divided.

This division already became apparent in 1964, the year Harris was born. Two weeks after her birth, Democrat Lyndon Johnson won the presidential election. With that, Californians had decided the fate of proposition 14, which was supported by Lyndon Johnson.

The proposition said that there should be no state regulations in real estate, and no state interventions in who property owners could sell to. In essence, it was a bill to keep black people out of white neighborhoods. Eventually it was overruled in the U.S. Supreme Court in 1966, since it violated the constitutional right of equal protection for all U.S. citizens. Nevertheless, these were the political waters that Harris had learned to navigate from a young age.

Once she took her place in the Senate, Harris focused on minority rights, such as protecting poor communities from pollution through industry regulations, and providing women working in salons adequate conditions. She was also one of the first people to address the COVID-19 pandemic.

In 2018, Harris and her family gathered in her sister’s apartment overlooking Central Park to discuss whether Harris should run for president. Whilst weighing the pros and cons, Harris repeatedly made it clear that she would only run to win. She was not going to go for second place.

Most importantly, she did not want to lose to Donald Trump. If she could make it to the general election, she wanted to make sure that she could beat him. She had several things working in her favor: according to the polls, she gave the impression of being strong and having authority, while Trump could not be trusted. Her experience as a prosecutor as well as her stance on protecting immigrants also set her apart from other Democratic candidates.

On the campaign trail, she eventually faced Joe Biden in the first Democratic presidential primary debate. She decided to raise the topic of race and told Biden that she did not believe him to be a racist, but she wanted to talk about his attempts to block busing to desegregate public schools. This was an endeavor Biden had worked on in the 1970s alongside segregationists.

Harris said: “You know, there was a little girl in California who was part of the second class to integrate her public schools and she was bused to school every day, and that little girl was me.” Harris’ campaign eventually halted before the first votes were even cast, but still, she left a big impression.

How did Harris end up becoming the first female vice president alongside President Joe Biden, despite vowing she would never be “second best”? Once she realized she did not have a shot (yet) to become president, Harris became extremely interested in becoming vice president instead.

This interest only intensified when Biden announced that he would pick a woman as his running mate, but still, she made no move to contact him – she said that he would know where to find her. Her career up to that point and her popularity made her the front-runner in the race for the vice-presidential candidacy. She also had lots of friends speaking out for her.

In early August 2020, Harris’ backers arranged a Zoom call with the Biden campaign. These people included San Francisco Mayor London Breed, California Secretary of State Alex Padilla, Stockton Mayor Michael Tubbs, and former Governor Gray Davis. Each of them stated personal or political reasons why Kamala Harris should be the next vice president.

On August 11, Harris received a call from Joe Biden, asking, “You ready to go to work?” After all, she could bring much-needed energy to a campaign led by the man who would become the oldest president in U.S. history. And as the author writes, “She also had a story to tell, a story that is unique and also very American.”

Kamala Harris made history as the first female vice president of the United States. But long before that, she was already having far-reaching positive impacts on the livelihoods of women and minorities all over America - first, in her work as a prosecutor and attorney general, then as a senator. Throughout all her endeavors, her mother Shyamala is her greatest source of inspiration.

When you do anything remarkable, try to lift others up with you, just like Kamala Harris does.

Dan Morain is a California journalist. For more than 40 years, he has focused on state politics, policies, and justice-related issues. He worked as a reporter for the L... (Read more)