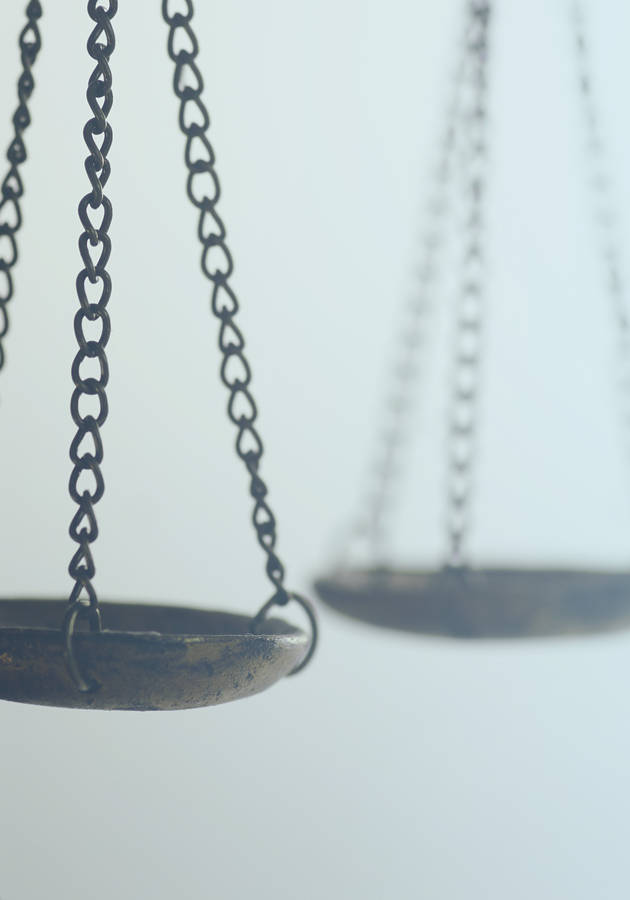 This microbook is a summary/original review based on the book: Just Mercy: A Story of Justice and Redemption

Recently adapted into a critically acclaimed legal movie, “Just Mercy” tells – for the most part – the story of Walter McMillian, a wrongfully convicted African American pulpwood worker, whose controversial case received nationwide attention thanks to the efforts of none other than the book’s author, Bryan Stevenson.

However, though McMillian’s story is certainly its backbone, “Just Mercy” offers much more, exploring through this and many similar cases, the serious faults of the American justice system. It is, in a way, a unique coming-of-age story following the decades-long fight of an idealistic and gifted young lawyer against the Leviathan that is the United States legal system – a system still deeply rooted in biases and prejudice, still favoring the wealthy and the powerful over the poor and the helpless.

So, get ready to join Stevenson in this honorable fight – and prepare to hear the outcome of Walter McMillian’s trial and appeal.

Today a noted lawyer, Stevenson was born to an underprivileged African American family in a “poor, rural, racially segregated settlement on the eastern shore of the Delmarva Peninsula.” Although this was just a little more than half a century ago, it was Delaware, so Stevenson had to deal with racism throughout his entire childhood.

He studied at a “colored” elementary school, and his life didn’t get better even after the formal desegregation. White children weren’t allowed to play games with black children who still had to wait at the backdoor at the doctor’s or the dentist’s office!

Unsurprisingly, Stevenson grew up wondering how ethical it was treating black and poor children as second-rate citizens. If anything, it should have been the other way around, because they were the powerless, the ones who needed help. But he was never one of those who favored revenge over redemption and didn’t change this attitude even after his maternal grandfather was stabbed to death when Stevenson was 16.

After graduating from Eastern University in St. Davids, Pennsylvania, Stevenson received a full scholarship to attend Harvard Law School – his real career began while interning with the Southern Prisoners Defense Committee (SPDC). Throughout the internship, Stevenson had the privilege of meeting and befriending Henry, a young black man with a wife and kids – his very first death row inmate acquaintance.

The encounter had a transformative effect. He realized that what he wanted to do in life was to fight against the death penalty and to try to reform America’s cruel and unjust prison system. To achieve this, he moved to Atlanta to work for the SPDC. After some time, he moved yet again to Montgomery, Alabama, where, in 1989, he founded the Equal Justice Initiative (EJI) – an organization with a mission to “guarantee legal representation to every inmate on the state’s death row.”

A year or so after moving to Atlanta, Stevenson was able to find an affordable apartment. Since it was on a dense residential street, some nights he had to park halfway down the block to find a space. However, one night, he got lucky and found a space just steps away from his new front door. To make things even better, the radio was playing one of his favorite songs: “Hot Fun in the Summertime” by Sly and the Family Stone.

Stevenson relaxed and decided to remain in the car for a couple of minutes. However, before he knew it, a SWAT team surrounded his car, pointing guns at him and blaming him for a burglary he never committed. Convincing them that they got the wrong guy took a while. They never apologized for their behavior, on the contrary: “You should be happy,” the older officer said to him.

Believe it or not, the officer was right: statistically, Stevenson was pretty fortunate not to be imprisoned for, well, doing nothing but being a black guy listening to some music in his car at night. Unfortunately, most black people usually are detained in quite similar situations. This is not an exaggeration: one in three black people born in the 21st century is expected to be incarcerated. That’s five times more when compared to white people.

“How is that possible?” - you ask. Three words: drugs, Reagan, and jurors. You see, mass incarceration is a relatively new phenomenon, and it really hit off after Reagan started the “War on Drugs,” which was, essentially, a war on minorities. During his presidency, the prison population rose significantly, mostly because of all the black people put there for smoking marijuana.

Statistically, white and black people use the same amount of drugs – but it is mainly the latter who end up in prison.  That's because jurors are still mostly white men – even in counties with black populations. But how is that possible? After all, it is unconstitutional to exclude jurors on the basis of race since 1880. Well, it is because most black people were convicted of some minor crime and, thus, are more often than not ineligible to be part of a jury. It’s a vicious cycle. And it spells injustice.

Walter McMillian and the murder of Ronda Morrison

“Just Mercy” contains numerous stories of wrongfully or harshly convicted people from all walks of life. The case of Walter McMillian is by far the longest and most important – so fraught with the failings of the justice system that it almost reads like an allegory. Unfortunately, it is a true story.

Though he had spent most of his childhood picking cotton in Monroeville, Alabama, McMillian managed to become a moderately successful businessman by 45. By this time, he was also a married man with children. However, he was best-known in his community for an ongoing affair with Karen Kelly, a white woman, and for the fact that his son married a white woman as well.

And then, on November 1, 1986, a beloved 18-year-old white dry-cleaning clerk by the name of Ronda Morrison was shot multiple times from behind by an unknown assailant. At the time, McMillian was at a church fish fry, but this didn’t matter to the newly elected and openly racist Sheriff Tom Tate. Especially not after Karen’s illiterate and mentally unstable friend Ralph Myers arbitrarily accused her “black boyfriend” of this and another murder.

Even though it was obvious that  McMillian had never met Myers – let alone committed two murders with him – about half a year after the murder of Morrison, McMillian was arrested by the sheriff. “There was no evidence against McMillian,” Stevenson remarks, “no evidence except that he was an African American man involved in an adulterous interracial affair, which meant he was reckless and possibly dangerous, even if he had no prior criminal history and a good reputation. Maybe that was evidence enough.”

The district attorney took care of the rest: with the help of the sheriff, he forced Myers to testify that McMillian was the murderer (even though he once tried to recant), and bribed witnesses to corroborate his story. They also systematically ignored evidence in favor of McMillian. Although many  witnesses – all of them black – swore, under oath, that McMillian was at the church fish fry at the time of the murder, an almost all-white jury pronounced him guilty and recommended a life sentence after a day and a half sham trial.

Judge Robert E. Lee Key wasn’t pleased. Using the “unique Alabama practice” called “Judge Overrule,” he overrode the decision of the jury and imposed the death penalty. But that was always going to be the outcome. In fact, McMillian had already been sent by the judge to await trial on death row – long before the defense could present its case!

Stevenson and the EJI to the rescue

Soon after Stevenson heard of McMillian, his newly founded EJI took the case. It wasn’t long before things started to unravel: the initiative found out that Myers revealed to the trial counsel that he gave false testimony against McMillian. This was disregarded as seemingly unimportant.

However, it would take years before the EJI convinced Myers to officially recant his testimony. In the meantime, they discovered ample evidence of the various bribery schemes used by agents of the State to convict McMillian. The case even gained nationwide attention after reaching CBS’s “60 minutes.”

As a result, newly appointed DA Tom Chapman was forced to launch a new investigation. It confirmed the claims of the EJI regarding McMillian’s innocence. In consequence, the initiative was in a good position to move for the State to drop all charges against McMillian. And, finally, after six years on the death row, he was given back his freedom.

However, he was not the same person anymore. The trauma of imprisonment had a major impact on him. He had developed anxiety issues and even dementia. Despite the efforts of the EJI to help McMillian reenter society, he couldn’t find the strength to. He died on September 11, 2013, a tired and broken man.

The quality of mercy: “above this sceptred sway”

At the funeral, in a poignant and illuminating speech, Stevenson told the congregation what McMillian’s case helped him realize. He said that it opened his eyes to the faults of the American justice system, which seems to casually treat people “better if they are rich and guilty than if they are poor and innocent.” He also said the case taught him that “the death penalty is not about whether people deserve to die for the crimes they commit” but about whether we deserve to kill.

Most importantly, McMillian’s case taught Stevenson something most beautiful and enduring: the quality of mercy.  “Mercy is just when it is rooted in hopefulness and freely given,” writes the author memorably. “Mercy is most empowering, liberating, and transformative when it is directed at the undeserving. The people who haven’t earned it, who haven’t even sought it, are the most meaningful recipients of our compassion.”

So, do remember: just mercy belongs to the unjustly undeserving. It is the only thing strong enough to “break the cycle of victimization and victimhood, retribution and suffering. It has the power to heal the psychic harm and injuries that lead to aggression and violence, abuse of power [and] mass incarceration.” It, ultimately, is our only antidote to fear, anger, inequality, intolerance, bigotry, and racism. It is the way out: what societies should actually be built on.

Searing and poignant, “Just Mercy” is a marvel of a book – and Bryan Stevenson one of the heroes of our age.

Lavishing praise both on him and this unique memoir, John Grisham compared the author to Atticus Finch. Nicholas Kristof, in a review for The New York Times, went just as far, writing that Stevenson “may, indeed, be America’s Mandela” – an opinion echoed by none other than Nobel Peace Prize-winning human rights activist Desmond Tutu.

So, you owe yourself to read this book. Or, at least, watch the movie.

“Each of us is more than the worst thing we’ve ever done.” Remember that.