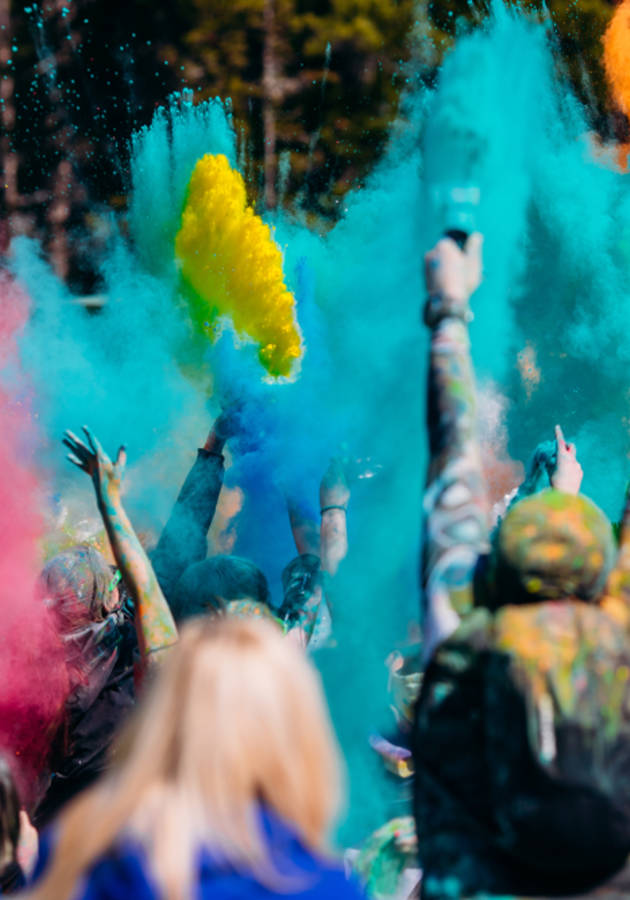 This microbook is a summary/original review based on the book: Indian Art and Culture - FOR CIVIL SERVICES PRELIMINARY AND MAIN EXAMINATIONS

When you think of spirituality, wisdom, and prudence, the first thing that springs to mind is the Eastern philosophy. Whereas India sits at the center of this timeless perspective, despite being a tough nut to crack.

As much as we want to solicit views from Indians regarding the nature of their culture, it’s tough to form a picture based on the opinions of a small fraction of the people.

To counter this downside, we read a book that contains historical data and allows us to depict the remarkable trajectory of Indian cultural progress.

The central premise of this comprehensive book targets and throws light upon this memorable and historical curve. It has all the earmarks of an evergreen collection of facts that will illuminate the upcoming generations.

The rise and fall of great empires, the Indian defiance and the foreign understanding of the cultural dogma is just one tiny fraction of what you can find in here. It signifies the assemblage of different cultural fractions, lifestyles, viewpoints, and their loyalty to one state.

The architectural elements pull roots from a long and painful history, intertwined with artistic craftiness and excellence.

You can bear witness to numerous evidence that discloses India’s contribution to art and painting since ancient times. Archaeologists have dug up indisputable proof about India’s role in artistry and finesse of different kinds. The clues can also be found on wall paintings traced through the ancient and medieval times. It seems like one of the earliest lifestyles in India was engaged in various leisure activities and a symbolic expression of a person’s mind.

When the Europeans put their foot on Indian soil, the art was subtly transformed and absorbed a more westerner style. Experimentation with different styles, colors, and outlooks enriched the upcoming Indian artists whose accolades speak for themselves.

First and foremost, one mustn’t overlook the wall masterpieces, which are also known by the name of murals. India’s most valuable cultural jewels origin from ancient times – ranging between the 10th century BC and the 10th century AD. You can locate these paintings and works of art at several sacred locations in India.

If you are keen to explore the wonders of these art pieces, then you ought to visit some of the following places in India: Ajanta, Armamalai Cave, Ravan Chhaya Rock shelter, Bagh caves, Sittanavasal caves, Kailasanatha temple in Ellora, and others.

“Handcrafting” literally stands for “goods that are forged and crafted for everyday use by using one’s bare hands.” Different regions in India exercise this craftsmanship based on their folkloric and traditional values. Those values were nurtured throughout history.

This amalgamation of unique elements, which manifests the artistic mastery, adds to that final touch. The most potent tool at their disposal was (and always will be their) creativity. The decorative facets are indeed the icing on the cake due to its transformative stimulus.

Indians don’t perceive this artistry as a profession or a way to make a living, but as the very embodiment of their culture.

In the effort to preserve their heritage, they refrain from using modern technology for the creation of these handicrafts.

This not only accentuates the Indianness of the “product,” but also safeguards somebody’s identity.

Those of you that are not informed of the types of handicrafts in India, here you have it:

One can agree that music is the remedy for a broken heart and the soul of a culture. It’s something that every society has in common and nurtures. India, as one of the oldest forms of civilization and societal structure, has undoubtedly been the driving factor to this cultural epidemic.

Narada Muni, for example, is thought to be the primary source of musical expression in the world. His motives puncture through cultural indoctrinations and permeate the real essence of life – something later introduced as Naada Brahma. When it comes to instruments, we find it hard to classify the creation based on regions or states. However, it’s noted that the seven-holed flute and Ravanahatha originate from the remnants of the Indus Valley civilization.

The first signs of music are apparently in correlation with the Vedic times.

The musical progress throughout ages is due to the various enacted plays that stimulated people to thrive in this kind of amusement. One type of music called Sangama particularly stands out, which was expressed through chanting and other forms of excitement. Even the poems were driven by a strong narrative known as the Jatigan.

Before deciding to explore the depths of Indian music, it’s of immense importance to look into the anatomy of Indian classical acoustic sounds. The backbone of this music is symbolically linked to three types: Raga, Tala, and Swara.

When someone scatters the shores of Indian culture, they must take a sneak peek into the theatrical architecture. On the negative side, it’s not as straightforward, as one might think, to enumerate sociological patterns that have shaped the society.

However, the theater is one of those assets that encompasses various forms of cultural fluency with regards to the regional culture. A person can’t go without music, recitation, and acting as the main pillars of running a theatrical show.

The Sanskrit term “nataka” emanates from “nata,” which stands for dancer. Rupaka, Drishyakvya, and Preksakavya were also put into motion to mark out the boundaries of drama. In Ancient India, you would have come across two unique types:

India shows off a rich cultural heritage linked to the folk theater covering all parts of the nation. The traditional components – expressed through artistry – showcase the plight, beliefs, hopes, and social elements of the people, including their lifestyle.

Indian folk theater can be categorized in an array of different ways, but the most common are as follows:

Generally speaking, puppetry is embedded in India’s entertaining culture. It was –  and still is – a kind of amusement that brings us the regional culture in different forms. As you probably know, a master controls the puppet's movement to create a breathtaking moment of sarcasm, cynicism, or to share some good old-fashioned joke.

The low cost for enacting the play gave serious impetus for new artists to continue their work. Correspondingly, this allowed them to express their thoughts in the most indigenous way possible.

If you ask local Indians, they will only confirm that puppetry is part of their tradition. But bear in mind that India is a big country, and the performance in one area may be entirely different from the act in another.

This disparity occurs due to distinct tendencies. Given that the excavation sites at Harappa and Mohenjodaro exposed puppets with socks attached, we finally have our proof that puppetry in India was a form of art.

If you plan on going deep, you’ll stumble upon the different categorization of puppetry, but one is generally more prevalent:

While we are running through the subject of entertainment, it would be ignorant not to mention the Great Indian Circus. Vishnupant Chatre merits all the praises as the founder and a skilled equestrian. Under the guiding hand of Raja of Kurduwadi, he thrived and lived high on the hog.

With all due respect to Indian Circus companies, they failed to surpass the Europeans ones in prowess and performance. Nonetheless, they remained a considerable element in India’s entertaining sphere up until the 1990s. Let’s pay tribute to them:

Language, as a term, has seen some twists and turns regarding its most accurate meaning. As far as India is concerned, it’s in everyone’s best interest to leave a bit of openness due to the complexity of the country’s ethnicity.

Verbal and non-verbal expressions that account in various forms of speech and facilitates communication among people can be labeled as “language.” We can’t say for sure when was the first language created, but, by observing the animals and the way they communicate, one can assume that humans mimicked to illustrate a point.

A language family has its roots buried in history before anything was recorded and is officially an ancestor to modern languages.

Dialect stands for a slight deviation from the official language spoken in a local region.

According to Indian linguistics, the languages in India fall under several notable sub-groups:

Due to this diversity, knowledge text translation is indeed a problem in today’s Indian education. Most of the top resources remain untranslated, which makes them inaccessible for the commoners. Nowadays, efforts are made to scale up the dissemination of expertise through the National Translation Mission (NTM.

The NTM is full-time engaged in “decoding” the academic and intellectual texts in more than 20 Indian languages. The content is only available in English, which makes exploring to its depths hard for a vast majority of Indians. In the 18th century, the revolution started with the arrival of printing technology, but it escalated in a positive way in the digital age.

When it comes to philosophy, India has a long history of theorists, spiritual gurus, deep thinkers, to name a few. In this endeavor, some differences emerge between various philosophical outlooks about life and the nature of existence. It would be ignorant to single out one major school that deserves to be placed on the pedestal.

A point often overlooked is that all schools agree with one another in terms of complying with the four-step process, which will help a person reach its spiritual peak:

Yogis also have a place in our classification here. The Yoga school is comprised of two separate entities. One of which is meditation and the other physical application; both to help the practitioner to attain a state of peace.

If you are interested in hearing a thing or two regarding the physical aspect, then you also need to know about a person’s ability to perform the exercises in different postures – labeled as asanas. While the breathing techniques bear the name of pranayama.

According to Buddhist philosophy, which differs from the one presented by the Vedas,a person can’t find shelter and harmony until it discards the mind notions. Triggered by this thought, the Buddha roamed around India in pursuit of blissfulness and nirvana.

Upon attaining enlightenment, the Buddha shared four noble truths for tackling the endless strives of the reckless mind.

Spirituality, as a sacred element in every culture, has seen many adaptations in terms of the agenda and the maintenance of social order over the course of history. Its main purpose depends on the group sense of an individual to get together and ask for blissfulness. Here are India’s most prominent ones:

In all honesty, we tried to bring India’s art and culture closer to you, but it would take significantly more effort to understand the big picture.

Don’t confine yourself to this summary, and fear not to inquire into the mysteriousness of the Indian lifestyle.

Before visiting India, it is appropriate to learn more of their tradition, cultural tenets, and how they managed to preserve their traditional values in spite of the circumstances.

Nitin Singhania is an economist, historian, and author. With a degree in economics from Presidency College in Kolkata, he held several posts in Indian government administra... (Read more)