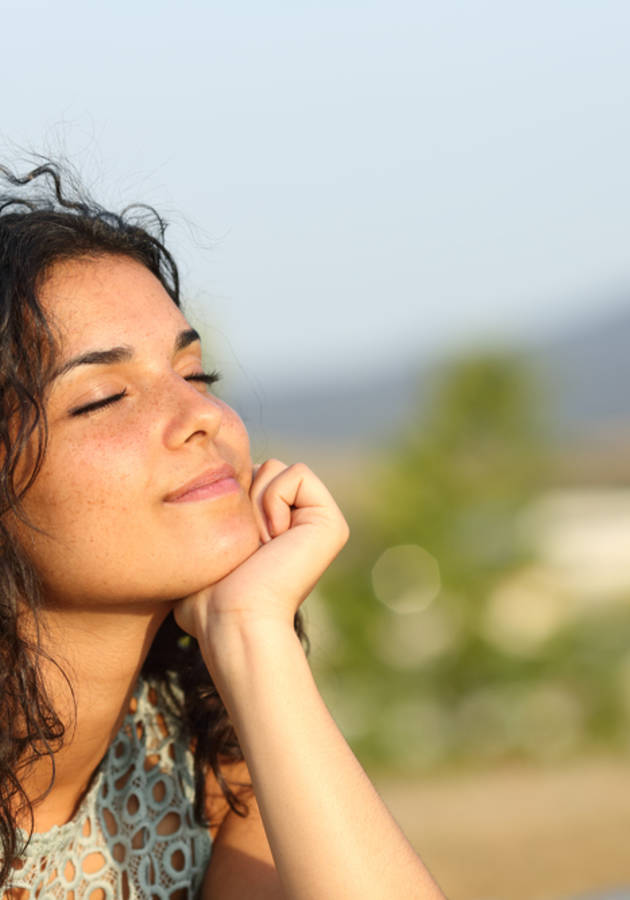 For those of you that don’t know, this book has received wide acclaim mostly due to its exclusiveness. The author exerted himself in the effort to convey a message of sheer importance.

The wording revolves around the process of transforming India’s mentality by inciting the blossoming youth to take action. By creating a spark inside the hearts and minds of people, it might instigate a change that will put India on the fast track to prosperity.

Buried with state honors, Abdul Kalam left a legacy of valuable insights for Indians to follow.

Without further ado, let’s see what the fuss is all about!

The incentive to make a move

In the preface, the author speaks to the young Indian population and urges it to ignite India with their creativeness. Without question, India, as a developing country, has unlimited potential in terms of resources, education, business, energy, you name it. Abdul Kalam pondered about India’s recent decisions as a nation. What needs to be revolutionized, added, removed, achieved? It’s a long-term process that has to be addressed as soon as possible. According to him, it is the attitude in Indians that hinders the prospect of prosperity.

The book ruminates on a lot of topics but starts with the most important one – peace of mind. Without it, no country can soar to new heights, and, as a result, stagnation will prevail.

The Dream and the Leader

The author recalls the thoughts swarming inside its head after a helicopter crash. On September 30th, 2001, Kalam and the aircraft's crew looked Death right in the eyes when engines shut down in mid-air, losing altitude, and crashing. Miraculously, no one was injured, but they all started seeing the truth of this existence with different eyes. The doctors prescribed a tranquilizer to calm him down so that he could rest.

A strange dream ensued. One particular thought filled him with dread and confusion: “why is the human race so prone to violence?”

Then, he dreamed about five characters – Mahatma Gandhi, Albert Einstein, Emperor Asoka, Abraham Lincoln, and Caliph Omar, – who he so deeply admired.

This dream engrossed him, made him aware of the reality.These personalities were the answer to this puzzle, all living in different times but exerting a great influence on the upcoming generations.

It was perhaps the missing link to the fulfillment of his longings. Education in India became the battleground for this endeavor.

The thought that a person can achieve complete satisfaction by integrating spirituality with education became crystal clear to him.Without one of these elements, a person can’t cope with today's reality. Such strides will undoubtedly improve the wellbeing of a nation and add to world peace.

Kalam wholeheartedly argues that there is nothing wrong with having a desire for material things.

Although a life with minimal possessions can help you grow inwardly, you mustn’t discard the effects of merging spirituality with the outer world.

One cannot do without the other, and, due to this correlation, you must integrate both because nature doesn’t endorse half measures.

India’s wealth, in particular, is not reflected in its resource-rich areas or powerful tycoons, but by the development of a smarter generation. Who are the role models for the Indian youth? Who will act as a leader of the ignited minds? Throughout life, we can’t help but subject ourselves to various treatments. In this process, one absorbs the knowledge of different figures, skilled or excelling at different things.

When a child matures and strives to gain self-sufficiency, they pattern their life after a role model. Not emulating their trajectory, but building an own road based on the “dimensions” which are proven to be effective. It’s a great metaphor that will illuminate the upcoming generations regarding the real wealth of a nation!

How many times have you been encouraged never to stop dreaming? It’s critical for a person who puts the accent on mental growth to hear this encouragement over and over again – Kalam, apparently, thinks alike.

As an illustration of this unquenchable thirst, the author puts Einstein in the limelight:impressed by the compass and the movement of the needles, he spent countless hours trying to understand why and who controlled their motion. what was it made of, how could it be stopped from spinning, etc. These were few of the questions that propelled the young genius into exploring and looking at the depths of everything.

Dyer also adds to this lecture by pointing out that desire or urge incentivizes the Universe to bring those items, facts, opportunities, and/or changes closer to you.

It’s science, not some faded theory!Another example is India’s battle for independence. It’s entirely false to think that Mahatma Gandhi launched an unprecedented struggle for sovereignty. Indians embarked on this journey officially in 1857.

It took them 90 years to achieve this, but it happened because the nation was united. No one can deny the fact that India still struggles to maintain a stable economy, and a large portion of Indians live below the poverty line.

However, the country is moving forward, and that’s why Kalam places such emphasis on the young folks.India was able to withstand the storming hordes of colonialism and preserve its identity. The invaders tried to break India from within and incite divisions, but they faced stiff resistance throughout their reign.

Nonetheless, the effects of imperialism have taken a toll on India’s development. In the process, India slumped to a lower position in the global arena and now faces a brick wall when trying to rejuvenate its structure. The new generation, depicted through spirituality and ancient wisdom, must now revamp the fragile architecture of India while drawing strength from its roots. Technology is not a spiritual adversary, but a guiding hand which can facilitate this transition. People with vision want to tackle the sociological impasse by scrutinizing the effects of inherent strengths. Indeed, India needs to be brought into line with the 21st first thinking.

Well, when you have been invaded multiple times in the past 3000 years, you ought to learn how to defend yourself. That’s the message Abdul Kalam tried to convey while teaching at Alma University. Nehru spoke against the Nuclear Arms Race and pointed out that India should remain neutral in terms of developing nuclear capabilities.

Nonetheless, regarding the current circumstances, the author indicates that two of India’s neighbors are armed with ballistic missiles and that’s a force to be reckoned with.

The question is: why did India never launch an onslaught against the nearby bordering nations with whom they share their borders? Were the kings too afraid and pathetic or perhaps India is the core of diversity and always has been?

You get the idea! Indians are tolerant people, but that attitude was used against them for centuries!

With more than 10,000 nuclear warheads in their arsenal, both the US and the Russian Federation dictate the terms in the Security Council of the United Nations. It stands to reason that without a proper defensive mechanism India will never be able to play a significant role in worldly events.

Abdul Kalam was fortunate enough to learn the key elements of religions that are widespread on Indian soil. He concluded that all of them accentuate the importance of spiritual well-being. The greatest adversary in India are not religious differences, but the people that seek divisions. It is those whose ideology differs from the heart of India, and they try to expand their interests by advocating for a cultural massacre.In the process, the sense of unity crumbles underneath the never-ending desire for domination. It weakens the mission of the nation, and makes it more prone to conflicts and recession not just in economic terms. This ultimately incites disappointment and a full-scale dejection. The youth must look beyond their noses and adjust their viewpoints to avert this possible catastrophe, which is a direct consequence of selfish intentions.

In all honesty, a billion-people nation is tough to govern, especially when you have all the cultural and historical patterns engraved deep in the societal structure. The best way to address the current impasse is by adapting the implementation program about the mission mode that Kalam regularly concentrated. National and human resources are yet to be utilized by focusing on the enforced policies!

The Power of Goals

When you are inspired by some great purpose, some extraordinary project, all your thoughts break their bounds: Your mind transcends limitations, your consciousness expands in every direction, and you find yourself in a new, great, and wonderful world.

No one can break your spirit if you are driven by sincere motives that further incentivize you to handle the obstacles down the road.

Perhaps, there is not a country in the modern world that can match India’s history, culture, and all the facets that go with it. It’s needless to say that ancient India had a significant role in the rise of civilization by sharing its insights into human evolution and social well-being.

Yes, there were hard times that most Indians wish never happened, but let’s pick positives from the past in efforts to rebuild the future.

The spirit of eager and proud Indians will never be crushed, and that’s the new generation Abdul Kalam is trying to bring to the surface.

He used himself to portray them as real heroes who should care for prosperity stretching beyond their agendas.

It is not a very popular thing to say, but progress and stability cannot be achieved in one mandate. It’s a long and exhausting process that should help India to rise from the ashes and convert into a global superpower.

The young generation should lay the groundwork for this endeavor. Perhaps, Kalam didn’t want to hurt anyone’s feelings, but his core message revolves around India’s character.

He voiced grave concerns in terms of the nation’s determination in achieving strategic and national goals.

We sincerely hope that – Indian Youth will deal with this issue, once and for all.

On top of that, India’s antagonism toward a big government is growing by the day. Indians are tired of ruling elites – ranging from the Mughal Empire to European Colonizers. They simply don’t like to be ruled but guided and led by true reformers! It’s a big difference because, in doing so, – the country takes a pivotal role in safeguarding people’s interests and care for their well-being.

Not many rulers did that in the past, to say the least!

As we said previously, this book is an excellent addition for all those ignited minds who want to bring change in Indian society.

We found it highly amusing and immensely valuable due to its on the point narrative.

Indians above all others will be thrilled to understand what it takes to instigate a change in society.

While we are on the topic, you might want to check out An Era of Darkness written by Shashi Tharoor – a book that talks about the atrocities committed against Indians in the colonial era.

Avul Pakir Jainulabdeen Abdul Kalam (1931-2015) was an aerospace scientist, president of India and author. He made great contributions to Defense Research and Development Service including work on ballistic missiles. Apart from that, Kalam... (Read more)