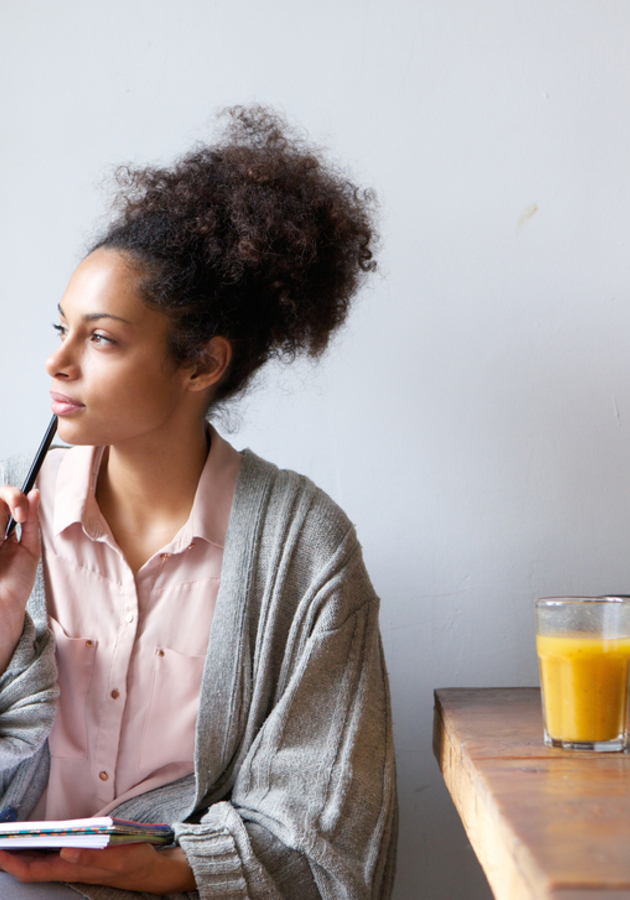 This microbook is a summary/original review based on the book: I Could Do Anything If I Only Knew What It Was

After Barbara Sher published a self-help book for achieving goals titled ‘’Wishcraft,’’ plenty of readers told her they did not find it helpful. How could one go after what they wanted in life if they could not figure out what it was? When she interviewed some of these readers, she realized they could not recognize their desires because they were masked by an inner conflict. So, if you also have trouble figuring out what you want in life, all you need to do is learn how to get around these conflicts. Get ready to find out how ‘’I Could Do Anything If I Only Knew What It Was’’ might help you with that!

Having goals means a happy life

When Sher asked her friend’s father what the good life was, he told her, “The good life is when you get up in the morning and can’t wait to start all over again.” Sher believes this man was so passionate about life because he had a goal and lived each day pursuing it.

There certainly is a connection between happiness and determination to achieve one’s goals. In the early 1980s, two Harvard psychologists completed a study on people who considered themselves happy. All of them had two things in common. In Sher’s words, ‘’They knew exactly what they wanted and they felt they were moving toward getting it.’’

If you cannot figure out what you want, don’t worry, you are not the only one. Sher says recent figures show that around 98% of Americans are unhappy in their jobs. The truth is, you likely do know what you want, but there are plenty of reasons why you cannot figure out what it is. The first one is the plethora of options the modern world offers us. It is rewarding when you have the freedom to choose, but it also often requires you to create your own goals. The second reason why you might not know what you want is the internal conflicts that are, for various reasons, determined to stop you from getting what you desire.

Learning to recognize what you love is extremely important in today’s culture where individuals are hired on a job-by-job basis according to their special talents. Therefore, those who stand out nowadays are those willing to develop what they love into a niche for themselves - a niche where they can excel.

What do others want from me?

Each of these answers has a silent message about what others, such as our parents, partners, or community, expect of us. As a matter of fact, our culture often sends us messages telling us what standards we should be living up to. “Get married,” “Make money,” and, “Buy your own home” are some of the lines you can frequently see in commercials. The point is, even if you consciously refuse to do what someone else expects of you, there is an inner voice that, every now and then, tells you that you are not doing what you are supposed to be doing.

One way to silence this voice is to ask yourself a simple question, ‘’Who says?’’ For instance, ‘’Who says being a doctor is better than being a journalist?’’ To find out what you really want and free yourself from the restraints of what others want from you, you need to track down the origins of supposed-to messages.

In most cases, the ideas about what we are supposed to be come from our family. Even when they do not tell you directly what they expect of you, they subtly express their expectations by saying things such as, “Do whatever you want, as long as you’re happy.” Try to remember that these implications do not suggest that your parents do not love you. They have their own unfulfilled dreams, ‘’and it’s those dreams they’re pushing, not yours,’’ the author says.

Get into action and stay in it!

Do you know what all people who have found their perfect niche have in common? ‘’They got into action - and they stayed in action.’’ Sher, therefore, says action is crucial for people who don’t know what they want. Why? First of all, acting makes you think better. When you are exposed to real-life situations, action helps you gather more information than you would otherwise get by sitting still and weighing all the theoretical factors. ‘’Even action in the wrong direction is informative,’’ she writes.

Second, action raises your self-esteem. Every time you dare to do something that scares you, your confidence goes up, even if the outcome is not successful. It does not matter if someone refuses to answer your letter or yells at you. You were brave enough to try - that is always better than being indecisive due to fear.

Sher says she learned an effective trick for boosting self-esteem while working with ex-addicts. To deal with their negative self-image, they used actions rather than affirmations. For example, when they went to job interviews, ex-addicts acted as if they respected themselves and deserved the jobs they were trying for, even if they thought the opposite. ‘’After a while,’’ Sher writes, ‘’these courageous people were doing things they had never done before, greeting people, making speeches, working in teams!’’

You never know where action might take you. So, when you realize you have some desire, start acting on it, whether it is practical or not. ‘’The animal inside us knows how fast to move and how much we can carry,’’ Sher says. So, if you, for instance, want to spend winter in Bear Grease, Minnesota, racing sled dogs, do it! It might be just the big challenge you need to overcome before becoming aware you want to quit your job and go out into the world.

I want too many things

Some people do not know what they want, and some want too many things. Take Robin, a 35-year old with master’s degrees in botany and comparative literature and a blossoming interest in Japanese studies, as an example. He says, ‘’I don’t know why I don’t stick with anything, I just get bored with it after the beginning.” A 25-year old waitress and word processor, Gayle says, “I can’t decide whether to go to med school or become a high school teacher or take a junior management position in a big corporation. If I choose one thing, I’ll miss out on the others.”

If you are similar two Robin or Gayle, you might know how disadvantageous your position might be. For example, you often witness people your age with no more talent or ability than you getting far ahead in their lives while you are still at the starting point. Or, you might spend a long time on a job that you do not like out of a belief it is a temporary commitment until you figure out your life’s direction.

The good news is - there is a way out of your situation. But, first, let’s clarify why you want so many things. It is because you probably are the type of person who wants to taste everything. In other words, you like to learn about various things, such as the structure of a flower, the theory of music, politics, etc., and you often feel you do not have time to dedicate yourself to all the things that interest you. Even though living in this manner might be bothersome sometimes, you should not change yourself - you can create a life to fit your plentiful talents. For example, you can maybe find a profession that encompasses several things you are good at.

If you think you will miss out on other activities if you settle for a job that includes only one of your interests, just make time for doing others, as well. It can be a few times a week, on weekends, or even several times a year. Either way, do not let anyone convince you are supposed to be any different than you are now.

Contemporary culture nurtures a notion that there is no such thing as luck because every one of us makes our own luck. If that is the case, how are you responsible for your fortune when you play by the rules and then suddenly lose everything because of something out of your control? For example, your company is taken over, and you lose your job because your division is sold. Or, you have to give up a successful career in sports due to a severe injury.

Luck does exist, especially the bad kind, and Sher calls it ‘’the rotten luck.’’ She writes: ‘’Rotten luck can take the heart right out of you and leave you with no goals. You don’t know what you want any more, because you don’t want anything you can possibly have. You only want the past to come back.’’

When you experience a misfortune you are not directly responsible for, the last thing you should do is blame yourself. What you should do, however, is find a way to overcome your loss and move on with different goals in mind.

First, take time to grieve. When a significant loss happens, you cannot just erase it from your memory, along with the feelings it caused. So, make time in your life for grieving - ‘’You can’t let go of the past until you’ve grieved for it,’’ Sher says. Second, think about all the things regarding your misfortune that make you mad, and talk or write about them. Express your bitterness until you feel there is none of it left.

When you no longer feel bitter, let yourself remember precious moments from your past. What did you like about your job? What were some good moments you had with your colleagues?

Finally, after you make peace with your past and let go of it, create a new future for yourself. Maybe you can use your old job connections and reputation to get yourself a new job, or you can make an entirely different life that you can love.

Nowadays, the book market is abundant with step-by-step guides that teach us how to set and achieve our goals. ‘’I Could Do Anything If I Only Knew What It Was’’ is a valuable read because it offers the steps that most of these guides fail to cover: steps that can help us figure out what our goals should actually be. As the New York Times bestselling author Ellen Kreidman wrote, ‘’This  book should be mandatory reading for all high school students to prevent them from becoming lost adults."

If you are the type of person with many interests, try reading another microbook by Barbara Sher called ‘’Refuse to Choose.’’ It will teach you how to use all of them to create the career of your dreams.

Barbara Sher is a career counselor famous for her ability to help people define and achieve their goals. Sher presents seminars and workshops to universities, professional organizations, and Fortune 100 corporations all over the world. Her bestsellers include “Wishcraf... (Read more)