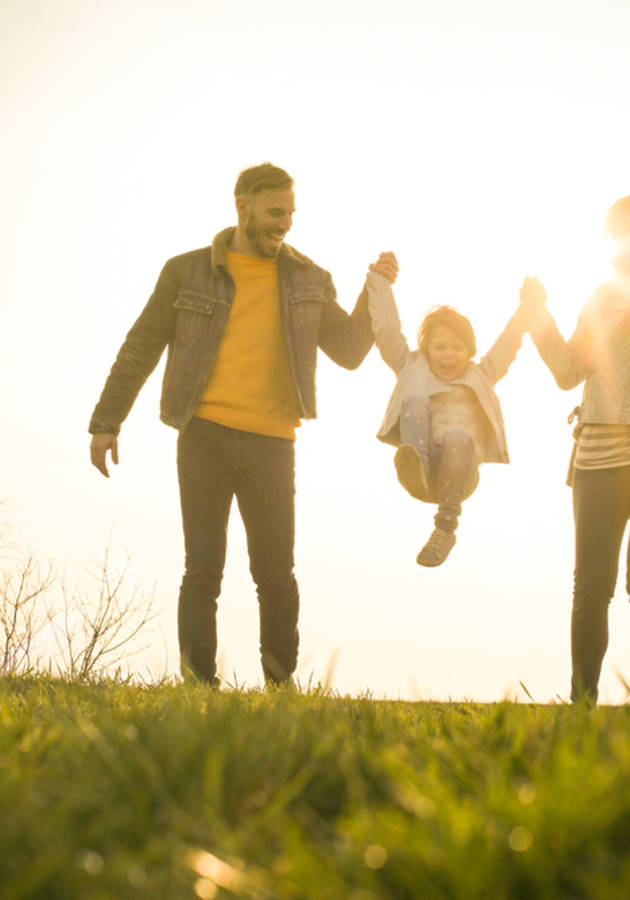 This microbook is a summary/original review based on the book: How to Talk So Kids Will Listen & Listen So Kids Will Talk

Raising children is easy – until you finally decide to have one of them yourself. Afterward, it is a pretty humbling experience: you suddenly realize that you were never really the expert you thought you were and that the advice you have been giving your friends for years, though fine, in theory, doesn’t actually work in practice. The reasons for this may be plentiful but, in essence, they all boil down to one obvious culprit: communication breakdown. Because, well, let’s face it, children and parents don’t speak the same language in the real world, do they?

Dubbed “the parenting bible” by the Boston Globe, and repeatedly and enthusiastically praised by experts and parents alike ever since it first hit the shelves back in 1980, Adele Faber and Elaine Mazlish’s second collaboration, “How to Talk So Kids Will Listen and Listen So Kids Will Talk,” is the how-to book on communication skills for parents. True to each and every one of its promises, this book can help you with anything, from learning how to cope with your children’s negative emotions to expressing your honest feelings before them without being hurtful, to directing your children toward autonomy and proper self-discipline without the use of any type of punishment.

Sounds too sci-fi to be believable? We know. And yet, millions of satisfied parents would beg to differ. See why in our summary.

Helping children deal with their feelings

Unfortunately, most of the time, we treat our kids as ignoramuses and feel that we know so much more about the world than them that we rarely listen to what they are actually saying. For some reason, commonplace complaints such as “Mommy, it’s hot in here” or “Daddy, I’m tired” mean nothing to us if we feel otherwise, so we often respond by saying things that ooze indifference and even disregard, such as “It’s actually cold, son: keep your sweater on” or “You can’t be tired: you just napped. You’re probably just a little sleepy.”

“Children need to have their feelings accepted and respected,” write Faber and Mazlish. They suggest the following four ways to achieve such a feat:

Instead of ignoring what your kid is saying or merely half-listening to its complaints while watching the game, listen with full attention and in silence. Sometimes a sympathetic silence is all your child needs.

Instead of questioning, blaming, or advising your kid, acknowledge their feelings with a few words (“Oh… Mmm… I see…”) coupled with a caring attitude, words like these are “invitations to a child to explore her own thoughts and feelings, and possibly come up with her own solutions.”

As you probably know already, saying “Don’t be so upset” to your children is the surest way to make them more upset. Instead, try to give their feelings a “name,” saying something compassionate such as, “Oh, no! What a shock!” or “That’s, indeed, frustrating.”

Instead of using logic to explain why your children can’t have something they want at a certain moment, try to appreciate their wishes by making them more tangible via fantasy: “Oh, how I wish I could make the banana ripe for you right now!” You can even create a make-believe scene or burst into a song if you like!

Remember: even though certain actions must be limited, all feelings can be accepted. To make this clearer, we’ll use Faber and Mazlish’s excellent example: “I can see how angry you are at your brother. Tell him what you want with words, not fists.” This simple sentence both acknowledges your kid’s feelings and reprimands their way of expressing them. Thus, it does not confuse and can work as the appropriate starting point for a proper discussion.

Most children don’t want to take baths willingly, and, if left alone, would probably never change their underwear. That’s why “one of the built-in frustrations of parenthood” is the daily struggle to get your children to behave in ways that are acceptable to you and society. To achieve this – that is to say, to engage the cooperation of their children – most parents resort to 19th-century methods:

All of these methods make your children feel bad. There is a better way, of course, to engage their cooperation. Five better ways to be exact:

It’s easier to concentrate on the problem when someone describes it to you: “There’s a wet towel on the bed.”

Information is a lot easier to take than accusation. It also gives children the chance to figure out what to do: “The towel is getting my blanket wet.”

Instead of talking about your kid’s character, start all of your sentences with “I like” or “I feel…” That way you can be genuine without being hurtful: “I don’t like sleeping in a wet bed!”

Get creative. Write this kind of note above the towel rack: “Please put me back so I can dry. Thanks! Your Towel.”

As most parents know, punishments don’t usually work. And most child psychologists know why: punishments are actually distractions, as they usually inspire kids to readjust to the circumstances by starting to think in terms of revenge rather than in terms of making amends. In other words, “by punishing a child, we actually deprive them of the very important inner process of facing their own misbehavior.”

There are, fortunately, several alternatives to punishment that should work and can be used in those tricky situations when nothing else works:

“I’m furious that my new saw was left outside to rust in the rain!”

“I expect my tools to be returned after they’ve been borrowed.”

“What this saw needs now is a little steel wool and a lot of elbow grease.”

“You can borrow my tools and return them or you can give up the privilege of using them. You decide.”

Child: “Why is the toolbox locked?”

“What can we work out so that you can use my tools when you need them, and so that I’ll be sure they’re there when I need them?”

Encouraging autonomy in your children

As painful as it might sound and feel, your objective as a parent is rearing an individual independent and even different from you. In other words, never forget that all that love and dedication you pour into parenthood should eventually result in separation – the opposite spells utter failure.

Consequently, instead of pushing them around and shaping them into carbon copies of yourself, it might be a good idea to start encouraging autonomy in your children from the earliest age. This is how:

“Are you in the mood for your gray pants or your red pants?”

Instead of asking “How did your teacher like your composition?” just say “Glad to see you!” and hug your kid after school.

When children ask questions, they deserve the chance to explore the answer for themselves first. Allow them to by stimulating their thoughts: “Why does it rain? That’s an interesting question. What do you think?”

Don’t make your kid completely dependent on you. Allow them to experience the world. When they ask – “What should I do with my angelfish: it looks sick,” try saying something like – “Maybe the pet shop owner would have a suggestion” instead of answering.

The worst thing you can say to a child expressing their hope for a career in engineering is “With your math grades – forget it!” By trying to protect them from disappointment, you’re actually protecting them from hoping and striving – and sometimes from achieving their dreams. Once again, go for something thought-stimulating: “So, you’re considering a career in engineering? Tell me more.”

Nothing is more important than one’s self-esteem, “the single most significant key to one’s behavior,” according to Canadian–American psychotherapist Nathaniel Branden. Children are no exception to this rule, but profusely praising them can have negative effects as well. Finding the right balance is tricky, but achievable nevertheless. According to Faber and Mazlish, the key is to be descriptive in your praises for your children, rather than simply evaluative (“Good,” “Great!” “Fantastic!”): while the latter can cause inflated (and unhinged) sense of worth, the former gives the context and, thus, balances the praises into the desirable traits. It works like this:

“I see a clean floor, a smooth bed, and books neatly lined up on the shelf.”

“It’s a pleasure to walk into this room!”

“You sorted out your Legos, cars, and farm animals, and put them in separate boxes. Now, that’s what I call organization!”

The way parents see their children can influence not only the way children see themselves but also the way they behave. Think of them as a “nuisance,” and they’ll feel they have to assert themselves so as not to be pushed away; think of them as “competent,” and they wouldn’t be tempted to give up trying after the first mistake. In reality, children are (or, at least, can be) all of that – and so much more. Consequently, treating them as if they are “one-dimensional” beings limits their potential and might have disastrous effects in the long run.

Parents need to develop the following six skills so that they can liberate their children from the burden of casually acquired (and often undeserved) etiquettes, and free them from playing out roles.

“You’ve had that toy since you were three and it almost looks like new!”

“Sara, would you take the screwdriver and tighten the pulls on these drawers?”

“He held his arm steady even though the shot hurt.”

“It’s hard to lose, but I’ll try to be a sport about it. Congratulations!”

“I don’t like that. Despite your strong feelings, I expect sportsmanship from you.”

Illuminating, caring and immensely practical, “How to Talk So Kids Will Listen and Listen So Kids Will Talk” dissects all aspects of parent-child communication and deserves even more than the numerous praises it has received throughout the decades.

The illustrated scenarios, one-paragraph lessons, practice exercises, and “quick reminder” sheets complement the impression to perfection and make this book a must-have, a must-read, and a must-revisit for every parent who wants to raise a happy, independent child boasting just the right amount of self-esteem and determination.

Instead of making all of their decisions, whenever possible, offer your children choices. And respect them!