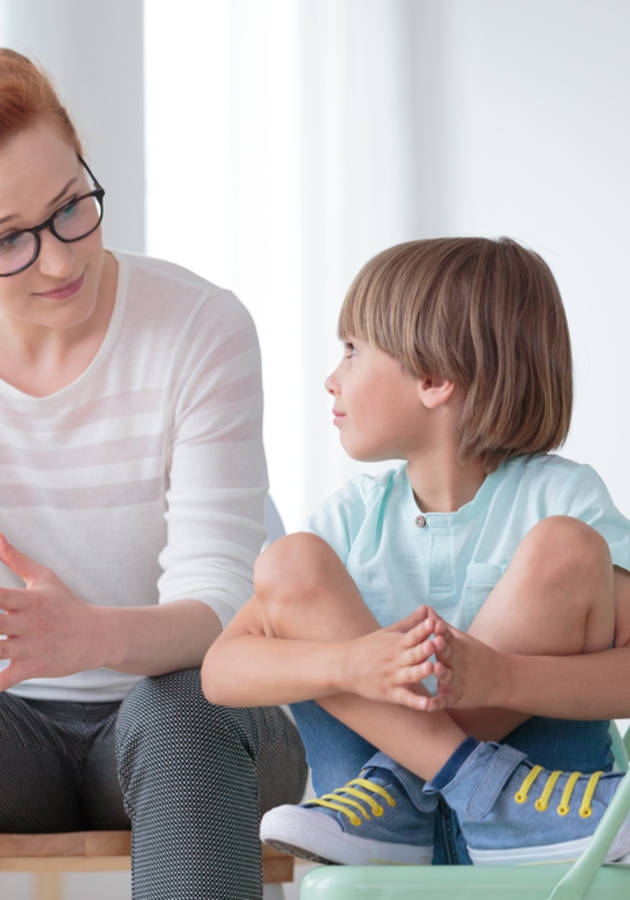 This microbook is a summary/original review based on the book: How to Raise Successful People

Let’s start with a simple question. Do you want to become a better parent? Who better to teach you than Esther Wojcicki, respected educator and mother of a superfamily? As you can construe from the title, How to Raise Successful People is a parenting book, aimed at parents wanting to get into the psychology of nurturing a child and helping their children reach their full potential.

“There are no Nobel Prizes for parenting or education, but there should be,” writes Wojcicki in the first sentence of How to Raise Successful People. “They are the two most important things we do in our society. How we raise and educate our children determines not only the people they become but the society we create.”

Get ready to learn whether your methods of parenting are effective, what you can do about them, and whether you need to alter your approach.

The childhood you wish you’d had

The truth of the matter is that “we all tend to parent the way we were parented,” and one cannot be blamed for doing that. When it comes to Wojcicki, that’s not the case: “when I became a mother,” she goes on, “the one thing I knew for sure was that I didn’t want to repeat the mistakes of my parents.”

The oldest of three children of two Russian Jewish immigrants, Wojcicki grew up in a family where religious beliefs and practices decided every aspect of upbringing. If you know anything about Orthodox Jewish families, you certainly already know that in this tradition (as, unfortunately, in many others), women have one clearly defined role: mother of the family.

“That means women don’t need an education,” writes Wojcicki. “They only need to know how to take care of the children and their husband, and how to maintain a household.” Case in point: when Wojcicki’s brother Lee was born (on May 23, 1945, five years after her), she was told something rather shocking by her father: “Your brother Lee is a boy, and in our family boys are more important.”

Her father wasn’t one who only talked the talk: he made this perfectly clear by walking the walk as well. While Lee was showered with presents and attention, Wojcicki was forced to merely watch from the sidelines.

“Part of what helped me cope,” says Wojcicki in retrospect, “was the constant love of my mother; she was patient, never critical, and she made me feel important despite what my father had said.” Unsurprisingly, much of Wojcicki’s parenting philosophy is based on avoiding the mistakes her father had made and repeating the good things her mother had done.

The magic of TRICK

TRICK is an acronym that stands for trust, respect, independence, collaboration, and kindness. And in Wojcicki’s mind, it is also the simple (and, thanks to her, easy-to-remember) recipe for good parenting.

“I may have figured out a lot on my own,” says Wojcicki, “but I’m the first to admit that parenting would have been much easier with some guidance. So that’s what I’d like to offer you here – guidance,” she concludes. And by guidance, she means something deeper than a theory, something that can open your eyes as a parent. Let’s start with the things that may hamper your child’s development by going through the TRICK elements.

Despite the progress being brought on society in the wake of digitalization, somehow, trust is taking a hard blow. And you cannot disintegrate trust from healthy relationships, whether in the home or in the outside world. So how does this work? As we become more miserable and less trustworthy, we begin to radiate this perception of life and pass it on to our children. Consequently, the child starts to see the world as one big scary playground, and regardless of the path they choose, they will always have this feeling that someone is out there to get them.

If you want your child to grow into a trustworthy adult, and if you want them to believe in their capabilities, then it's crucial that you start  believing other people. Why? Because that’s the only way that you’ll allow your children to start roaming freely and experiencing things and prevent them from internalizing your distrust. “As parents, we have to take ourselves in hand and trust that we taught our children to make good decisions,” writes Wojcicki.

Also, you need to bear in mind that your child is not your clone - they need to develop their personal identity. And this is where respect kicks in. To illustrate a point, Wojcicki mentions Greg, “a genius in graphic design” whose mother and father both worked in medicine. As you may have guessed, they weren’t so keen on allowing Greg to become a graphic designer, because they had “big hopes” for him.

Of course, since Greg was sixteen at the time, his parents chose his courses for him. And even though he wasn’t that great in his science classes, for some reason, these were the ones he attended. After some time, this resulted in him feeling depressed, withdrawn, and disinterested in absolutely everything.

Fortunately, Greg overcame this and eventually became a well-known graphic artist and web designer who currently runs a successful company in Los Angeles. However, another student of Esther named Lisa wasn’t that lucky: instead of becoming a teacher, she became a doctor (her parents’ wish) and is still unhappy.

Trust and respect are the foundation of the third trait of good parenting: independence. Children who know how to control their urges, and who had good parents who managed to instill in them a sense of responsibility, will be much better off when real problems come knocking on their door. They will also be able to apply creative solutions to different problems and be able to innovate, unlike children who have been raised in a bubble.

Truly independent kids are capable of coping with adversity, setbacks, and boredom, all unavoidable aspects of life. They feel in control even when things around them are in chaos. Most of us think that independence is something children officially acquire after their 18th birthday. However, this is a very wrong way to think about things.

Truly independent adults are formed in early childhood and to help them become so, you need to follow two pieces of advice:

In other words, the ones who make it are the ones who have set clear goals and have the energy to stride toward their completion. Now, to give your children grit, you need to learn to allow them to do everything they can do by themselves; even if you can help them. Independence starts there. Because with doing things inevitably comes failure to do some of them; and with that, just as inevitably, comes the determination to try again, aka grit. In short, failure in early years results in grit; in later years – in depression.

Collaborative parenting is all about the TRICK values; it’s doing things with your children not by showing them how to do them, but by doing them in discussion with them. It’s about showing kindness and putting the needs of your children first, and finally, it’s about understanding that you need to allow your children to lead the way from time to time. This, however, doesn’t demonstrate the entire scope of parenting, as Julie Lythcott-Haims discusses:

We don’t need to tell you that neglectful parenting is the worst kind, but we feel that we do need to remind you that permissive parenting allows children too much. And, as studies have demonstrated over and over again, children need some structure!

Psychologist Diana Baumrind discovered this in two separate studies (from 1971 and 1991) which demonstrated that children with demanding parents are less likely to become involved in drugs and similar delinquent behaviors during adolescence. However, as described above, there’s a big difference between authoritarian and authoritative styles of parenting: the first one is the one practiced by Wojcicki’s father, and the second is advised by many psychologists world-wide. You can also find evidence in many parenting books that the authoritative style of parenting is by far the best one for your children, as it is both demanding and responsive.

In other words, you need to be demanding of your child, but, moreover, you need to be responsive as well. Esther goes a step further and introduces a new, fifth type of parenting: collaborative, in which the parent works with the child constantly..

“Collaboration means working together as a family, in a classroom, or at a workplace,” writes Wojcicki. “For parents, it means encouraging children to contribute to discussions, decisions, and even discipline… We shouldn’t be telling our children what to do, but asking for their ideas and working together to find solutions.”

For this last piece of the puzzle, Wojcicki explains that you must not take basic kindness for granted. Children expect your love and approval, especially when they are young and vulnerable. Model kindness as a behavior that needs to be embraced regardless of your surroundings and your children will follow. The sad part is that most parents don’t raise their children in a way that could benefit both them and the community they are part of.

Individualists have their own interests in mind, and communities are built on the very opposite structure: togetherness. Wojcicki comments on this sad state of affairs through the results of a study done by researchers at the Harvard Graduate School of Education: The Making Caring Common Project. A survey of 10,000 children – mind you, children! – discovered that 80% of them identified achievement or happiness as their top priority, and only 20% said the same about “caring for others.”

But if everybody cares for themselves and not for others, then how are we going to build a better society? Zoom in a little bit and the same goes for families: it’s either “one for all, and all for one,” or the demise of the nuclear family as we know it!

How to Raise Successful People should really be titled How to Raise Good People because, throughout the book, that seems to be the main narrative. Wojcicki thinks that a successful adult is a blend of an independent, trustworthy, respectful, and kind person. If you are trustworthy and respectful, your child will grow into just that kind of adult. And this is the difference between independent and needy children.

In general, children do need structure, but they also need freedom, so creating that perfect mixture should be your goal as a parent.

Give your children enough room so they can express themselves, but also be present in their lives in order to provide guidance and help them develop.