How to Avoid a Climate Disaster - critical summary review 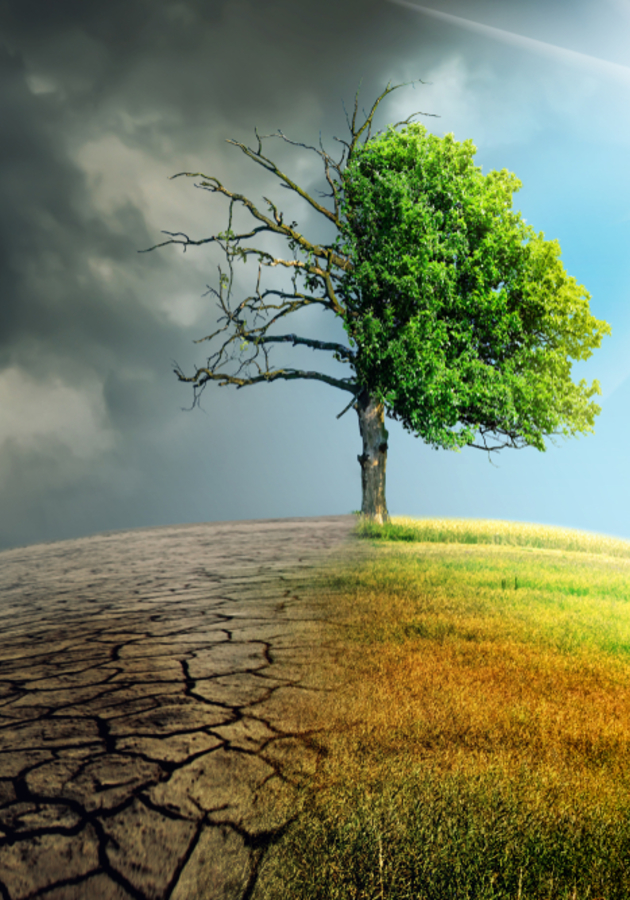 This microbook is a summary/original review based on the book: How to Avoid a Climate Disaster: The Solutions We Have and the Breakthroughs We Need

There are two numbers you need to memorize regarding climate change. The first one is 51 billion, which stands for how many tons of greenhouse gases the world adds to the atmosphere each year. To stop global warming and avoid climate disaster, humans need to cut this number down to zero. The enormous difference between these two figures indicates how challenging the goal of reducing the emissions of greenhouse gases is. However, Bill Gates believes we are up to this task. So get ready to learn what it will take to succeed!

The case for zero

When his foundation started operating in the early 2000s, Gates frequently traveled to sub-Saharan Africa and South Asia to learn about the issues people in low-income countries faced. One of the first things he learned on these travels was that one of the major problems of people living in these areas is the lack of reliable access to energy. Therefore, he began thinking about how the world could make energy affordable and reliable for low-income countries. After learning about climate change and meeting with experts from the field, Gates realized his Foundation should aim at providing more energy to the poorest without releasing any more greenhouse gases.

Why should we aim at zero emission of greenhouse gases? Why is it not enough just to reduce emissions by some percentage? Let’s use the following analogy to clarify. Imagine a bathtub that is slowly filling up with water. Even if you slow the water flow, the tub will still fill up eventually, and water will start spilling out onto the floor.

The same logic applies to extra carbon emissions that add to the greenhouse effect. Greenhouse gases absorb heat and trap it in the atmosphere, causing the earth’s average surface temperature to go up. If we continue burning fossil fuels and emitting extra carbon, we will add more greenhouse gases to the atmosphere. This will eventually lead to a climate catastrophe, and reducing the emission to some extent will only postpone it. Therefore, to avoid climate disaster, we need to get to zero-emission.

‘’The earth is warming, it’s warming because of human activity, and the impact is bad and will get much worse,’’ Gates writes. Since preindustrial times, the temperature has already risen at least one degree. If we do not reduce emissions, this number will go up to eight by the end of the century, and the extra heat will cause various changes in the climate, such as more hurricanes, droughts, and destructive wildfires. Furthermore, increased temperatures will also affect animals, insects, and plants. According to one study, a rise of two degrees Celsius would reduce the geographic range of vertebrates by 8%, plants by 16%, and insects by 18%.

What keeps us from getting to zero

To solve a problem as big as climate change, we first need to consider all obstacles to getting to zero. So before looking at concrete solutions, let’s look at the greatest barriers humanity is facing.

Producing electricity is a primary contributor to climate change. For this reason, the crucial thing we must do to avoid climate disasters is to figure out how to switch to zero-carbon electricity completely. This, however, will be extremely hard since fossil fuels provide two-thirds of the world’s electricity. Meanwhile, solar and wind are responsible only for 7%.

The main benefits of fossil fuels are their wide availability, developed ways for efficient extraction, and, most importantly, their low cost. Furthermore, governments put lots of effort into keeping their prices cheap and encourage their production. In 2018, for instance, the American government spent $400 billion to subsidize the consumption of fossil fuels, according to the International Energy Agency.

So what prevents us from switching to zero-carbon electricity sources? The main reason is their high cost. However, despite this, Gates believes Americans can eliminate their emissions with only a modest Green Premium. He says that changing America’s entire electricity system to zero-carbon sources would raise retail rates by 1.3 and 1.7 cents per kilowatt-hour, which is roughly around $18 more than what people pay now.

Fortunately, the U.S. has a large supply of renewables, which is not the case with all countries. The solution to this problem would be to move clean energy to the regions that lack it. However, that would be costly and time-consuming since it would require building new transmission lines.

Another problem with renewable energy sources is intermittency - the sun and the wind cannot generate electricity 24 hours a day, 365 days a year. It means we need other options when the sun is not shining or when the wind is not blowing. One possible solution is to store excess electricity in batteries or to add other energy sources that use fossil fuels, but run only on demand. ‘’Either way,’’ Gates emphasizes, ‘’the economics won’t work in our favor. As we approach 100% clean electricity, intermittency becomes a bigger and more expensive problem.’’

‘’Over the past few years, the global conversation about climate change has taken a remarkable turn for the better,’’ writes Gates. The increased public interest in the climate change issue and political will growing at every level now allows us to connect our goals regarding zero-emission with specific plans for achieving them.

According to scientists, we can avoid climate disaster if we reach net-zero emissions by 2050. To set ourselves up for long-term success, Gates believes governments should do the following:

As they spark the creation and adoption of energy breakthroughs, the steps above belong to the development phase. The steps in the scale-up phase are designed to encourage rapid and large-scale deployment. They include charging the carbon emissions, introducing clean electricity, fuel and product standards, and retiring old fossil-fueled technologies. As no single government body is capable of implementing the outlined plan fully, accomplishing the goal of getting to zero requires action at all government levels.

Even though putting a plan for reducing greenhouse gas emissions into action requires adopting new government policies, you do not have to be a politician to contribute to limiting climate change. However, you can engage in the political process by using your voice and vote to make a difference. Therefore, Gates urges you to make calls, write letters, and attend town halls. Ask elected officials questions and let them know that their engagement with the climate change issue will determine how you vote. To gain more impact, you could even run for state or local office.

Your consumer behavior dictates the market demand that companies try to meet. Therefore, you can use the influence you have as a consumer to reshape the market and make meaningful changes. For example, you can cut your utility bill and greenhouse gas emissions by installing a smart thermostat to reduce your energy consumption when you are absent from home. If you are using an electric car, a heat pump, LED light bulbs, or if you eat a vegetarian diet, you send a message that there is a market for these products.

If you belong to the private sector, whether as an employee or employer, you can advocate for steps that demonstrate that you care about climate change. One of them would be to finance clean-energy projects. Even though these projects might fail, they can also turn into breakthroughs.

Some big companies reduce their emissions by setting up an internal carbon tax. Others, such as Microsoft, Google, Amazon, and Disney, try to speed up the adoption of green technologies by using electric vehicles for corporate fleets or using renewable power for a large part of their operations.

By funding the basic science and research and development programs, businesses could also help us get to zero. Finally, companies could also work with each other to look for ways to reduce green premiums.

‘’How to Avoid a Climate Disaster’’ contains detailed explanations of the causes of climate change and practical steps to stop further climate deterioration. For this reason, it is a powerful guide for understanding how we can transform our behavior to win the race against climate change.

Why don’t you try eating fewer dairy products and meat? It will cut down on the emissions you are responsible for and benefit your health by decreasing the risk of numerous diseases.