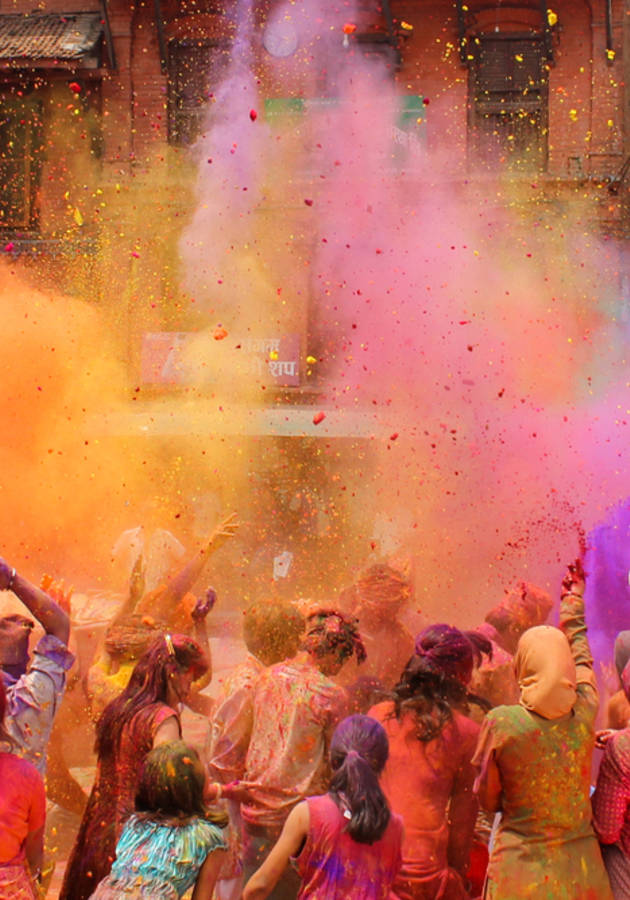 Even foreigners with zero knowledge of Indian culture and history have heard of Gandhi and his peaceful revolution.

His highly unusual style of handling the political turmoil in India has become the epitome of freedom. Unsurpassable in many aspects, this eye-opening book tells the story of a country constrained under the law of tyranny and oppression.

Let’s not reveal everything yet!

The Pre-Liberation Period and Struggle

First of all, who was Gandhi? Why does the world reckon him as one of the most prominent figures of the 20th century? In all honesty, it’s not easy for a person without noble origins to elevate himself to such a high stature, since he was born in a small village in 1869, during the height of British influence in India. As it is known, he distinguished himself for his non-violent revolt against the British colonization of India and inspired many conquered countries to rise against the oppressors. The Arab Spring is one recent case, but other examples include Nelson Mandela, Martin Luther King, The 13th Dalai Lama, etc.

The worldwide revolutionaries often portrayed Gandhi as a symbol of hope, that through peaceful means sought balance to the world. Egyptians, Tunisians, and other communities carried Gandhi’s portrait during their rallies to showcase that democratic ideals are underpinned by the idea of fairness.

In 1948, Nathuram Godse (a radical right-wing supporter) shot Mohandas Karamchand Gandhi at close range, an attack that was fatal. His legacy remains embedded into the minds and hearts of culturally diverse Indians and worldwide supporters. According to some Westerners, and probably Indians, the murder of Gandhi was used as a political weapon against Hindu-Indians who didn’t recognize, among other things, Pakistan’s sovereignty. Their actions became synonymous with hate, something that Nehru enforced as Gandhi’s political heir.

From 1903, up until his death in 1948, Gandhi became India’s father and his remarks on Indo-British society were published in newspapers in both Gujarati and English; a throwback to an era when justice-seekers were imprisoned for publicly expressing their ideas. This book tries to unveil Gandhi’s real identity, the one that is behind the curtain and often neglected. As a matter of fact, Ramachandra Guha is hailed as one of the most prominent historians and has the credibility to question the portrait of Indian society. He also reminds us that skepticism altogether is a powerful way of finding the truth, which in many cases is concealed. In the case of Gandhi, there are as many overlaps as there are differences.

Gandhi from all Angles

The book starts with the explanation as to why both left and right authoritarians didn’t like Gandhi’s vision. On one end, Maoist had destroyed Gandhi’s statues all over the country; on the other end, the rightwingers supported a theocratic society. Evidently, not all people who opposed Gandhi's ideology were British, nor Afrikaans. There were a lot of Muslims, Hindus; you name it.

While residing in South Africa, Gandhi coined the term “Satyagraha” which in layman’s terms means something like “truth-force.” The same reform movement and ideology were later applied in India. His time in Natal and Transvaal also shaped the nationalist movement in India, because he had time to contemplate on many things. This mass disobedience technique, created by Gandhi was a propeller in terms of standing up to the oppressors and showing no interest in filling their pockets.

According to Gandhi, all people should receive equal rights regardless of their status, cultural background, or religion. During his stay in South Africa, he realized that discrimination is simply a replacement for slavery and something that has to be fought against. Years later, this ideology would become the driving force in the post-British, socialist India. The author clearly outlines Gandhi’s four forces that characterize him as a leader:

At the age of 19, Mahatma Gandhi went to London, the first time outside his native Kathiawar. It helped him to shape his views, see the western world, and draw his own conclusions on how India should be governed.

The Adventure in London

Probably the two most renowned Indians in London at that time were Dadabhai Naoroji and Abdul Karim. Naoroji was a trade agent who moved to London a couple of decades before, while Abdul was a Muslim who worked on Queen Victoria’s staff. Mohandas received his first lecture on English etiquette by Dr. Mehta who stated the following: “Do not ask questions as we usually do in India on first acquaintance; do not talk loudly; never address people as sir while speaking to them as we do in India; only servants and subordinates address their masters that way.”

Afterward, he went to visit a local Inner Temple, located west of the city. Gandhi sent a letter to his brother, complaining about the weather and also mentioning that he doesn’t have any urges for eating meat or consuming alcohol.

Upon arriving in Bombay, Gandhi was informed by his brother, that their mother died a few months before. Although he was sad, Gandhi didn’t have much time to lose. In the first couple of days, he enjoyed the company of Raychand, Dr. Mehta’s relative. They talked about a lot of things related to religion, culture, beliefs, and tried to find a link between them. Decades later, Gandhi shared that he was massively influenced by Raychand, describing him as his intellectual lodestar.

When the Boer War broke out, Gandhi, shockingly to most people, cheered for the British. From this standpoint, we can say that he was an imperialist regarding his cultural belief, which converted a bit later. In the early 1900s, his main efforts were fixated in South Africa, their way of life and so forth. As a lawyer and a person of authority, he provided services for many clients in Johannesburg and other cities. In the meantime, it also began to hatch a plan on how to improve the rights of Indians in the Transvaal.

This whole mess led to a political impasse, which was partially supported by certain media outlets. From such a vantage point, it’s crystal clear why Gandhi was trying to find the perfect way to express himself and to speak on behalf of India through meditation, celibacy, strict diet, etc. The end of the 19th century and the beginning of the 20th were tough for him. For 10 years he roamed around visiting Bombay, Calcutta, Madras, and other cities but never broken a single word with a peasant whose plight was evident.

The Rise of Modern India

We also come to an understanding that, in 1906, Gandhi had a few encounters with Winston Churchill and became increasingly aware of the contemporary predicament. He even gave answers, that surprised Churchill, on what principles did he believe to be crucial for achieving a modern society. His legal career, at the time, was on hold, due to him being engaged in forming his political views.

Upon his return to South Africa, Gandhi became increasingly interested in people’s opinions, which will later serve as a backbone for his ideology of social structure. His sudden return to Transvaal was basically a political decision. Once there, he started a Political Journal named “Indian Opinion.” That was actually the turning point in his life! “The opinion of the oppressed must be heard, and that’s was a real impetus for launching a battle against exploitation.

One cannot say that Gandhi wasn’t a remarkable figure in the modern world. He was indeed a reformist, a peaceful revolutionary who managed to see beyond races and cultures. His contribution to equality and development of developing countries remains true to this day. To understand the big picture, questioning the other side of the story is beneficial. We firmly believe that the author only wanted to provoke this thought.

Who doesn’t want to know the story behind Gandhi’s rise to power? This doesn’t mean that Gandhi sought dominance, but, eventually, he became a central figure in the post-British society.

This book is pure gold, and we believe that everyone should find some time to read it.

You also might want to take a look at A Brief History of Modern India that will undoubtedly put you on the fast track to understanding India’s plight and accession.

Ramachandra Guha is an Indian economist, historian, and columnist. He researches politics, society, environment, economics, and cricket history. As an author, he is known for writing the following books: “Gandh... (Read more)