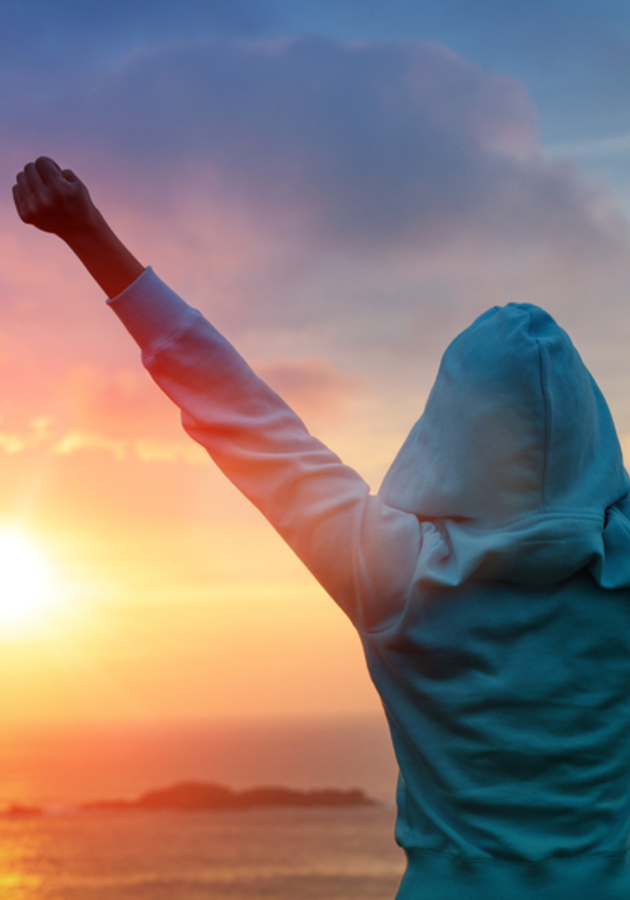 This microbook is a summary/original review based on the book: Free Will

Do we have free will to make choices, and if we do, to what degree? These are the questions that spark some of the longest-running debates of philosophy and religion. As the title suggests, the book ‘’Free Will’’ by Sam Harris is an author’s contribution to the timeless debate. So, get ready to hear his opinion on this topic!

Can we imagine our lives without having free will?

It is hard to talk about morality, law, politics, religion, public policy, intimate relationships, feelings of guilt, and personal accomplishment without including the concept of free will. The belief that we can choose between right and wrong, and therefore create our destiny, offers us, first of all, comfort that those who choose well will be rewarded. Consequently, the claim that free will does not exist requires rethinking the concepts our society is built on. For example - how can a belief that free will is an illusion change our view on crime and guilt?

In the early morning of July 23, 2007, Steven Hayes and Joshua Komisarjevsky entered the home of Dr. William and Jennifer Petit in Cheshire, England. They found Dr. Petit asleep on a sofa. The criminals stood in front of him for a while and then started hitting him with a baseball bat in the head until he fell silent. Hayes and Komisarjevsky found the rest of the Petit family upstairs, unaware of what was going on. Then, one of them drove Jennifer Petit to the bank to withdraw money, while the other one stayed at home molesting the two daughters. Upon returning from the bank, the criminals then killed Jennifer Petit, tied the daughters to beds, and set the house on fire. William Petit was the only one who managed to escape from the house shortly before the fire started.

Once the police interrogated Hayes and Komisarjevsky, they both said their initial intention was not to kill members of the Petit family, but just to rob them. After investigating their lives, the police found out that these two criminals were psychologically damaged and victims of violence themselves. According to Harris, whatever their motives for committing the horrible crime were: ‘’These men cannot know why they are as they are. Nor can we account for why we are not like them.’’ They did choose to rob, rape, and kill, but the question to ask is: what are the origins of their choices?

Your brain knows your decision before you do

Let’s say you start each day with a cup of tea or coffee. This morning, you had coffee. Why not tea? Because you wanted coffee more, and you were free to have what you wanted. Did you consciously choose coffee over tea? No. The choice was made by some events in your brain that you could not predict nor influence. Will you have coffee or tea tomorrow? You cannot know.

The physiologist Benjamin Libet used an EEG to show that the brain’s motor cortex registers an activity of the person 300 milliseconds before they make a move. Another group of experiments showed that the brain has the information of a subject's movement before the decision to move is consciously made. The subjects of the experiment were asked to press one of the buttons while watching a ‘’clock’’ composed of a random sequence of letters appearing on the screen. They had to say which letters were visible at the moment they pressed one button or the other. Functional magnetic resonance (fMRI) registered that the brain could predict the subjects’ decision to move seven to 10 seconds before they did.

The fact that brain scans show your intended movements before you are even aware of them, suggests that we are not in control of our actions to the extent that we think we are. When you have a chance to choose between two options, you have the illusion that you are free to choose either one of them. Instead, some moments before you decide, your brain has already determined what you will do. ‘’Where is the free will in that?’’ asks Harris.

Unconscious origins of our choices

‘’Thoughts and intentions emerge from background causes of which we are unaware and over which we exert no conscious control. We do not have the freedom we think we have.’’ According to Harris, free will is an illusion. As the experiments suggest, our impulse to do something is the product of unconscious causes. The intention to do something does not originate in consciousness. It appears in consciousness, but it has unconscious origins. You cannot explain why you had coffee this morning, and you do not know whether the next morning your choice will be the same, because you are utterly unaware of the neurophysiological events that produce it. ‘’The brain is a physical system, entirely beholden to the laws of nature - and there is every reason to believe that changes in its functional state and material structure entirely dictate our thoughts and actions,’’ concludes Harris.

However, we still do not know where the intentions come from, whether they are voluntary or not. That is, according to Harris, enough to declare free will an illusion. Furthermore, this conclusion does not affect our perception of social and political freedom. We always have the freedom to do what we intend to, no matter what the origins of our intentions are.

If we declare free will does not exist since we are not fully in control of our behavior, what would it then look like to actually have it? Having free will would then mean to be aware of all the factors that determine our thoughts and actions and always have the power to control them.

I cannot choose what I choose

We can differentiate actions that are a consequence of our unconscious reflexes and our deliberate actions. Our brain also knows about this distinction, as it uses different parts of it to govern our actions at those times. Harris believes that, ‘’The difference between them must, in part, produce the felt sense that there is a conscious self endowed with freedom of will.’’ However, this sense arises from our ignorance of the prior causes of our thoughts and actions. If we analyze our voluntary intention to do something, we can conclude that it also has unconscious origins. That is a moment when we do not have an answer to the question of why we did something in a certain way.

Let’s say you sit in your room and do something on your computer. Suddenly, you hear the sound of a leaf blower outside, and you cannot stop it at will. The action of hearing the sound is your reaction to the stimuli, and you cannot control it. What you can do next is to direct your attention from that sound to something else. You choose what you pay attention to. If you ask yourself why you made that choice, you will come to the point that something which was beyond your control caused it - an automatic reaction to stimuli.

Or, let’s say you have back pain. You struggle for a while, and then you decide to visit a physician. The processes which you are completely unaware of made you decide to seek professional help. ‘’Did I, the conscious person, create my pain? No. It simply appeared. Did I create the thoughts about it that led me to consider physical therapy? No. They, too, simply appeared. This process of conscious deliberation, while different from unconscious reflex, offers no foundation for freedom of will,’’ says Harris.

The fact that you do not have ultimate control of your choices, does not mean they do not matter. They do. You just have to acknowledge that the actual explanation of your behavior is hidden from you. There is no freedom in that.

Free will and the criminal justice system

‘’The belief in free will has given us both the religious conception of ‘sin’ and our commitment to retributive justice,’’ says Harris. What would happen if the scientific community declared that free will is an illusion? What would be the status of criminals and their punishments? On the flip side, those who work hard could no longer be accountable for their success.

Accepting the belief that our choices, intentions and decisions have unconscious origins would not significantly change the concept of guilt and punishment. It would allow us to focus more on assessing risk, protecting innocent people and deterring crime. Consider the following examples of crime:

In all three cases, a woman was killed by those whose actions are the result of processes in their brains they are not aware of. However, their degrees of guilt vary, and the justice system can determine them by taking into account the personality of the accused, their prior offenses, their relationships with others, the usage of intoxicants or not, the motives to commit the murders, and so on. If they impose a threat to society, incarceration will prevent them from harming people further.

So, discarding the notion of free will cannot damage our system of criminal justice. Viewing human beings as natural phenomena allow us to adequately respond to the threat criminals pose to our society ‘’without lying to ourselves about the ultimate origins of human behavior.’’ What we need is a criminal justice system that assesses guilt to future risks dangerous people can bring to a society.

Opting to contemplate a topic that provokes debate for centuries is challenging. It is disputable whether Sam Harris made a significant contribution to the topic of free will. His idea that free will is an illusion is not convincing enough, as he does not elaborate his claims clearly and in detail. However, this book increases an awareness that we are ‘’biochemical puppets,’’ which allows us to view our decisions from a different angle and gain more control of our lives.

Think about some of the important decisions you made in your life. Why did you make them? If you had a chance, would you change them?