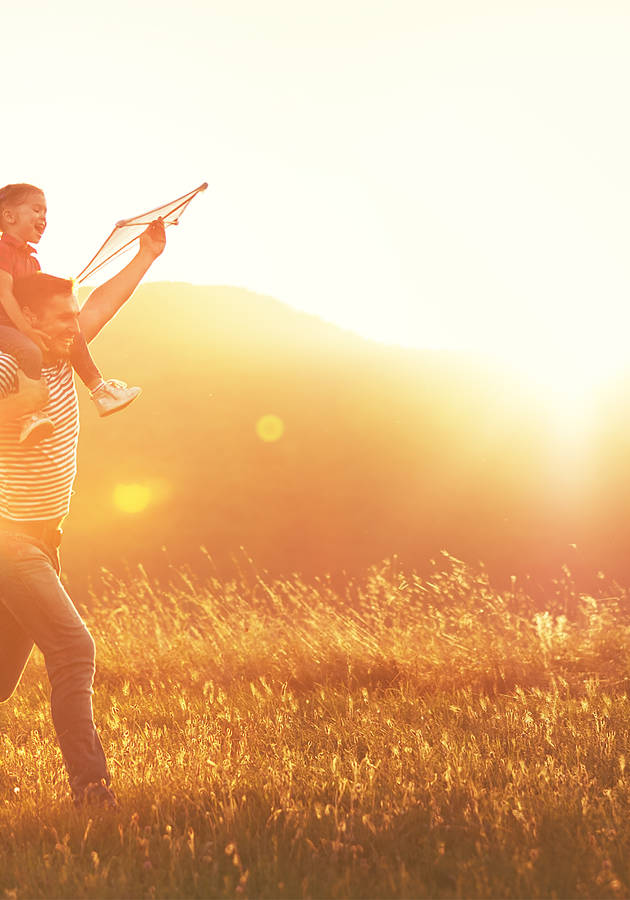 This microbook is a summary/original review based on the book: First They Killed My Father: A Daughter of Cambodia Remembers

Between 1975 and 1979, the Khmer Rouge systematically killed about 2 million Cambodians, almost a fourth of the country’s population. “First They Killed My Father” is a story of one of the survivors, Cambodian-born American human-rights activist Loung Ung.

So, get ready to hear her harrowing and painful childhood experiences while never forgetting that they mirror those of millions of Cambodians – and, moreover, that they were the fortunate ones!

Ma is a woman of Chinese origin, “admired for her height, slender build, and porcelain white skin;” also part Chinese, Pa – Loung’s favorite person in the world – has a large, stocky shape, and black curly hair – and also a very generous heart. “Pa reminds me of a teddy bear, soft, and big and easy to hug,” mournfully recalls Loung.

The Ung family is privileged: thanks to Pa’s position as a military police captain in the government, they can afford to live in one of the richer neighborhoods of Cambodia’s capital, Phnom Penh. They can also afford to go to school, dances and New Year’s celebrations, take French classes, and drive around in a sleek, black Mazda, while also owning a truck. For comparison, in the war-ravaged Cambodia of the 1970s, many people live in crowded homes of only two or three rooms for a family of ten; many more live in makeshift tents far away from the cities.

A few words about Cambodia of the 1970s

For those who need a brief history lesson, Cambodia is a war-ravaged country because, although neutral, it was habitually bombed by the United States as part of Richard Nixon’s attempts to win the Vietnam War. In 1970, a CIA-backed coup deposed King Sihanouk from the throne and installed the pro-U.S., military-led republican government of General Lon Nol. This resulted in a chaotic all-round Civil War.

The government – of which Loung’s father was part – was supported by the United States which continued to bomb Cambodia to get rid of the enemies of the new administration: the old ruler, King Sihanouk, and a group of communist insurgents known as the Khmer Rouge. In case you don’t know, the Khmer people are the ethnic group accounting for the vast majority of Cambodia’s population, and “rouge” is French for red.

In 1973, the U.S. forces withdrew from Vietnam, betraying the trust of the newly installed Cambodian government and leaving them to fend off the Khmer Rouge on its own. They failed: on April 17, 1975, with the help of the resurgent Vietnamese communist army, the Khmer Rouge gained control of Phnom Penh – and the Ung family was there to see it from the balcony of their apartment.

Loung could understand nothing. She could only see hundreds of fearsome black-clothed men and women with red scarves tied around their necks, screaming through megaphones that everybody needed to leave the city immediately. “What do they want?” she asked her father. “They want us,” Pa replied. “But why are they doing this?” Kim requested further clarification. It was a chilling reply that followed: “Because they are destroyers of things.”

Within a few hours, the Ung family threw the things they could into several suitcases and left their family home for good. Using Pa’s truck, they made their way out of the city, and, after a grueling weeklong journey, reached the village of Bat Deng, where they planned to live with Ma’s brothers, Heang and Leang, as poor peasants.

The reason was that the Angkar – the name of the new Khmer Rouge government – while distrusting the rich and the West, claimed to love the laborers and the traditional Cambodian way of life. They maintained that they were fighting for the creation of a utopian agrarian society – one in which the poor laborers of yesterday would finally inherit the earth. But they didn’t seem to be interested in granting a place in this world of brotherhood and unity to “the old bourgeoisie” – to which the Ung family belonged. Hence, Pa instructed his children to hide their identities at all costs and act as if they had been farmers their whole lives.

However, after new Phnom Penh refugees started arriving in the village, fearing that his cover might be exposed, Pa made arrangements for the family to be transported to the village of Loung’s grandmother. The plan didn’t work out: instead, the Ung family got sent – with approximately three hundred of the new evacuees – to the village of Anlungthmor, where they would spend the next several months watching people die of starvation, disease, and food poisoning.

Finally, in November 1975, the Ungs were relocated once more – this time to a collective farm at Ro Leap. They would spend the next 18 months there.

Ro Leap was basically a labor camp. Just like everybody else, the Ungs were forced to work constantly, receiving very little food in return. Physical exhaustion and near-starvation became a way of life for the family. Moreover, the Khmer Rouge started recruiting teenagers for the army and similar tasks, so a few months after settling in Ro Leap, the family’s oldest children – Meng, Khouy, and Keav – were separated from the rest and sent to work at different camps. One can even say “fortunately” – as inadequate that word is in this context – because the rest of the family’s members survived on the food Meng and Khouy brought back to Ro Leap when they were allowed to visit. The fate of hundreds of others was far worse. And soon enough, the Ungs stopped being an exception.

In August 1976, Keav died of food poisoning at the teenagers’ work camp at Kong Cha Lat. Like many, she didn’t even get a chance: by then, the Khmer Rouge had killed most of the doctors – treating them as members of the old ruling class – and had forbidden the use of many medicines, dubbing them imports from the debauched West. Four months later, two soldiers arrived at the Ungs’ hut and demanded the help of Pa to free a stuck wagon. He knew that this wasn’t why they had called him. He embraced Loung for one last time and told Kim – soon-to-be the only man in the family – to look after the girls. He was never seen again.

Kim tried keeping to Pa’s request and started stealing corn from the shared crops for the family. However, after being caught once, he was brutally beaten by the soldiers guarding the fields, and he had no choice but to stop stealing.

Soon after, seeing no other way out, Ma forced him, Loung, and Chou to run away from the camp, split up, and pretend they were orphans. That way, she said, they would have better chances to survive, since it would be more difficult for the Khmer Rouge to eliminate them at once as children of an executed member of the old regime. Ma and her smallest daughter, Geak, remained in the camp.

The children didn’t enact their mother’s plan completely: while Kim walked off alone in an unknown direction, Loung and Chou stayed together and found a nearby children’s work camp, where their guise as orphans was accepted. The conditions were better there, so they gained some strength and vigor. On account of these and her intelligence, Loung was separated from her sister in August 1977 and sent to a training camp for child soldiers. She would spend the next year and a half there, being fed with Khmer Rouge propaganda and learning how to fight the Vietnamese soldiers.

Once an allied country, the newly unified Vietnam was now considered Cambodia’s greatest enemy. The Khmer Rouge hated all foreigners, but particularly the Vietnamese whom they referred to as the Youn. They taught the children at Loung’s camp to see them as monsters and to make it their life mission to kill them. Loung was too young to be aware, but in reality, they were preparing for an invasion. After several border clashes, Communist Vietnam was preparing to oust the Khmer Rouge government and install one more in-line with Marxist principles and their own interests.

In November 1978 – feeling that Ma and Geak were calling her – Loung sneaked away from her camp under the cover of night and headed for Ro Leap. Upon arriving, she found their hut empty with her mother’s belongings still there. From a woman in the neighboring camp, she learned the worst: her mother and her sister had been taken away by Khmer Rouge soldiers the day before, just like Pa had been once as well. That was the last thing she would learn about them.

In January 1979, Vietnamese soldiers took control of Phnom Penh and established a new government. Soon after, Loung was awoken by mortar explosions. Just like all the other children at the camp, she started to run for her life. In the subsequent chaos, she was found by Kim and Chou, and a few days later, the three arrived in Pursat City, a refugee camp under the control of the Vietnamese troops. They weren’t monsters, Loung learned – in fact, they were far friendlier than the Khmer Rouge soldiers. Eventually, the siblings received shelter from foster families at the camp, but they didn’t treat them well: one of Loung’s foster brothers even tried to rape her.

In March 1979, Meng and Khouy arrived at Pursat City and the following month the reunited Ungs left the refugee camp. After walking for 18 days, they reached Bat Dang, the village of their uncles. There Meng – now 23 – married Eang, a 20-year-old Chinese girl whose mother and father were in Vietnam. After visiting them and gathering some money, Meng returned to Bat Dang to take one family member with him back to his wife’s family. He had a plan: first, to get to Thailand with their help, and, from there, with the help of a religious sponsor, to get to the United States.

Meng chose Loung – she was his youngest sibling and, hence, the one with the best chances to start all over. It all worked out: after a perilous 3-day voyage across the Gulf of Thailand and a few months spent at the Lam Sing refugee camp – in June of 1980 – Loung, Meng, and Eang boarded a plane at the Bangkok International Airport and headed for Vermont, their new home. Finally, it was all over: they could start living.

Chilling and heart-wrenching, “First They Killed My Father” is a story of survival and triumph. But it is also a story of a nightmare that was real life for millions of Cambodians during the 1970s. Read this book – in their memory and honor.

Loung Ung is a Cambodian-born American human-rights activist and bestselling author. The sixth of seven children in a middle-class family in Phnom Penh, she spent her childhood in Khmer Rouge labor camps. She escaped from Cambodia at the age of 10... (Read more)