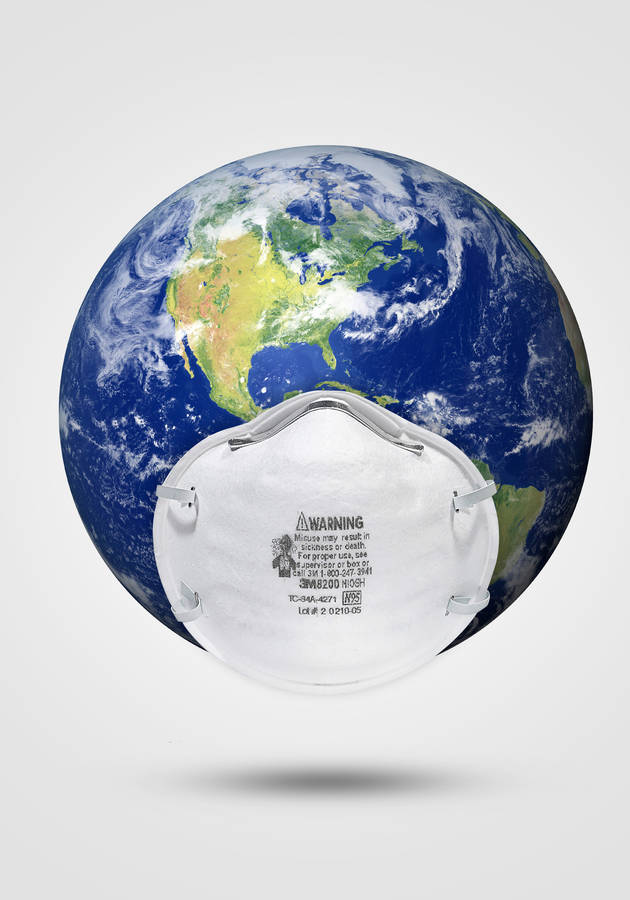 On March 11, 2020, a few months after an outbreak of the severe acute respiratory syndrome coronavirus 2 hit China, the World Health Organization (WHO) declared it a pandemic. But how did it all start? And how serious is it? Get ready to discover everything you need to know about the novel coronavirus – and learn what you can do to prevent its spread.

Viruses are microorganisms smaller than bacteria that carry genetic material but cannot reproduce outside a living cell. That means that they can do practically nothing on their own: to live and survive, viruses need to insert themselves inside the cells of another creature, which hence becomes their host. In fact, it is not an exaggeration to say that, on their own, viruses are not even alive: they are not made of cells, they can’t grow and they can’t make their own energy. Often described as “organisms at the edge of life,” viruses occupy a unique gray area between the living and the nonliving world.

They were first discovered by Russian scientist Dmitri Ivanovsky in 1892. However, not all scientists understood the nature of viruses back then. Ivanovsky had suspicions that a previously unobserved infectious agent caused a tobacco disease raging in the Crimea Peninsula. Dutch microbiologist Martinus Beijerinck later confirmed it in 1898 and, to differentiate it from bacteria, proposed a new name for the agent: “virus,” from the Latin word denoting “poison.”

It was much later in the 20th century that virologists discovered that viruses are neither poisons nor biological chemicals – but something much more alive and, thus, much more sinister. If you need an analogy, think of the cyborgs in the “Terminator” franchise – even though born fully formed, viruses too rely on host material to develop, power themselves, and fulfill their life mission. Unfortunately, their life mission is often at odds with ours: for the viruses to live, they need the same cells that we need to function properly – the ones inside our bodies.

Viruses are everywhere. They are probably “the most numerous type of biological entity.” Predictably, there are millions of different types of viruses – but, so far, we have described in detail only several thousand virus species, classifying them in about 30 different families. One of these families is the Coronavirus family, named so because of the crown-resembling spikes that stick out from the surfaces of these infectious agents; “corona” is the Latin word for “crown.”

The first coronavirus was discovered only half a century ago in chickens. Now known as the avian coronavirus – or, more commonly, as the infectious bronchitis virus (IBV) – this is a highly infectious pathogen that severely affects the respiratory tracts of birds. It was later found that some coronaviruses can affect mammals as well, causing diarrhea in cows and pigs.

The earliest two human coronaviruses discovered (called, quite prosaically, 229E and OC43) didn’t seem that harmful, causing mild to moderate respiratory infections, not unlike the common cold. The same is true for two other strains referred to as NL63 and HKU1. However, the remaining three strains – out of the seven so far described – seem far riskier and more hazardous. In fact, they are the ones responsible for the most publicized viral outbreaks of the ongoing millennium:

COVID-19: where did it come from and how did it spread?

The four most common human coronaviruses (229E, NL63, OC43, and HKU1) are human-borne, which means they utilize humans as their natural hosts. This may be the reason why they are not threatening to us: they seem to have evolved to maximize spread rather than pathogenicity, and the best evolutionary tactic in such a case is to be fast and transmitted easily without harming the host. However, the other three strains of human coronaviruses are zoonotic – meaning, they utilize animals as their primary hosts, while still being able to infect humans as well. And the starting point for all three of them was in bats.

Due to their broad distribution, high mobility, and long lifespans, bats are natural reservoirs for numerous zoonotic pathogens, carrying more viruses per species even than rodents. However, since they have evolved to coexist with most of these viruses, bats are highly resistant to them. Unfortunately, many of these viruses can be easily transmitted from bats to livestock and pets due to predation and accidental interactions; from there, they can infect people as well. And since these viruses are, by their very nature, virtually unknown to the human immune system, they can immediately cause serious problems inside our cells.

We know for a fact that both SARS and MERS originated in bats. We also know that the SARS virus jumped from horseshoe bats to humans by way of civets, lean, nocturnal mammals sold for meat in local Chinese markets. Similarly, before spreading to humans, the MERS virus infected camels – which is why the first patients reported were from Saudi Arabia. Evidence suggests that the virus that caused the current pandemic – the SARS-CoV-2 coronavirus – must have followed a similar route, using an intermediate carrier to jump from bats to humans.

We still don’t know for sure the identity of this mystery animal: it was originally supposed that it might have been a pangolin – scaly anteaters used in traditional Chinese medicine – but subsequent tests ruled out this possibility. Be that as it may, the COVID-19 pandemic was first transmitted from some other mammal to a human being in one of the “wet markets” of Wuhan, China, where exotic animals are piled in cages and often killed on-site as evidence of meat freshness. The patient zero might have been a 55-year-old man with a “pneumonia of unknown cause” admitted to a Hubei hospital on November 17, 2019. Just a month and a half later, human-to-human transmission was first confirmed, and, ever since, it is the primary source of infection.

Symptoms, diagnosis and treatment of COVID-19

As indicated by its name, SARS-CoV-2 shares genetic similarities to the original SARS-CoV that appeared in 2003. However, even though the two are strains of the same viral species, the novel coronavirus made the jump to humans separately and is not actually a direct descendant of the one that caused the first coronavirus epidemic two decades ago. Even so, the symptoms of the diseases these two viruses cause are fairly similar.

It takes between two and 14 days after being exposed to SARS-CoV-2 to develop the COVID-19 disease. The symptoms range from mild to severe, and most commonly include fever – i.e., temperatures above 100.4 °F (38 °C) –  dry cough, and shortness of breath. Runny nose, sneezing, and sore throat can sometimes occur, as can fatigue and muscle pain. Diarrhea, nausea and headaches are less common symptoms. In more serious cases, COVID-19 can progress to pneumonia, multiple organ failure – and even death.

The bad news is that we still don’t know how contagious people are during the symptomless, incubation period. And even though rare, asymptomatic cases have also been reported. This means that there may be many young people who don’t know they are sick with COVID-19 passing on the virus to people who belong in the most vulnerable categories: older adults and people suffering from chronic conditions such as diabetes, lung or heart diseases. Early estimates say that the fatality rate for this subset of people might be several times higher than the average death rate for the disease, which varies from country to country, and is reported to be anywhere between 1.4% and 3.5%.

There is no way to know if you are infected with COVID-19 unless you get tested. Only medical professionals can do the specialized test on respiratory samples that, in turn, are usually obtained from the back of the nose or the throat of the suspected patient. In most countries, the results are available within a few hours.

As is the case with all coronaviruses, there is currently neither treatment nor vaccine for COVID-19. Symptoms, in most people, will usually go away on their own. Getting plenty of rest and drinking fluids should help. However, you should seek immediate medical help if you are in the vulnerable categories and if you experience breathing problems. It is even more important to do whatever is in your power not to pass on the virus to others. So, stay at home.

Q&A: Five myths and facts about the coronavirus

False news and alternative facts are dangerous at any time – but during an epidemic, they can have disastrous consequences. So, here are five common myths about the coronavirus spreading online – countered by facts, backed by current scientific knowledge: