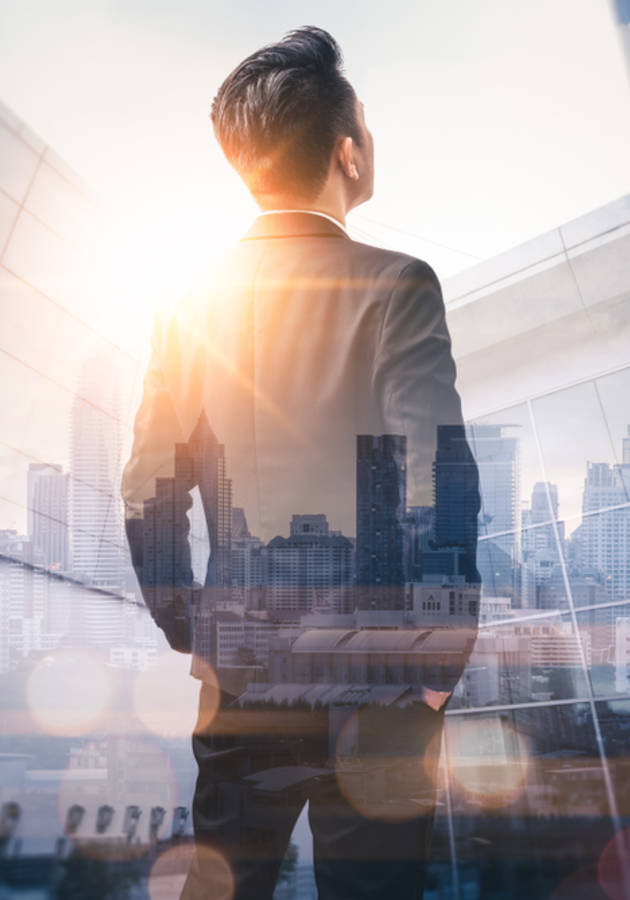 This microbook is a summary/original review based on the book: Digital Darwinism: Survival of the Fittest in the Age of Business Disruption

Created by Edgar P. Smith, the first annual listing of the Top 500 American companies appeared on the pages of the Fortune magazine more than 60 years ago, in 1955. Believe it or not, only 71 companies from this original Fortune 500 list remain today! Blame it on the same forces that allowed modern humans to supplant the now-extinct Neanderthals: natural selection. Or, in Herbert Spencer’s concise and memorable phrase: “survival of the fittest.”

Of course, when it comes to man-made companies and market fluctuations, concepts such as “natural selection” and “survival of the fittest” are used merely as metaphors, if not as misnomers. Conversely, few evolution-related maxims so acutely and accurately can capture the ethos of the contemporary digital age as one that didn’t even originate in Darwin or Darwin’s commentators: “change or die.”

For better or for worse, these three words have stopped being only a succinct descriptive account of evolutionary mechanisms ever since the 1970s. The "change or die" phrase turned into a maxim, an organizational manifesto, a ‘call to arms’ if you will, following the "The Mother of All Demos" demonstration – Douglas Engelbart’s landmark that revealed to the world almost all fundamental elements of modern personal computing. Because when technology and society evolve faster than your ability to adapt, mere adjusting doesn’t help. You either redesign your business model – or earn a Wikipedia description in simple past.

And that’s the quintessence of “Digital Darwinism,” a revolutionary stage in human history and the title of the debut book by Tom Goodwin, Head of Innovation at Zenith Media USA, author of 250 tech-related articles in the last two years only as a columnist for Forbes and TechCrunch, and frequent contributor to GQ, The Guardian and Wired, among others. Subtitled “Survival of the Fittest in the Age of Business Disruption,” Goodwin’s book, to quote its blurb, “takes a closer look at disruptive thinking to inspire those who want to be the best at digital transformation.” And we, as usual, take a closer look at its content and bring you the best of it in an easily digestible 12-minute summary.

The world has changed

When an asteroid hit Earth about 66 million years ago, being a dinosaur – that is to say, a gigantic organism with no predators whatsoever – suddenly became a disadvantage, due to the worldwide climate disruption and the resulting scarcity of food. It was a perfect time for the much smaller, more flexible, and more easily adaptable mammals to flourish; the smartest among them evolved into humans. Maybe it wasn't so obvious at the moment, but we just described what happened in the business world about half a century ago after been hit by an asteroid of a different kind: the personal computer.

First of all, computers made the world much smaller and made changes much faster. This altered the rules of the game of success quite profoundly: as a species, human beings evolved to excel in “a local and linear world,” so it should come as no surprise that many companies didn’t know how to adapt to the new, global and ever-changing environment.

Secondly, just like in the case of dinosaurs, the advantages of size suddenly became liabilities. The very things that guaranteed the survival of big companies and granted them power and influence ever since time immemorial – ownership of assets, expertise in a certain field, large workforce, historical brands – now grew into burdens and inconveniences, making change harder and continued existence trickier.

Finally, despite growing accustomed to believe that experience is always a good thing, the constant changes in the digital age has turned this axiomatic conviction on its head: contrary to traditional wisdom, those companies most recently built with the latest technology at the very core of their business seem  that seem most likely to both disrupt the market and project the best structure for growth in the future.

“It’s these three changes,” writes Goodwin, “rapid global change, the irrelevance of size, and the rise of insurgent companies, above all else, that now make life different. They mean that companies now have to think hard, be bold and challenge themselves.”

The three eras of technology

These three requirements – especially the last one, self-challenge – had never really been requirements for success in the form that they are today, in the digital age. And that is valid even for the previous two eras of modern technology: electricity and the computer ages. Even so, we might learn a crucial lesson or two if we cast a cold eye on the politico-social mess and innovative haven that the 20th century was.

As expected, change and new technology were never accepted first by the big corporations – those would be the companies that earned their place as market leaders by mastering the old technology. However, during the electricity and the computer ages, they had time to adapt. For example, it took almost a century to electricity to become commonplace.

The phases can be observed in computer and digital ages as well. The good news for some – and the bad news for others – is threefold:

We’ve gone past the predigital and the mid-digital age and we’re now living in the post-digital age when the new technologies are not only commonplace and cheap but can also serve as the springboard for related innovations.

The pace of change is constantly accelerating: if it took electricity a century to become commonplace and it took computers half than that time precisely because of them – new ideas can become domesticated at a lightning-fast speed. For example, Netflix was founded in 1997, Facebook in 2004, and Twitter two years after that.

At least for the time being, the post-digital age – defined by its whirlwind speed of disruptive innovation – seems like it’s going to last for quite some time. It’s not even the case of “change or die” anymore – it’s “disrupt or die.”

Destroying yourself on your way to success

“The most successful companies today,” writes Goodwin, “are the ones with the courage to challenge rules, who build themselves on different assumptions, who challenge the status quo, but do so based on the next paradigm, not the last.” In short, it is the companies that prefer to “bet big on radical innovation and change” that usually end up as decisive winners as opposed to those companies “who hope to survive by making small incremental changes.”

Take the now-defunct DVD rental chain Blockbuster as a poster example. At its peak, in November 2004, Blockbuster employed a little less than 85,000 people worldwide and owned more than 9,000 stores in total. It was so big and self-confident, that it turned down a chance to buy its rival, a then-fledgling startup called Netflix, for measly $50 million. During the next eight years, however, Blockbuster’s value dropped from about $5.5 billion to near zero, while Netflix’s value grew more than 360%!

Similarly, during the pretty much same timeframe, Nokia and Motorola suffered an $84 billion loss as their market capitalization shrank by over 90%, while Apple and Samsung, on the other hand, gained more than $600 billion in value. Finally, during the same period, Amazon’s market cap grew more than 20 times, and Barnes & Noble lost about half its market value.

The examples above are just a few of the thousands available, and the main reason for the latter is quite simple: most companies, as Goodwin writes, “are like the tax code or Heathrow airport,” that is to say, they are an “aggregation of countless alterations, additions, patches and workarounds” accumulated over many years.

Expectedly, each change is based on sound thinking and wants to take into consideration new realities. However, what this essentially amounts to after decades of readjustments is a 17,000-page United Kingdom tax law and an unmaneuverable mess of an airport located in the wrong place for the wrong types of planes. Both Heathrow and the tax law, concludes Goodwin, “would be far better if they could be started again.”

Four ways to start things all over again

If there is one takeaway you want to remember from this book, let it be this one: to survive in the post-digital age, you must not only change but change fundamentally. As Sony found out just a few decades ago, solely perfecting the Discman meant nothing more than pouring in water from an empty cup; the company would have saved a lot of money if it had embraced the advent of digital music and contributed to making Discmans obsolete. Change must be at the core of your business, not at the edges. You need a new Heathrow, not a new lane.

The above is a perfect example of the first of four different ways you can change your business and start your disruption:

Either case, no matter how good and big you are, the least smart thing you can do today is resting on your laurels. “Companies now need to look further ahead, to try to be not just agile, but predictive, to be comfortable being uncomfortable, and to be constantly finding ways to change the core essence of what they are. They need to embrace risk,” writes Goodwin.

Just like evolution, digital Darwinism is not merely a conjecture, but a theory in the scientific sense of the word, that is to say – a well-confirmed type of explanation of the way the business world functions in this post-digital age.

Tom Goodwin’s same-titled book is, by far, the best instruction manual we’ve read so far on the subject, both through the historical developments or the current nuances of this new business mindset.

What’s more, “Digital Darwinism” is stripped of tech-related acronym-crammed and jargon-laden gobbledygook and filled with numerous practical bits of advice, so it’s suitable not only for experienced readers but for novices as well. Read it if you own or want to own a company, regardless of whether you want to succeed or merely survive.

Back in 1889, as quoted by Goodwin, Mark Twain wrote something that perfectly illuminates the present business climate via a humorous analogy: “The best swordsman in the world doesn’t need to fear the second-best swordsman in the world; no, the person for him to be afraid of is some ignorant antagonist who has never had a sword in his hand before; he doesn’t do the thing he ought to do, and so the expert isn’t prepared for him.”

In a world where going digital is everything, and incremental change isn’t good enough, you can easily become that ignorant antagonist capable of challenging the best swordsman – as far-fetched as this may sound. Just incorporate the latest technology at the core of your business – and you’re good to go! Your inexpertness might just be your edge: “The barrier to disruptive innovation often isn’t knowing enough,” writes Goodwin, “it’s knowing way too much about how things have always been.”

Author bio Tom Goodwin is the executive vice president and head of innovation at Zenith Media USA. He was voted one of the top 10 voices in marketing by LinkedIn, and one of the 30 people to be followed o... (Read more)