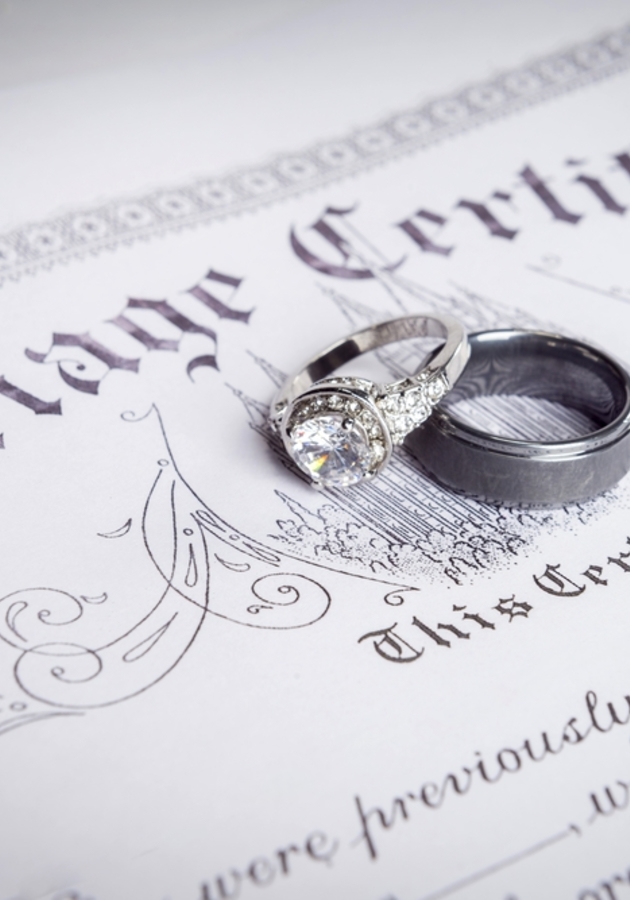 This microbook is a summary/original review based on the book: Committed: A Skeptic Makes Peace with Marriage

At the end of her book “Eat, Pray, Love,” author Elizabeth Gilbert had met Felipe (José Nunes), a Brazilian with an Australian citizenship living in Bali. They fell in love and decided to spend the rest of their lives together - but to never marry. Then, however, due to visa problems, the only way they could spend their lives together was to get married, and that meant coming to terms with the idea of marriage. “Committed” looks at marriage and our expectations of it. So get ready to learn what marriage is all about!

Both Elizabeth (Liz) and Felipe had already been married once before. For Liz, her first divorce sent her on a journey around the world that she wrote about in “Eat, Pray, Love” at the end of which she met and fell in love with Felipe.

At that point, Felipe’s divorce was already almost a decade in the past, but he was still mourning the loss of two decades of his life and the close relationships with his two children.  When they met in Bali, both Felipe and Liz were still hurting from their first broken marriages. That’s why, although swearing lifelong fidelity to one another, both decided not to marry again.

For a while, they “lived” together in Philadelphia. Felipe would stay for his three-month long visa visits, then leave the country and come back on another visa again. For them, this was ideal: three months was just about the amount of time they were ready to safely commit to.

But eventually, they ran into a problem. While returning together from a trip abroad, Felipe was arrested by border control and banned from entering the United States again unless he was on a permanent visa. Liz and Felipe were faced with a problem: either spend their lives apart or marry.

The couple decided to get married. The bureaucratic process took more than a year, during which they traveled around Asia and spent time in Bali again. This gave Liz more than enough time to come to terms with the idea of matrimony and what it meant.

To start her spiritual journey, Liz went to female members of the Hmong clan in Vietnam. The Hmong live in large families and share small homes - the complete opposite of the modern Western family unit.

In comparison, a Western family can only be seen under an electron microscope, since a Hmong (mung) family consists of many members. Their homes are so bustling and crowded that individuality, but also loneliness, are nonexistent. This made Liz wonder: are modern Western marriages put under more of a strain since they revolve around such a small nucleus?

Men and women lead largely separate lives in the Hmong society, and Hmong women get their emotional nourishment and support from other women - they do not expect their spouse to be their best friend and emotional pillar. In contrast, in the Western world, the person you marry is the most personal choice you can make. It directly reflects your own personality.

For Hmong women, the institutions of marriage and love do not necessarily seem to be connected. Or, love is not always the reason for marriage. Similarly, arranged marriages were fairly common in the Western world until recently as well.

That is not to say that the Hmong women do not love their husbands, but it does suggest that they do not get their happiness and joy exclusively from their marriages. This led Liz to conclude that maybe she was expecting too much of love. Maybe marriage did not need to be the soaring bliss that everyone expected of it? Maybe it did not need to be the source of all happiness and joy for one another.

So if eternal bliss is not the aim of marriage, what is marriage about? From a historical standpoint, this question is incredibly difficult to answer, as marriage, over the centuries and in various countries, has meant vastly different things.

Indeed, it does not even have to mean the marriage between two living people. In China, there used to be ghost marriages, where a young girl would be pledged in marriage to a dead man from a different clan, as a way to seal the bonds between two separate clans. For women, this turned out to be a great way to gain independence: by marrying a ghost, they would never have to marry in real life.

Just like the definition of marriage has changed over the centuries, so has the purpose of marriage. Originally, marriage was meant to provide physical safety. Later, once tribes and dynasties emerged, marriage became the way to ensure the continuation of a bloodline.

Indeed, the notion of a love-based marriage is fairly recent. In essence, marriage is a social contract and by linking this to love, marriage becomes an extremely fragile state. Love is a gamble.

With a second marriage, says Gilbert, at least you are aware that you are gambling. She writes: “It seems to me that first marriages are the more hope-drenched affairs, awash in vast expectations and easy optimism. Second marriages are cloaked, I think, in something else: a respect for forces that are bigger than us, maybe.”

In 2006, Liz’s and Felipe’s request for a permanent visa was held up for a few months by a new immigration law introduced in the U.S. The FBI had to clear every U.S. citizen of any criminal suspicion before they would be allowed to marry a foreigner.

This law was intended to save foreign women from being sold into marriage with an American man with a criminal record, but it meant that Liz and Felipe had to now wait even longer before they could get married. To pass the time, they traveled through Laos.

An encounter with a young Buddhist monk made Liz wonder about infatuation. According to Buddha, all suffering is rooted in desire. Liz agrees with this, “As soon as you want somebody - really want him - it is as though you have taken a surgical needle and sutured your happiness to the skin of that person, so that any separation will now cause you a lacerating injury.”

There is a famous mythical story about longing by the Roman playwright Aristophanes. According to him, the world was once made up of four-legged, four-armed, two-headed creatures, a perfect meld of two parts: either male-female, male-male, or female-female. Everyone was so happy in their completeness that they forgot to worship the gods.

As a punishment, Zeus decided to separate the two parts, creating the miserable two-legged, two-armed, and one-headed creatures we are today. According to the story, this separation is the reason why we are forever longing to find that perfect partner, the one union that will make us whole again.

Even though we all long for it, there is no such thing as a perfect union. Even when you find your perfect partner, there will still be differences that set you apart. That is why, apart from desire, you also need tolerance and forgiveness in your marriage. As Liz writes, “Forgiveness is the nurse who knows that such immaculate mergers are impossible, but that maybe we can live on together anyhow if we are polite and kind and careful not to spill too much blood.”

She learned this the hard way after months of restless traveling around Asia with Felipe. There was still no end in sight, and both had grown more and more tense over the months. On top of that, Felipe likes to settle in one place, and Liz is a restless traveler, never wanting to stay in one place for too long.

These continuing tensions led to more and more conflicts between the two, until they finally came to a point of preemptive conflict resolution. Whenever they got to a point in their relationship where the next few words could really hurt one another, one of them would say, “Let’s be careful now.”

There are moments in every relationship where words are exchanged that can have permanent damage. So, it is best to have mechanisms in place to prevent the relationship, or the marriage, from falling apart.

Philosopher Arthur Schopenhauer compared the dilemma of human intimacy as similar to that of porcupines on a cold winter night. To provide each other with warmth, they draw closer together and end up poking each other with their quills. To stop the pain, they withdraw again, just to come close again because they quickly feel cold.

Marriage is a constant act of balancing between autonomy and subversion, as Liz quickly realized while in Bangkok with Felipe. While he wanted to relax at the poolside, she yearned to travel over the border into Cambodia to see the old temples.

Eventually, she decided to travel there alone - and while the trip turned out to be a disaster - she was still happy she went. Otherwise, she would have felt as if she had buried something important within herself for the sake of being together.

There is a story in Italo Calvino’s “Invisible Cities” about the city of Eufemia. In Eufemia, merchants get together in order to trade every few months. They did not only trade goods, however, but also stories. At night, they gathered around desert bonfires and, prompted by a word, told their stories about “wolves” or “sisters” or “buried treasures.”

Then, weeks later, when everyone was on their own again, they would go through the memories and realize that they had actually traded their memories for another’s sister, or another’s wolf. This, according to Liz, is what intimacy with another person does to us over time. “Felipe's private history becomes a piece of my memory; my life gets woven into the material of his,” she says. Even if one of the two were to die, their stories would live on in the other. Liz would forever carry the memory of Felipe’s father’s swim stroke with her, even though it is Felipe’s memory and not hers. According to her, “That's what a long marriage can do: It causes us to inherit and trade each other's stories.”

For Liz, this degree of intimacy is scary. For women in general, she says, feminine marital persuasion seems to be a regular occurrence. After all, matrimony has not always treated women kindly. Even so, Liz decided to take the leap, and in 2007, she and Felipe got married, ready to embark on the rest of their lives together.

Getting married is a big step. And once you are married, there are many challenges you will face: retaining your autonomy while fostering intimacy and trying to not hurt your partner’s feelings in the process. It can help to have preemptive conflict resolution mechanisms in place during a heated argument. After all, marriage based on love is built on a fragile foundation, and it always remains a gamble whether it will work out in the end or not.

In a relationship, retain your sense of autonomy by doing things on your own and keeping some areas of your life for yourself.

Elizabeth Gilbert is the author of the international bestseller “Eat, Pray, Love.” She is also a journalist and has published articles in Harper’s Bazaar, The New York Times Magazine and... (Read more)