Come as You Are - critical summary review 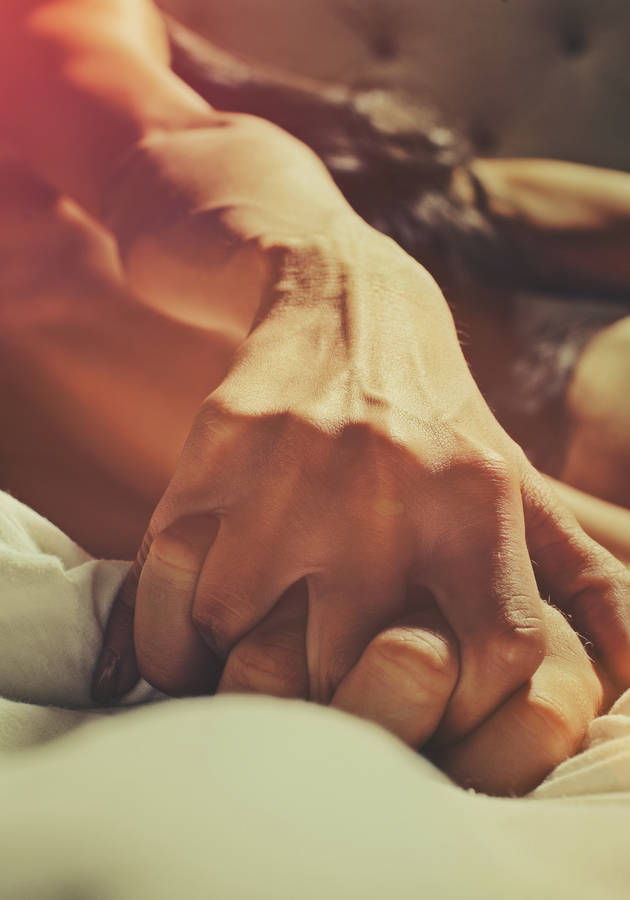 This microbook is a summary/original review based on the book: Come as You Are: The Surprising New Science that Will Transform Your Sex Life

“Come as You Are” doesn’t only have to be a song by Nirvana, it can also be an invitation to explore your sexual uniqueness. At least that’s what it means to Emily Nagoski, one of the most popular sex educators of our time. So, get ready to learn why each of us is a sexually unique being and discover how important context is to sexual desire and pleasure.

The dual control model of sexual response: turn on the ons, turn off the offs

In 1964, William Masters and Virginia Johnson developed the first scientific description of the physiology of sexual response: the famous four-phase model. According to them, the normal human body’s physiological responses to sexual stimulation were, in order of occurrence, excitement, plateau, orgasm, and resolution. A decade later, after studying patients with sexual dysfunction, Helen Singer Kaplan realized that Masters and Johnson’s model lacked something very important: desire. So, she revised it and introduced a triphasic model. Its stages: appetite for sex, arousal, and orgasm.

For decades, “Kaplan’s new triphasic model of sexual response served as the foundation for diagnostic criteria in the American Psychiatric Association’s Diagnostic and Statistical Manual.” Doctors used it to decide whether a person was sexually dysfunctional or not. They diagnosed appetite, arousal, or orgasm as normal or problematic. But then Viagra was invented, and, suddenly, there were far fewer sexual issues for men.To this day scientists haven’t discovered an analogous medication for women’s sexual functioning – and why haven’t they?

Just like the absence of desire in Masters and Johnson’s model, the absence of such a “pink pill” spurred Erick Janssen and John Bancroft to devise the dual control model of sexual response in the late 1990s. Unlike previous models, this one describes “not just ’what happens’ during arousal – erection, lubrication, etc. – but also the central mechanism that governs sexual arousal, which controls how and when you respond to sexually relevant sights, sounds, sensations, and ideas.” It consists of only two neurological parts that work much like a light switch:

The reason why older sexual response models were wrong in diagnosing normalcy was that they never took into consideration the following two facts:

So, in essence, the only thing innate about sexual desire is the excitation and the inhibition systems for acquiring it. We learn almost everything else through experience. It’s true that, on average, men have a more sensitive accelerator and women more sensitive brakes, but the real cause for our sexual differences is culture. So, before going back to the biological nature of sexual desire, let us first put it in context.

Context is composed of two things: circumstances (whom you’re with, where you are, what kind of a situation is) and your brain state (whether you’re loving or not, trusting or not, stressed or relaxed, etc.) These are not merely important factors that influence sexual desire – they are an essential part of it. And yet, popular media and sex magazines ignore this obvious fact and talk about sex in general terms. In reality, if someone tickles you when you’re angry and trying to concentrate, it can be an irritating experience; but if the same happens when you’re relaxed and in a playful mood, it can be fun and even arousing.

But, then again, when you’re stressed out, even the most enjoyable things may seem intolerable. And this is because, when anxious, “your brain interprets just about everything as a potential threat.” The opposite is true as well: when the brakes are off, and the accelerator is on – almost anything can be sexually alluring. The more often a given stimulus leads to pleasant feelings, the more finetuned your excitation and inhibition systems  are to this particular signal.

The emotional context: sex and the stress response cycle

Buried deep in the oldest parts of our brain are three intertwined (but separable) functions, which Nagoski simplifies as expecting, enjoying, and eagerness. They form the “emotional one ring,” which processes “all of your emotional/motivational systems, including stress responses (fear, aggression, and shutdown), disgust, all forms of pleasure from physical to artistic, love and social connection, and of course sex.” And they can sometimes get mixed up! So, don’t consider it strange if someone tells you that they derive the same amount of pleasure from eating chocolate as they do from having sex. It happens. Because: context.

In human sexuality, the emotional one ring works this way. In response to a certain stimulus, your brain goes: “Hey, that’s sexually relevant.” This is the first function, expecting. In the right context, your brain can also say: “Hey, that’s nice!” This is the second function: enjoying. Finally, if the stimulus is arousing enough and your inhibitions low, your brain will send a signal to the rest of your body: “Go, get some more!” That’s eagerness. It’s important to know that even though these three brain functions are intertwined, they are actually separate. Meaning, you can sometimes expect something without eagerness (dread) or be eager for something without enjoying (craving).

Now, in certain situations, your brain is disincentivized to say, “Hey, that’s nice” or be eager to get some more, no matter how seemingly arousing the initial stimulus is. To understand why, think of a zebra attacked by a lion. The first thing that happens inside the poor animal’s body is the rerouting of all its energies to the mechanisms that matter at that moment, those governing the only three reactions that might help the zebra survive: fight, flight, or freeze. A zebra attacked by a lion is incapable of being sexually aroused because it’s not smart to care about anything else other than immediate survival. Only when the brain is sure the threat is gone, its body will go back to normal.

Lions are not threatening to modern humans anymore, but myriad things are. Unfortunately, most of these are abstract: job insecurities and deadlines, family issues and disconcerting news, relationship doubts and friends in need. What’s worse: our body’s reaction to all of them is pretty similar to the reaction of the zebra in the presence of a lion. That’s why, when you’re stressed out, you don’t enjoy anything – including sex.

Stress reduces sexual interest in about nine out of ten people and reduces sexual pleasure in the remaining person. The only way to deal with this is by “losing the lion,” that is, by allowing your body to complete the stress response cycle. You can’t enjoy (or even have) sex when you’re at risk – you can only do it once you’re safe and relieved that you’ve survived.

Sex in action: arousal nonconcordance and the nature of desire

Another reason why there is Viagra for men and no equivalent for women is something researchers call arousal nonconcordance, defined simply as the disharmony between expecting (sexual relevance) and enjoying (sexual appeal). Studies have shown that there is a significant overlap between the two in men – and an almost nonexistent connection in women. In other words, if men get an erection, it usually means they are enjoying the stimuli; women, on the other hand, can get aroused and not enjoy the experience.

The correlation was demonstrated first in a study that measured the blood levels in the genitals of several men and women while they were watching different types of pornographic videos. Some of them were romantic, some violent, some featured two men, others featured threesomes, etc. The participants were asked to rate the level of arousal as they watched different segments. The study discovered that there was a 50% overlap between the blood flow to a male’s genitals and the degree of arousal. In women, there was only a 10% overlap.

Put simply: there is a significant agreement between subjective arousal and genital response in men – a man’s brain registers as sexually appealing what the body deems sexually relevant in every other case. In women, however, sexual relevance (expecting) is worlds apart from sexual appeal (enjoyment): a woman’s brain is far more sensitive to context and in 9 cases out of 10, her body might seem aroused without actually enjoying the experience. “This difference between women and men doesn’t mean women are broken,” writes Nagoski. “It means they’re women.” It also means that “the best way to tell if a woman is aroused is not to notice what her genitals are doing but to listen to her words.”

Finally, this means that we should do away with the idea that sex is a biological necessity – akin to hunger or sleep. You can starve to death and even die of sleep deprivation, but, as animal behaviorist Frank Beach said, in 1956, “no one has ever suffered tissue damage for lack of sex.” Sex is not a drive – but an incentive motivation system much more similar to curiosity than to hunger.

In other words, to improve your sex life, you don’t need to read magazines or go to the doctor – you just need to stay curious and “increase novelty, pleasure, ambiguity, and intensity.” If you feel fine the way you are even though not having sex, don’t worry – you’re normal and probably just curious about other things. These very likely reward you as much as sex rewards others. You’re not missing out on anything.

According to John Gottman – arguably, the foremost living expert on marital stability – “Come as You Are” is not only the best book about sexual desire but also “an absolutely necessary guide for all couples who want to understand the ups and downs in their own sex life.”

And, indeed, Nagoski is so exceptional in combining science and pop culture that “Come as You Are” can be understood by anyone and misunderstood by few. And the majority of those who understand it will probably think better about themselves and their sex life.

Don’t treat your body as an enemy – treat it with respect. And don’t treat others as objects of your sexual desire – treat them as subjects of sexual pleasure.

Emily Nagoski is an American sex educator with a Ph.D. in health behavior and a minor in human sexuality. She is the director of Wellness Education and lecturer at Smith College – where she teaches women’s sexuality. Her TED Talks on unwanted arrival and a lif... (Read more)