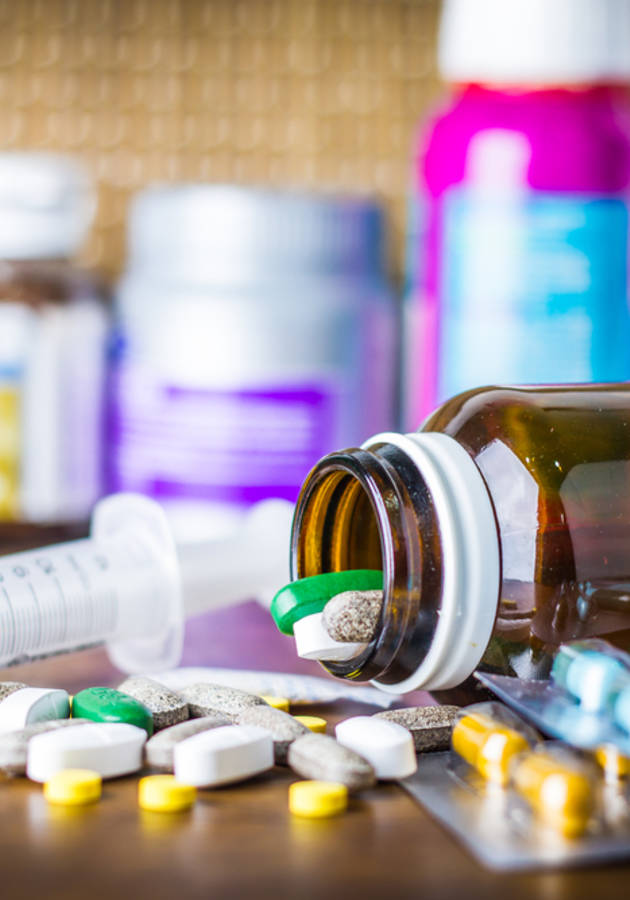 This microbook is a summary/original review based on the book: Chasing the Scream - The First and Last Days of the War on Drugs

There’s a high chance that everything you know about addiction is wrong.

If you want to find out more about how the War on Drugs started and who was behind it, then there are a lot of materials available these days that you need to scan.

Why? Because the so-called War on Drugs has methodically brainwashed you.

Chasing the Scream is here to settle the score.

Chasing the Scream was published in January 2015, exactly one century after the quiet commencement of the War on Drugs.

Now, War on Drugs – just like War on Poverty or War on Terrorism – is such a universally accepted war that it’s difficult to think what could be wrong with it.

Arguably, it almost sounds like something nobody should have anything against. However, Johann Hari was a bit skeptical about that. And if we’ve learned one thing summarizing books here, undoubtedly it is that's always good to be skeptical about things that people accept without thinking twice.

And the author is the kind of person that  likes to think things many times over. To tell you the truth, he wrote the Chasing the Dream because he couldn't think of a satisfying answer to some quite interesting and significant questions.

If you don’t know the answers to these questions either – and, believe us, chances are you don’t – then read ahead!

You’ll be shocked by some of the answers.

“Many of our most basic assumptions about this subject are wrong,” notes Hari. “Drugs are not what we think they are. Drug addiction is not what we have been told it is. The drug war is not what our politicians have sold it as for one hundred years and counting.”

Well, believe it or not, the war on drugs seems to have started in a somewhat similar manner.

Just a century ago, people regularly drank cocaine-infused Coca-Cola and bought medicines which incorporated drugs such as heroin. Hell, you could even buy a tin of heroin from a department store if you were a high-society lady!

However, on December 17, 1914, the Harrison Narcotics Tax Act was approved in the United States, becoming the first drug controlling regulation in the world. Even though the act made prescribing drugs for the treatment of addiction illegal, it was still legal to distribute cocaine if you were a registered seller well into the 1930s. And then, Harry Anslinger happened to the world.

The guy – a firm supporter of criminalization and prohibition of drugs – was the first commissioner of the US Federal Bureau of Narcotics. He held that position for more than three decades, from August, 1930, to May, 1962!

Now, Harry seems to have hated a lot both drugs and communists.

Such was his obsession with them that he made a startling connection sometime during the interwar period. It seems that this connection was evident to him only and to nobody else in the world.

Presumably, communists would be smuggling drugs in the United States to make Americans addicts and undermine the strength of the country.

And apparently, that was precisely what every country in the world said after Anslinger made his case in the UN in the 1950s. Only they did so without the sarcasm.

The War on Racial Minorities

But why was Anslinger so interested in suppressing drugs? Did he care so much about the American people? Of course, he did.

Only in his mind the term “American people” seemed to have a somewhat limited meaning, encompassing everybody but the African American, the Hispanic, the Asian, the communists.

In other words, he used drugs as an excuse to put many entirely innocent people – mostly African Americans – in jail for, say, smoking marijuana.

Here’s how scientific were Anslinger’s claims about drugs:

1. “Reefer [a joint] makes darkies think they're as good as white men.”
2. “Colored students at the University of Minnesota partying with [white] female students, smoking marijuana, and getting their sympathy with stories of racial persecution. Result: pregnancy.”
3. “The increase in drug addiction is practically one hundred percent among Negro people.”

Think today is in any way different? Think again.

“More than 50% of Americans have breached the drug laws,” remarks Hari. If a law is that widely broken, you can’t possibly enforce it against every lawbreaker. The legal system would collapse under the weight of it.

So, the system goes after the people who are least able to resist, to argue back, to appeal – the poorest and most disliked groups. In the United States, they are black and Hispanic people, with a smattering of poor white people.

The birth of the modern junkie

Have you ever thought about how the junkies of pre-war US looked like? Probably not.

Even if you did, you probably can’t picture them in any way different from those that nowadays we stereotype. Namely, small-time thieves that regularly prostitute themselves for money and who are unable to function in any matter whatsoever.

However, this couldn’t be farther from the truth.

Before the Harrison Act and Anslinger’s all too personal war, drugs were cheap enough to allow many drug addicts to live quite normal lives.

However, once criminalized, drugs prices went up, and the living standard of drug addicts went severely down.

The word “junkie” may have been originated around this decade, the 1920s. Either because the early addicts collected and sold scrap metal (junk) to pay for their addiction, or because people suddenly started referring to narcotics as junk (after 1925).

The irony is rather staggering.After all, it was the War on Drugs which (practically out of nothing) created its enemy, criminal drug gangs, not the other way around.

The War on Drugs today

In Ghettoside – an excellent book – Jill Leovy points out that gangs are a consequence of lawlessness, not a cause.

Well, as we explained above, the exact same thing seems to have happened with drug gangs.

Interestingly enough, it is still happening.

You see, drug dealing is a pretty lucrative business, which also means pretty risky. In other words, whether you’re cultivating, transporting, or selling some drug, you’re pretty vulnerable to attacks at all stages of production and distribution.

However, if someone steals drugs from you, you can’t complain to the police about it, can you?

So, the lack of government laws (the lawlessness) incites you to implement some laws on your own. In other words, even if you merely want to transport cocaine and do nothing more, there’s still a high chance that you’ll be unable to earn money from it unless you have a gun.

And the more gangs there are, more brutal the violence. It is, after all, their only way to solve their problems. Anything different means they will all go to prison.

And arresting drug dealers doesn’t help with violence reduction either; on the contrary, stats show that it aggravates things.

Why? Because it creates a power vacuum.

And it is likely that someone will try to exploit it.

Here are some of the benefits we should expect if such a thing ever happens.

This is probably the most important benefit of them all: the humanization of addicts.

Even though these are human beings with serious problems, they are criminals according to our present laws.

It is obvious that people who cause pain need discipline, but people in pain also need a helping hand.

That’s why the governments of some European countries (Switzerland, the Netherlands, Germany) have decided to set up supervised injection sites (SIS). These are centers where addicts can go and have their daily fix in sanitary conditions.

And, in 2001, the Portugal decriminalized possession of any type of drug if it was considered a up to 10-day supply. Interestingly, it was the only European country to report a decline in drug use in the years which followed.

The reduction of drug related crimes

As we explained above, legalization of drugs will, in turn, make stealing drugs a crime. This will have an enormously negative effect on the amount of violence among drug-related gangs.

Put simply, guns are not needed if you can call the police to protect you.

Furthermore, legalizing drugs should put in question their very existence. After all, whenever pharmacies and stores are able to sell drugs, their prices suddenly go down.

Speaking of money, legalizing drugs should be enormously beneficial for the government as well.

Johann Hari has calculated that arresting and jailing dealers cost the government about 40 billion dollars. The measure should not only save this amount but bring at least as much via taxes.

All in all, that’s more than $80 billion on a yearly basis!

Drug consumption and laws were very different during World War I, as were until a decade after the conflict.

Then, Harry J. Anslinger became the first chief of the US Treasury Department’s Federal Bureau of Narcotics and he started an all-out attack. War on Drugs had begun.

He criminalized drugs so that he could settle some scores with the people he hated: African Americans and communists.

And then he convinced the world to do the same.

The opposite of addiction isn’t sobriety – it’s connection

Think of the people whose injuries are so severe that opiates are used to relieve the pain. Have you ever wondered why they don’t become addicts? Even if given loads of diamorphine for weeks?

An interesting experiment with rats may explain why.

The test consists of putting a rat into a cage with two bottles – one filled with water, the other filled with water and heroin. There’s a high chance that the rat will only drink from the heroin-laced bottle until it dies.

However, as Canadian psychologist Bruce Alexander realized in the 1970s, if you make that cage a healthy environment (a sort of a Disneyland for rats) and the rat is not alone, then this doesn’t happen.

Hari’s conclusion: It isn’t the drug that causes harmful behavior, it’s the environment. An isolated rat will often become a junkie. A rat with a good life rarely will, no matter how many drugs you make available to him. As Bruce put it: addiction isn’t a disease. Addiction is an adaptation. It’s not you, it’s the cage you live in.

Drug decriminalization and legalization may solv a lot of problems

Above everything else, the decriminalization and legalization of drugs could keep drug addicts away from criminality.

So why are we still in a war when everybody should benefit from the peace offer?

Johann Hari’s career might have been marked by difficult-to-explain plagiarizing and sock-puppeting scandals in the past, but he arguably makes amends with Chasing the Scream.

It is, undoubtedly, the high point of his career.

Perhaps it’s time we put an end to this shameful practice that keeps perpetuating the stigma of racist America.

Johann Hari is a Scottish author and journalist. He studied social and political science at King’s College, Cambridge, and graduated with a double first. Over the past decade, Hari has written for some of the leading newspapers and magazines, such as The... (Read more)