Being and Nothingness - critical summary review 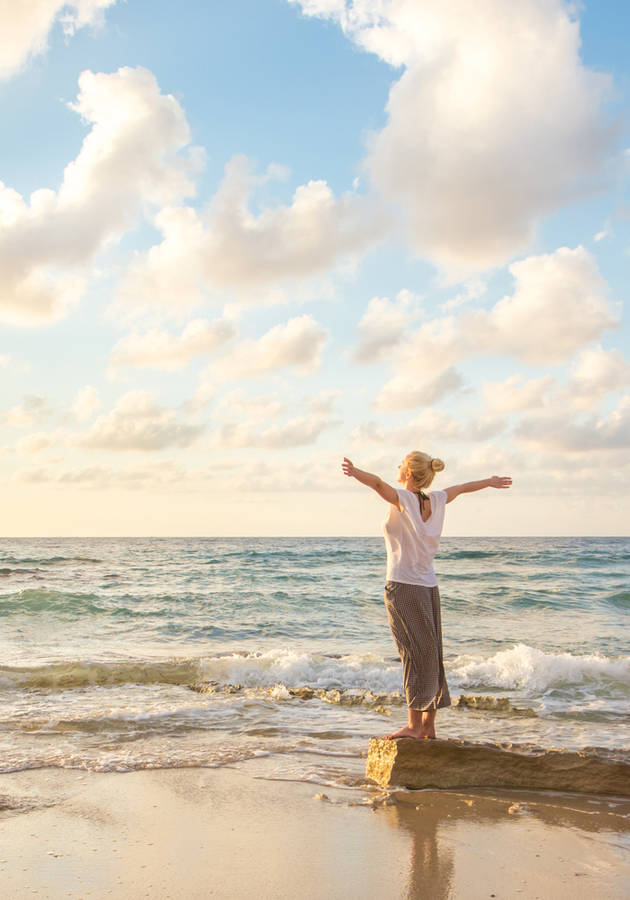 This microbook is a summary/original review based on the book: Being and Nothingness – An Essay in Phenomenological Ontology

In the years following World War II, Being and Nothingness was all the young intellectuals of the world talked about. For all its apparent nihilism, somehow, this book spoke to them volumes about how people can redesign themselves to exert their freedom to a fuller extent.

In a world that seemed to have lost all of its meaning, it was more than necessary.

By the end of the 20th century, Sartre fell out of favor with the minds of many due to his leftist inclinations. Still, he can sound surprisingly actual for we've fallen in a desperation state once again somehow.

You are condemned to be free.

No matter who you are.

Let Jean-Paul Sartre explain that to you.

Being and Nothingness discusses the being (ontology) regarding the structures of our consciousness and the ways those structures help us experience and perceive the phenomena of the world around us (phenomenology).

Don’t worry. By the end of this microbook, you shall understand a little bit better what that sentence means.

Sartre had studied Edmund Husserl’s phenomenological philosophy while in Berlin in the 1930s, and he credits it as one of the most significant advances in modern philosophy in the “Introduction” to Being and Nothingness.

Namely, the negation of dualistic thinking inherent in the philosophy of, say, Immanuel Kant.

You see, for Kant, not only objects exist in the world around us (phenomena, things), but also some intrinsic features that define these objects (noumena, things-in-themselves).

In a nutshell, the phenomenon is everything we can ever know about the noumenon. Even if a stone has a soul, which is more than the sum of its geological history and molecular structure, the human sensation is so limited that can't perceive it..

Summarizing, Kant believed that there may be a noumenal world out there, but that it is entirely unknowable through our senses. An event may have a meaning beyond the one we experience it, but there’s no way to recognize this meaning.

Now, as far as Sartre is concerned, phenomenology has made one step forward, removing “the illusion of worlds behind the scene.”

Because, for phenomenologists, the noumenon is something we simply should not bother with. The appearance of a thing (phenomenon) is the thing-in-itself (for Kant, noumenon) – and that’s where the discussion ends.

The new perspective of the-appearance-of-a-thing-is-the-thing-in-itself creates new dualistic discussion should begin. This one involves the concept of being-in-itself (être-en-soi) and being-for-itself (être-pour-soi).

Being-in-itself is the unconscious being, a mode of existence which only is. Neither it is active nor passive (after all it’s unconscious), and, thus, lacks the ability to change the very essence of its being.

“A rose is a rose is a rose” noted once Gertrude Stein. And that is because a rose cannot be anything else but a rose, no matter how hard it tries. It doesn’t know that it’s a rose,it merely grows into one.

This is the absolute, almost godlike, state of existence: a rose has an unchanging identity, and it isn’t capable of turning into a lily in the middle of its growth cycle.

Being-for-itself, on the other hand, is the conscious, non-determined state of existence.

In a way, this is what makes us humans: we actively participate in the creation of our own being.

We can study to become scientists, realize that we like poetry halfway through, become musicians instead, and end up playing football in our free time.

We are not destined to become something. We are capable of creating our being for ourselves.

“Hold your horses!” would  Sartre say.

Nothingness and the gist of if

A paradoxical problem lies at the very heart of our mode of being. And what follows is the essence of it.

If you understood the above part well enough, you already know that, unlike a rose (thing-in-itself), a person (thing-for-itself) lacks an essence. True, as a rose has its essence finalized before it’s even born, but a person has nothing to start with.

And this nothing sounds as scary as it does.

It is difficult to say that, in this case, the world would make some sense. But that’s the point: it wouldn’t have had the burden of making sense to anyone because there would have been no one to perceive it.

However, we perceive the absoluteness of the beings-in-themselves and the lack of it in our mode of being.

And though we can be anything we want to be, we try to become one final thing. That is, we try to give our lives meanings that are final and absolute.

When people asked you as a child what you wanted to be when grown-up,they actually asked you how do you want to finalize your being-for-yourself existence into a being-in-itself mode of being.

Let’s try to sum this up and maybe simplify it a bit.

So, from the moment you are born (also known as thrown into being), you are free to become whatever you want to become.

However, your freedom is a burden. “You can be anything you want to be,” says Sartre. Strangely enough, that’s the problem.

It’s like running a race in a vast desert, and you have to invent the checkpoints yourself. That sounds… scary.

Hence, Sartre’s famous maxim,taken from his famous accompanying lecture, Existentialism is a Humanism:

Man is condemned to be free. Condemned, because he did not create himself, yet is nevertheless at liberty, and from the moment that he is thrown into this world he is responsible for everything he does.

This responsibility comes from the fact that, existence for a human, unlike a rose, precedes essence. We are defined not by what we are (essence), but by what we do (existence).

A paper cutter is a paper cutter because it cuts paper. Despite that, no definition of what a man should be precedes his own existence.

So, everything you do – each and every action – reveals your thoughts about what a human being is and should be. This is, once again, scary.

“I must be without remorse or regrets as I am without excuse,” writes Sartre, “for from the instant of my upsurge into being, I carry the weight of the world by myself alone without help, engaged in a world for which I bear the whole responsibility without being able, whatever I do, to tear myself away from this responsibility for an instant.”

Since being-for-itself is scary, we want to pin our freedom down to a state of being-in-itself. But even more than that, we want to do the same for others.

It is impossible to comprehend a being-for-itself: you can’t pigeonhole someone who is free to do whatever he wants at any moment. We want predictable things.

So, we conveniently ask others to become something less than a for-themselves – that is, in-themselves. And, Sartre does ask that.

It is the gaze of the others which cages and denies us of our authentic lives – whatever this thing means.

The central concepts of Sartre’s philosophy are the being-in-itself and the being-for-itself.

Being-in-itself is a state of absolute, fully realized, and self-contained being. This is a mode of existence that simply is. A tree is a thing-in-itself because it will forever be a tree, no matter what. Its being is finalized by its very nature.

Being-for-itself, however, is the mode of existence in which all humans are thrown into because of their consciousness and their ability to make choices. Even though a tree cannot choose to become a rose, a man can choose to become a teacher or a scientist.

Interestingly enough, even though he is free to do whatever he wants, a man willfully tries to limit his existence to a state of being-in-itself, mostly because of social pressures. This is what being-for-others means: you become what the conventions expect you to become.

The interesting part is that the conventions are what helps you to live through the dread and anxiety of your freedom to become anything else.

You constantly invent excuses for yourself telling that you can’t do this or do that because of that or this. The truth is – you can.

As far as trees are concerned, their essence precedes their existence – they are what they are, not what they do. Even if a tree doesn’t bear fruits or is cut down after sprouting, it will still be a tree.

Nevertheless, men are defined by what they do, and not by what they are; you can say that you are a poet, but unless you’ve written a few poems, you’re not.

You are living inauthentically because of your bad faith

In Sartre’s mind, the problem with our modern existence is relatively simple: we convince ourselves that we can’t be more than what we are. This is bad faith.

It is because of this bad faith that we become functions of ourselves instead of living, breathing human beings.

Sartre uses the example of a waiter who practically acts out other people’s idea of a waiter – although he is free to be much more than that.

Whatever you do and wherever you are – you can do that too. You invent your being with every step you take. That means that you are responsible for what you’ve become and what you’ll become.

So, stop living the way other people expect you to live. Live authentically!

What can we tell you?

There’s something in the philosophical basis of Being and Nothingness that we continue to find very interesting and thought-provoking.

Dostoevsky might have thought that in a godless universe everything is allowed; Sartre says that it is not because of the other people; and interestingly that, in a way, is the problem.

Hopefully, you’ll be able to see behind the nihilistic veil of this argument.

No one in the right mind, could discard Jean Paul Sartre and his thesis about human existence. We advise you to listen to people while embracing the presumption of now knowing anything. This will give you the upper hand in any dialogue because you’ll remain unbiased when presenting your viewpoints.

Jean-Paul Sartre (1905-1980) was a French philosopher, political activist, novelist, biographer, playwright, screenwriter, and literary critic. His work is considered very important in the development of the philosophy of existentialism and phenomenolo... (Read more)