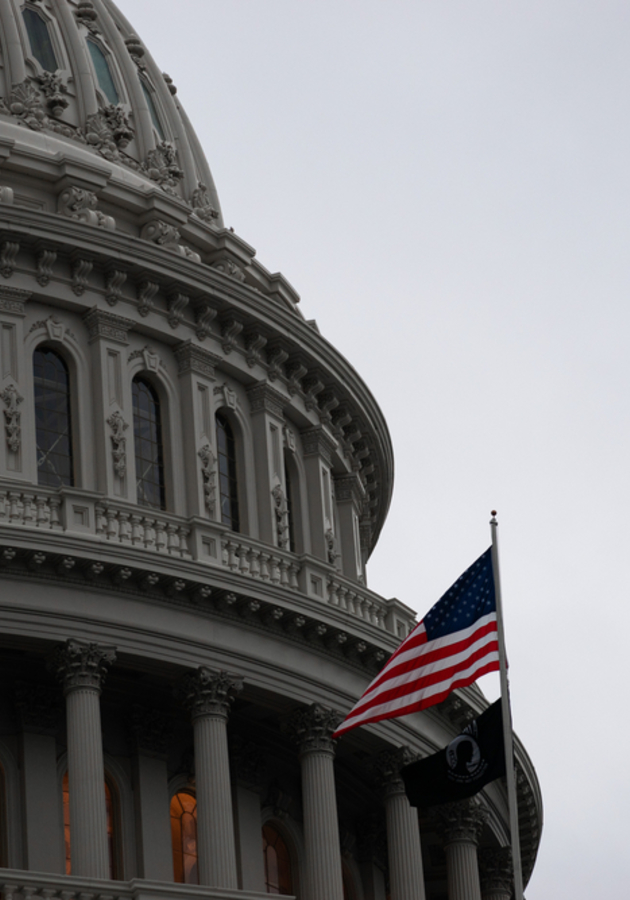 This microbook is a summary/original review based on the book: Bag Man: The Wild Crimes, Audacious Cover-Up & Spectacular Downfall of a Brazen Crook in the White House

Have you ever heard of Spiro Agnew? Chances are, you have not. Nevertheless, this all-but-forgotten vice president of Richard Nixon left enduring marks on his office, the Republican Party, and the American government.

Spiro Agnew was a corrupt politician who somehow made it into the upper echelons of the American political landscape. Once his corruption was uncovered, he tried to use the office (to which he had been democratically elected) to protect himself, rather than resign. What exactly happened? Get ready to learn all you need to know about one of the greatest scandals in U.S. history.

When Richard Nixon announced to reporters in 1968 that he had nominated the governor of Maryland as his vice-presidential candidate, there was confusion. Who was this governor? Where was he from? Spiro Agnew had been the governor of Maryland for only 18 months and was not a well-known political figure at the time, outside the borders of his own state. At the time, the saying went, “What’s a Spiro Agnew?”

Once appointed, Agnew quickly started to build a name for himself through his “slip-ups” as he liked to call them. He referred to Polish American voters as “polacks” and once described a Japanese American newspaper reporter as a “fat jap,” signs of his deeply entrenched racism.

But why did Richard Nixon decide to run with a vice president with little political experience, let alone expertise? Simple: he knew that Spiro could help where Nixon needed it most.

Nixon and his white-nationalist speechwriter Pat Buchanan first noticed Agnew after his involvement in the African American protests in Baltimore. These protests had erupted all over the country following the shooting of Martin Luther King Jr. While most governors at the time opted for a calm and peaceful resolution, Agnew had decided to respond with brute force.

To quell the protests, he sent in 5,000 Maryland National Guard troops armed with live ammunition, alongside 2,000 city police officers and state troopers. When this proved insufficient to end the protests, Agnew then declared that an “insurrection” was under way in Maryland, allowing him to request federal support. Eventually, he went as far as insulting the black leaders of the protests on live television, calling some of them “the circuit riding … caterwauling, riot-inciting, burn-America-down type of leader.”

Nixon was impressed with Agnew’s ability to use television for his means and his certain kind of “toughness,” as Nixon described it. This greatly impressed Nixon which is why he nominated Agnew as his second-in-command.

In 1972, there was a break-in at the Democratic National Committee’s headquarters in Washington, D.C. The ensuing investigations quickly uncovered a connection to U.S. President Richard Nixon, which was the start of the Watergate scandal.

While the Watergate scandal unfolded in the Capitol, there was an entirely different investigation happening in Maryland. Three young federal prosecutors in the U.S. Attorney’s office were looking at incidents of corruption in the state. Corruption was such a common occurrence in Maryland at the time that there would have been nothing unusual about it, had it not been discovered to reach the upper echelons of the U.S. American government.

The three prosecutors working on the case were Tim Baker, Ron Liebman, and Barney Skolnik. Skolnik had already built a reputation for himself after sending several state officials and two congress members to prison. The three were now investigating cases of corruption linked to a Baltimore County executive at the time, Democrat Dale Anderson. It turned out that his office had become a hive for corruption. And the person to have held the position before Anderson was none other than Vice President Spiro Agnew.

The suspicions against Agnew intensified when George Beall, the U.S. Attorney in Baltimore, received a call from Attorney General Kleindienst, inquiring about the investigations into the corruption affairs in Maryland. He said he had just had an interesting encounter with an extremely nervous vice president.

Beall, Baker, Liebman and Skolnik investigated further and eventually interviewed Lester Matz, an engineering consultant who had built one of the most successful firms in Maryland over the previous 20 years. His firm was one of the favored firms of the state: in exchange for engineering contracts from county officials, his company would give back a percentage of the money earned from those projects to the officials.

When Spiro entered the picture as a newly elected county executive, he quickly adjusted the rules - he expected at least 3% to 5% of the money in return for the contracts. It did not stop when he was elected governor of Maryland, and it quickly became obvious that Agnew was still bagging cash, even  after he became vice president.

With the evidence, the four prosecutors from Maryland approached Kleindienst again. Everyone agreed: they had an extremely corrupt vice president and needed to tread cautiously to make no mistakes. But then, the story was somehow leaked to the press and everyone, including Agnew himself, learned of the allegations of bribery, extortion and tax fraud being brought against him.

Immediately, Agnew published a statement in his defense, claiming that he was innocent of any wrongdoing. He quickly changed his tone, however. Realizing that attack is often the best defense, Agnew called a press conference and gave the following statement: “I have no intention to be skewered in this fashion. And since I have no intention to be so skewered, I have called this press conference to label as false and scurrilous and malicious these rumors, these assertions and accusations that are being circulated.”

Agnew did everything in his power to rally support. At a conference of the National Federation of Republican Women, he changed track from attacking the press and calling them liars to condemning the Department of Justice. He even went as far as to say that he would not resign if he was indicted. And it worked! The women at the conference surged forward to applaud and greet Agnew after finishing his speech.

Even though Agnew did eventually resign, he never used his power to calm his followers. Instead, he chose to derail the press and to seek scapegoats for his own wrongdoings. In his last TV address to the nation in October 1973, Agnew again aired his resentments and attacked the media.

Even though he had claimed to be guilty in court just days earlier, there was no trace of an admission of guilt after. Instead, he attacked and denigrated his prosecutors and the media, often by name. His followers still stood behind him 100%, however, even though there was plenty of evidence against him.

Why did he do it?

Why did Agnew decide to resign as vice president when he had been so adamant that even if he was indicted, he would hold on to his position? He had always been willing to fight back, but then he became the first vice president in U.S. history to resign in disgrace.

His version of the story is that he feared for his life. The scandal brought shame on an already fragile White House, and Agnew claims that it might have been easier for the CIA to eliminate him if he chose not to resign. He said: “If a decision had been made to eliminate me - through an automobile accident, a fake suicide, or whatever - the order would not have been traced back to the White House any more than the ‘get Castro’ orders were ever traced to their source.”

Even though these claims were entirely fabricated, this was the story that Agnew chose to tell, even years later. It is unlikely that anyone was out to kill Agnew. However, there is one reason why he chose to resign in disgrace rather than stay on: There had been - parallel to the investigation conducted by Beall, Baker, Liebman and Skolnik - a secret investigation against Agnew conducted by the IRS (Internal Revenue Service).

Connected to the corruption scandal, there had been suspicions that Agnew may have committed tax fraud as well. That was why the IRS launched a net worth investigation, tracing every penny he had earned and spent. This led the IRS to discover several stories about money and mistresses, which Agnew and his attorneys were aware of and probably wanted to keep from coming out.

Once the charges against Agnew had been brought forward, Attorney General George Elliott Richardson was desperate to eliminate Agnew from the line of succession to the presidency. It was only a matter of time until Richard Nixon would be impeached, and Richardson was scared that Nixon could be replaced by an equally criminal and corrupt vice president.

In court later, Agnew claimed nolo contendere, or, “no contest,” which, according to him, was “the full equivalent to a plea of guilty.” He never faced prison charges. In connection with Agnew’s trial the constitution was cited as not allowing a sitting vice president to be indicted. Even though this was proven to be untrue, this also spurred the investigation into whether or not a sitting president could be indicted. The Office of Legal Counsel published a memo that a sitting president in the U.S. could not be indicted, and that memo is still being cited in American political discussions to this day.

And in case you are wondering what became of Agnew: he kept seeking to earn money through several business ventures, and in 1980, sought connections to the crown prince of Saudi Arabia, asking him for money to build a movement against American Jews. The author writes on Agnew: “Agnew’s is a tale of a thoroughly corrupt occupant of the White House whose crimes are discovered by his own Justice Department and who then clings to high office by using the power and prerogative of that same office to save himself.”

Spiro Agnew, a bigot and racist, was nominated as vice president by Richard Nixon for his “toughness.” A little-known political figure and a questionable choice from the start, it was soon obvious that Agnew had been a bad choice. He was proven to be entirely corrupt by four federal attorneys: Tim Baker, Ron Liebman, Barney Skolnik, and George Beall.

Instead of being convicted, however, Agnew managed to escape the scandal scot-free. In his attempts to defend himself, he accused the press of being unreliable and said federal forces were corrupt. He started a witch hunt on all those opposed to him and rallied public opinion in his favor. Thanks to his trial, no president in the U.S. can be indicted to this day, no matter what crimes they committed.

Why not read another biography about a controversial Republican politician, such as “Fire and Fury”?

Rachel Maddow is a liberal political commentator and American television news program host. She hosts the nightly television program “The Rachel Maddow Show” on MSNBC. She holds a doctorate in p... (Read more)

Michael Yarwitz is an American producer, actor, and journalist. He co-wrote the podcast series “Bag Man” and the book of the same name alongside Rachel... (Read more)