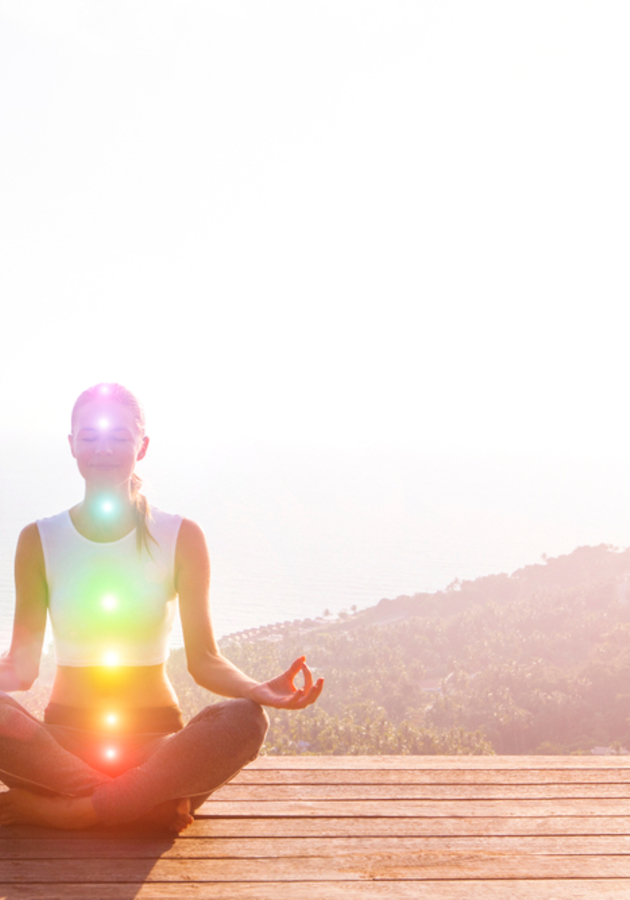 This microbook is a summary/original review based on the book: Awareness: The Key to Living in Balance

Are you looking for a more meaningful way of living your life? According to Osho, the key to living a meaningful life is awareness. He believes that through meditation, anyone can reach a state of inner silence that will allow you to experience life to its fullest. So, get ready to learn how to get to a state of heightened awareness.

You are asleep. Whatever you do in life, whether you are lying in your bed sleeping or going about your day, seemingly awake, you are always asleep. Do not make the mistake of assuming you have actually woken up just because your eyes open in the morning; you are only fully awake once your inner eye has opened as well.

You know your inner eye is open when your inside is full of light, and you can see yourself and who you truly are. But unless that happens, everything you do is a dream, and therefore, you are a dream as well. Osho believes that consequently, everything we do is meaningless since it all happens in a dream.

Your thoughts,being, religion, politics—everything is a dream. Osho believes  even God is part of a dream created by dreaming men. Think about it: at the core, God is the same as the people who created him. Even the Bible says that God is a very jealous god, so how can jealousy be a sin? If anything, it would then be a divine feeling. That is why Osho believes God was created by men: he does not believe  God could be jealous.

Since everyone is asleep, people go about life automatically, like machines. Osho writes, “We go on living absolutely inattentive to what is happening around us.” Osho believes that both the Russian psychologist Pavlov and the American psychologist Skinner were 99.9% correct about humanity—they both believed that man is nothing but a beautiful machine. Skinner even went on to say that, in essence, there was no difference between men and rats.

To achieve your awakening, you have to practice watchfulness. Learn to watch everything you do—your every action, thought, desire, and feeling. Learn to observe even your smallest gestures. For example, instead of eating mechanically, eat watchfully. Once you start paying attention to what you eat and how you eat, your food will become tastier—if you do not watch, your food will lose its taste because there is no one to observe.

Once you start moving through life watchfully, you will notice that clarity arises. Your mind starts to grow quieter since all the energy that went into your inner chatter before is now used to stay watchful. Since your thoughts do not get the nourishment they need, they will start to disappear and you will finally awaken.

In a state of wakefulness, you will realize that there is no death. Wakefulness can never be destroyed, and even if your body dies, your watchfulness will remain and become part of the universe around you.

But to get to this state, you need perseverance, courage, and energy. You will only succeed by putting all your energy into awakening.. Your unconsciousness becomes consciousness, and you will reach deeper into yourself. Just think about a tree— it can only grow upward by stretching its roots further down into the earth.

The roots of suffering

Unconsciousness is the root of all suffering. We are miserable because we are unaware of ourselves, of what we are doing, thinking, or feeling in any given moment. Since we are not conscious of ourselves, our thinking takes us in one direction, our actions into another, and our feelings into a different one yet again. So, we fall apart and become continuously more fragmented.

There are two ways out of this misery: the hard way of finally awakening, or the easy way of seeking painkillers to numb the pain. Most people turn to the easy solution to silence their inner pain: drugs or religion. Osho believes that religion is just another drug, and therefore, religion is naturally opposed to the consumption of other drugs: “And naturally all the religions are against drugs, because they themselves deal in the same market; they are against the competitors.”

Numbing the pain is not the true way out of misery, according to Osho. In the state of unconsciousness people are currently in, anything can happen. Osho believes that people even murder in this state, and that is why during murder trials, people will often deny having murdered—they were in an unconscious rage during their actions and therefore do not remember them.

Osho says that the only way out of this suffering is by taking the hard path of meditation in order to achieve wakefulness. To do so, try to be watchful of your body: how you walk and what unconscious gestures you use. Once you do this, you will realize that your body becomes more relaxed and a deep peace starts to engulf you.

Also, become aware of your thoughts, they are dangerous. Sit down for ten minutes and write down every thought that you have. Then, read through what you have written— it will probably sound like the ravings of a madman!

Osho writes, “Man appears to be in the present, but that is only an appearance. Man lives in the past. Through the present he passes, but he remains rooted in the past.” This is another side effect of walking through life fast asleep. The mind is always focused on the past or the future, never the present. The ordinary consciousness cannot grasp the present—only buddha-awakened minds can grasp and live in it.

Most of us cling to the past as if it were a precious treasure, but why do you? Everything has happened already, it is over, and there is nothing to be done about it. So stop clinging to it and let go.

Osho believes that if you were asked on your deathbed about what you would change about your life, it would always be something trivial or nonessential. That is because you have been here many times before—living this same life on many planets, making the same choices over and over again. That is why the Hindus call it the wheel of life and death, since the motion is circular and repeats itself.

The same is true for the mind. According to Osho, the “Mind projects itself and mind is the past, so your future is not going to be anything other than the past.” This is the theory of karma. If you were angry yesterday, you will be angry again today. Even if you think the feeling has passed, this was just the wheel turning, but tomorrow, the same spokes will be at the top again, and you will again experience anger.

The more you give in to your emotions, the more energy they gain. Your actions and thoughts will become self-perpetuating, and your habits will start living through you. Instead of being the master, you become a servant to your habits.

Take the following story as an example: there was once a thief travelling with the Hindu mystic Eknath. In order to be allowed to travel with Eknath, the thief had to promise that he would stop stealing. But every night, he found himself getting up, taking people’s things and putting them into the bags of other people.

When Eknath confronted the thief on why he had not kept his promise, the thief replied: “I have not stolen anything, but this is my old habit: in the middle of the night, I need to do some mischief, otherwise I cannot sleep.” In order to stop being a victim of your habits, you need to seek silence and start to awaken.

How to be aware

Silence is not actually part of the mind. If someone says that someone else has a silent mind, it is nonsense. The mind, by nature, is full of chatter. That is why Zen monks call the state of silence “no-mind.” Once you get to the point of silence, your body will disappear from your consciousness.

In a no-mind state, there is neither mind nor body, just existence. But how do you get to that point? Which position do you assume to meditate? Osho says that whatever you do has no relevance. You can copy Buddha’s posture of meditation or take any other posture that relaxes you because the mind goes first and the body follows.

It is just like expressing other emotions, such as anger: when you are angry, your body automatically mirrors your feelings by accelerating your blood pressure and breath, or maybe clenching your fists. But, you cannot conjure up anger by first assuming an angry body posture. It is the same with silence. Osho writes, “The real silence always happens first in the center, and then the waves reach to the periphery. The innermost center is in silence. Start from there.”

To be fully aware, start being spontaneous. Instead of being a machine, reacting to what others say or do, start acting of your own accord. There is a story about Buddha visiting a village where everyone gathered to insult him. After some time listening to these outrageous insults, Buddha made his apologies. He told people that he would have to move on now but he would come back tomorrow and if they had anything left to say to him, they could do so then.

The villagers were surprised and asked him why he seemed so unfazed by their insults. Buddha replied that he had spent the last ten years getting to a state where he would only live according to his own actions rather than reacting to the people around him.

Only when you decide to act from within you, rather than reacting to flattery, insults, or comments from without, will you be aware and awakened.

A chattering mind hinders you from experiencing life in its fullest form. The human mind is always focused on the past, whether it is dwelling on moments long gone or trying to project the future. But life happens now, in this moment. To experience the present, you need to let go of your inner chatter and get to a place of stillness and silence.

Osho was a controversial spiritual leader in the 20th century, having been involved in the first ever bioterror attack in the US. He also, in private, confessed that he thought Hitler was a great man, so Osho’s teachings should be taken with a grain of salt.

Try sitting down, relaxing, and getting to a place of silence.

Osho, formerly known as Rajneesh or Chandra Mohan Janin, was an Indian mystic and the founder of the Rajneesh movement. He was viewed as a controversial new religious movement leader during his lifetime, a... (Read more)