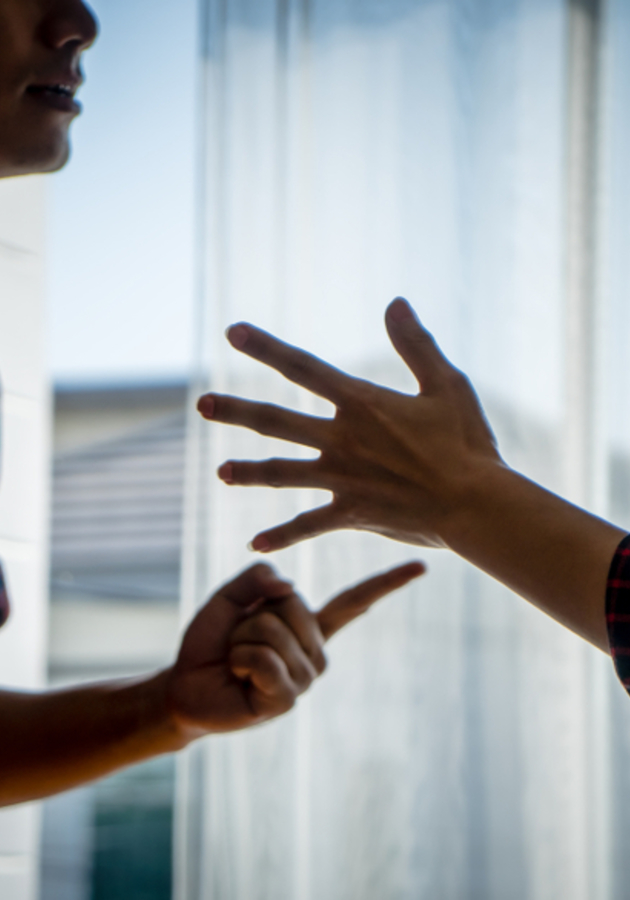 This microbook is a summary/original review based on the book: Arguing with Zombies: Economics, Politics, and the Fight for a Better Future

The book ‘’Arguing with Zombies’’ is a selection of articles that Nobel Prize-winning economist Paul Krugman published mostly in The New York Times over the past two decades. In these articles, Krugman tries to play the role of a public intellectual who discusses the issues of economic inequality, the privatization of Social Security, climate change, fake news, and more. According to him, political views on these issues are often zombie-like: they have no foundation in existing evidence. So, get ready to hear evidence-based and non-zombie perspectives on them!

When George Bush won the reelection in 2004, he declared he had a mandate to convert Social Security into a system of individual investment accounts - in other words, to privatize it. Bush and his advisers believed this idea would gain wide acceptance with the public, as they were not aware of how important Social Security was to most Americans. At the time, the majority of retirees depended on it for most of their income. Krugman attributes Bush's failure to privatize Social Security to the opposition of the general public and Democratic leaders, especially Nancy Pelosi.

When privatization was an ongoing issue, Krugman wrote against it in The New York Times columns published in 2004. He argued: ‘’Privatizing Social Security - replacing the current system, in whole or in part, with personal investment accounts - won’t do anything to strengthen the system’s finances. If anything, it will make things worse.’’

According to Krugman, Conservatives intended to show that Social Security was in financial trouble, and that privatization was a logical step as it would improve the system’s finances. To support their claim, they used data generated by the U.S. Treasury study, which announced that Social Security and Medicare were $44 trillion in debt. To present the sum of debt was a strategic move, made to prove that the system was in crisis, even though it actually was not. In fact, only 16% of the debt belonged to Social Security. ‘’Medicare, though often lumped in with Social Security, is a different program facing different problems,’’ Krugman wrote.

So, the crisis the system faced was more political than financial. Inventing a Social Security crisis was simply a way to convince the public that privatization was a good thing. However, Krugman emphasizes that the real threat to Social Security were cuts on payroll taxes, which Bush insisted on making permanent.

In the case of Social Security privatization, zombies created misleading statements about the system in crisis. In the case of inequality, they opted for the denial strategy. They claimed either that inequality was not rising or that it was insignificant. The truth, however, was different: the problem of unequal income distribution in the U.S. had been apparent since the late 1980s, says Krugman.

Apart from denial, the zombie strategies included the spread of three misperceptions about the causes of inequality. The first one was that highly educated workers contributed to the inequality gap. On February 27, 2006, Krugman published an article entitled ‘’Graduates Versus Oligarchs,’’ in which he proved why highly educated people had nothing to do with the rising inequality. The Economic Report from 2006 showed that earnings of college graduates fell more than 5% in the period between 2000 to 2004. ‘’A college degree has hardly been a ticket to big income gains,’’ commented Krugman. The idea that university graduates caused income inequality indirectly suggested that more people should have strived for higher education. ‘’It’s time to face up to the fact that rising inequality is driven by the giant income gains of a tiny elite, not the modest gains of college graduates,’’ concluded Krugman at the end of the article.

The second misperception was that the inequality problem was a moral one - that the collapse of working-class family values had caused it. In the article published in 2012, Krugman said that lower marriage rates were not the source, but rather a result of inequality. He wrote that less educated men had fewer opportunities to find jobs with decent wages and good benefits. ‘’Yet somehow,’’ he wrote, ‘’we’re supposed to be surprised that such men have become less likely to participate in the workforce or get married, and conclude that there must have been some mysterious moral collapse caused by snooty liberals.’’

In 2019, Krugman wrote about the third misperception of the inequality problem. Numerous people believe that technological advancements were to blame for the lower demand for workers. However, Krugman said that improvements in technology had, in fact, increased labor productivity, rather than affecting it negatively. The real problems were, he said, the fall of the federal minimum wage by one-third over the previous 50 years, along with the decline of unions.

Cockroach ideas about the climate change

With the existential threat climate change poses to civilization, one should wonder whether any other issues should even be considered. Nevertheless, even though most of the world shares the same problem, there is a current of people in America who refuse to accept that climate change is a problem worth considering. Alluding to the fantastic world of Harry Potter, Krugman calls them ‘’Donald and the Deadly Deniers’’ in an article he published in 2018. When it comes to climate change, this group of people denies it, relying on several arguments:

Krugman calls their reasons for the denial “cockroach ideas” because they are ‘’false claims you may think you’ve gotten rid of, but keep coming back.’’ The underlying sentiment of these arguments is that the impacts of a changing climate are not a concern for the future. They are also a reminder that people who rule the country are often willing to put society in danger for the sake of increased profits and political expediency.

Former U.S. President Donald Trump had ambiguous statements regarding the issue of climate change. He said things like, “Something’s changing and it’ll change back again,” and “I don’t know that it’s man-made.” Trump also accused climate scientists of having ‘’a very big political agenda.” But, at least he stopped insisting that climate change was a hoax invented by the Chinese, adds Krugman.

According to the author, Trump’s attitude about climate change was ‘’the ultimate example of Trumpian corruption.’’ Trump and his associates put their interests before the health and future of the American people. ‘’When it comes to climate, however, they aren’t just selling out America; they’re selling out the whole world,’’ says Krugman.

The work of the media raises questions

The media plays a significant role in manipulating voters, and the results of the 2016 election confirm this. Social media considerably influenced public opinion by spreading conspiracy theories and false claims that favored Trump during the 2016 presidential campaign. News in Trump’s favor continued spreading after he started the presidential term, as well. Almost at the same time, Trump and his followers invented the term ‘’fake news’’ to refer to any reporting that questioned and criticized the decisions the Trump administration made.

Unlike in the case of Trump, the media in 2016 was biased toward another candidate. Throughout the 2016 campaign, most media coverage gave the impression that everything Hillary Clinton did was corrupt. However, reporters did investigate the Clinton Foundation to see whether there were any suspicious operations. They did not find anything, but were hesitant to admit it. All they could say was that the results of the investigation ‘’raised questions.’’ ‘’If reports about a candidate talk about how something ‘raises questions,’ creates ‘shadows,’ or anything similar, be aware that these are all too often weasel words used to create the impression of wrongdoing out of thin air,’’ writes Krugman.

News agencies have developed numerous tactics to report about something without telling the truth behind it. One of the trends Krugman writes about is how the media uses evidence-based stories as one of the possible views on an issue. He calls it ‘’false equivalence.’’ It is also known as ‘’views differ on shape of planet.’’

Nowadays, political figures can say almost anything in public and get away with it. Krugman gives the example of the statement Bush made during the 2000 presidential campaign. He claimed, several times, that he planned to spend about a trillion dollars on new programs - while his budget was less than half of that sum. The repetition of this claim made it unquestionable among voters. Furthermore, voters could not relate to the big numbers he used, and ‘’the media haven’t helped them make sense of these numbers,’’ adds the author.

Donald Trump and his conspiracies

Soon after Donald Trump was appointed for president, it was clear that he made conspiracy theorizing a part of his politics. One such conspiracy theory attributed protests against Brett Kavanaugh to George Soros. ‘’This was a completely false, hysterical accusation, and making it should in itself have disqualified Kavanaugh for the court,’’ says Krugman in an article published on October 18, 2018. The tragic thing is that Trump’s statement about the conspiracy against Kavanaugh gained support from major figures in the party. For example, Senator John Cornyn declared, “We will not be bullied by the screams of paid protesters.”

When people on the political fringe blame outside forces for plotting conspiracies, they are mostly regarded as irrelevant and pose no real threats to society. However, when people ruling the country do the same thing, consider this a strategy of disregarding and quieting the opposition who question and criticize their actions. This strategy was not unique to Trump and his followers, however. Conspiracy theorizing was central to numerous authoritarian regimes of the past: Mussolini’s in Italy and Erdogan’s in Turkey, to name a few. Krugman says Trump favors many strategies of the foreign dictators he openly admires. For example, he demanded public officials be primarily loyal to him, and not to the people. He intimidated political opponents with retribution and attacked the media whenever they reported something against him.

Actually, Trump-style governance was just a natural consequence considering the direction America's right-wing had been moving toward for a long time, says Krugman. Bush’s administration set the solid foundation for the corruption and cronyism of Trump. ‘’In many ways,’’ writes Krugman, ‘’what Trump has done to America since 2016 is similar to what the Bush team did to Iraq in the disastrous first year of occupation.’’

In 2018, Krugman expressed concerns that Trump’s reign could become completely authoritarian if no one imposed any boundaries on his actions. ‘’There is no gap between Trump and his party,’’ warns Krugman. ‘’Nobody who will say stop in the name of American values.’’

In ‘’Arguing with Zombies,’’ Krugman shows that the most effective weapons in the fight against zombie ideas are facts and common sense. David Cay Johnston, a Pulitzer Prize winner, praised Krugman’s bestseller saying: ‘’Years after appearing in the daily newspaper, Paul Krugman’s columns resonate because he avoids the herd mentality of most journalism. Applying history, math, and humanity, he transforms our understanding of great issues and when writing on economics translates the dismal science into plain English.’’

Are there any zombie beliefs you tend to stick to? Try to abandon them, as they usually do no good.

Paul Krugman is an economist, columnist, university professor, and bestselling author. In 2008, he received the Nobel Prize in Economics. He writes columns for The New York Times twice a week and teaches economics at Princeton University. He is the aut... (Read more)