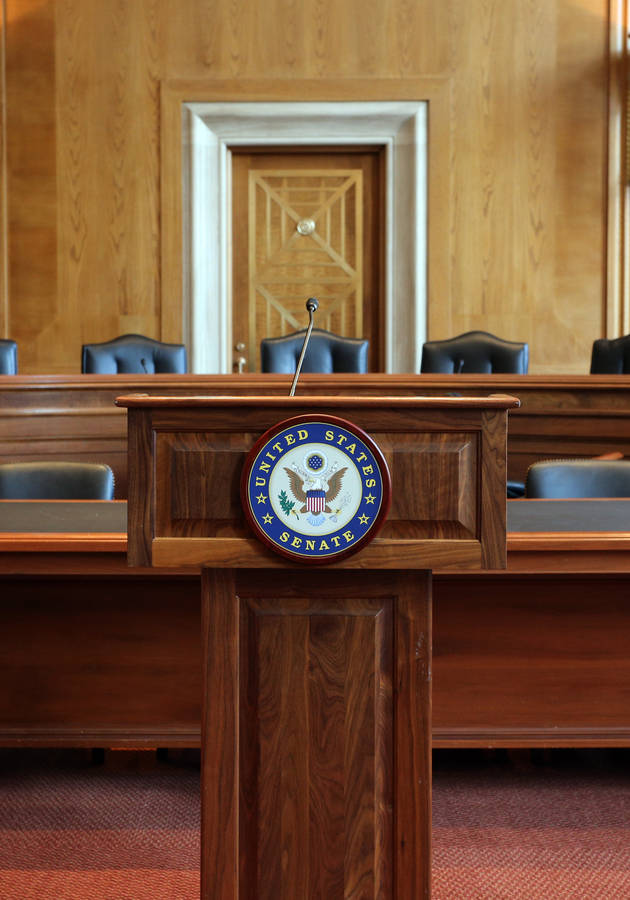 This microbook is a summary/original review based on the book: Al Franken, Giant of the Senate

American comedian Al Franken made his name as a comedy writer and performer on “Saturday Night Live” in the 1980s, and then he began to publish satirical political books. In 2008, he became senator of Minnesota by just 312 votes. In “Al Franken, Giant of the Senate” – his outrageously funny 2017 political tractate masked as a memoir – the award-winning comedian allows us a peek behind the scenes of one of the greatest TV shows of all time and reveals why he decided to run for office – twice.

So, get ready to learn how an “SNL” writer became a United States Senator – and why other “SNL” writers tend not to do this.

Why Al Franken is a Democrat

“I was born in the house I built myself with my own two hands,” proclaims Franken in the first sentence of his autobiography and immediately apologizes in the second paragraph: “I’m sorry. That’s not true. I got that from my official Senate website. We really should change that. Let me start over.” And he does.

Franken was born in 1951, 43 years after his father Joe Franken was born in New York City, and 27 years after his father’s father, Otto – a German immigrant – died from tuberculosis. In 1955, when Al was merely 4 years old, Joe moved the family from New Jersey to a little town in southern Minnesota called Albert Lea to open a quilting factory. “He wasn’t a good businessman,” says Al, “but he was a great dad”; and they were a pretty close family.

While Franken’s mother was a Democrat, his father was a member of a nowadays endangered species: Liberal Republicanism. However, after the Republicans nominated Barry Goldwater – a guy who had voted against the 1964 Civil Rights Act – Joe Franken immediately switched sides. Naturally, so did Al. “LBJ was right when he told an aide that Democrats would lose the South for a generation when he signed that bill,” writes Franken. “But he got my dad. And, therefore, me.”

Ever since then, Franken’s political credo has remained the same: “Democrats aren’t just the party of equality for all [but also] the party of opportunity for all.” His inspiration is still Paul Wellstone, who represented Minnesota in the United States Senate for the entire 1990s. Franken likes even better Wellstone’s haikulike credo: “We all do better when we all do better.”

In retrospect, it seems that Al Franken was destined to become a comedian: he can remember doing comedy sketches even in his earliest childhood. However, he really got into it after meeting Tom Davis at The Blake School. The two became both good friends and professional partners, forming the comedy duo “Franken & Davis.” They specialized in political satire and started earning laughs not only at their school – but also at a comedy revue theater called Dudley Riggs’s Brave New Workshop.

In 1975, “Franken & Davis” got their big break: they were recruited as two of the original writers for a late-night NBC sketch comedy show called “Saturday Night Live.” Franken remembers his two decades with “SNL” as some of the greatest years of his life. However, he doesn’t shy away from portraying the show’s darker side: the prevalent use of drugs.

However, after John Belushi – one of the seven original cast members of “SNL” – died from combined drug intoxication in 1982, everything suddenly changed. Later, when Chris Farley, a man loved by absolutely everyone on the show, got into serious trouble, “everyone at ‘SNL’ understood all too well.” But it was too late.

Both Tom Davis and Franken’s very own wife, Franni Bryson, struggled with addiction.  “Addiction can take an unimaginable toll on the people who love addicts,” writes Franken. “And that’s true even when the addicts in question find recovery.” It’s possibly a little-known fact that the experience Franken had with Franni’s early recovery from alcoholism became the basis for the 1994 movie “When a Man Loves a Woman,” which Franken co-wrote with his friend Ron Bass. Starring Andy Garcia and Meg Ryan, the movie was widely praised by critics, who only found faults with its facile, happy ending. Fortunately, it was true to life.

Back in 1992, during the first night of the Republican National Convention in Houston, Ben Stein and Al Franken commented live when Pat Buchanan declared that there was a religious war going on in the United States. The Rolling Stone was full of praise for the commentary later that year. “It was disorienting to watch a comedy broadcast,” the magazine reported later that year, “that almost incidentally told more truth and offered more insight than most networks and newspapers and at the same time was so much more comfortable to watch.”

Nowadays, of course, this is not disorienting, but quite commonplace: Jon Stewart, Stephen Colbert, Trevor Noah are not just successful comedians anymore but also respected political figures. Franken thinks he knows why: because “night after night, year after year, they offered more truth and insight than most real TV news.”

In his opinion, this has always been the case: “Before ‘The Daily Show’ and ‘The Colbert Report’, there was ‘Politically Incorrect’ with Bill Maher. And before ‘Politically Incorrect’, there was ‘Indecision ’92’. And before that, there was something Jonathan Swift wrote about the Potato Famine.” In other words, if you want pink glasses to go with your morning breakfast – turn on the news; if you want to know the truth – ask a satirist.

After leaving “SNL,” Franken published a few politically engaged books whose success gave him the idea that he could make a transition from writing political satire to running for a place in the Senate. Though topical, some of the books – such as “Rush Limbaugh Is a Big Fat Idiot” and “Lies and the Lying Liars Who Tell Them” – are still read and enjoyed.

Al Franken, a US senator

On Valentine’s Day 2007, Al Franken formally announced his candidacy for U.S. Senate from Minnesota. He won the Democratic-Farmer-Labor Party nomination with two-thirds of the vote. His Republican opponent was Norm Coleman, who had been U.S. Senator for Minnesota during the previous eight years.

The Minnesota 2008 Senate race was one of the strangest in history. Not because of all the accusations and scandals, but because of an 8-month-long recount process. In the end, Franken won the race by 312 votes out of 3 million cast – a margin of less than 0.01%. It was easier six years later when Franken won the reelection with 53.2% of the vote over his Republican challenger Mike McFadden.

Franken tried his best to prepare for a job he never thought he’d work. “Like Trump,” writes the “SNL” writer, “I had no previous experience in elected office. Unlike Trump, I was actually bothered by my lack of experience. I compensated for this by absorbing as much information in as much detail as I could.”

And so he did. The book goes over some length on Franken’s beliefs and proposals on many issues, ranging from gun control and health care to education and climate change. Concerning the last one, Franken writes scathingly: “Virtually everyone in the world believes that climate change is real and is caused by human beings – except Republicans in the United States.”

Lies and the lying liar who got himself elected president

As far as Al Franken is concerned, the problem with America today is not lies, but the fact that exposing them means virtually nothing to anyone anymore.

He writes: “We seem to have entered an era where getting caught lying openly and shamelessly, lying in a manner that insults the intelligence of both your friends and foes, lying about lying, and lying for the sake of lying have all lost their power to damage a politician. In fact, the ‘Trump Effect’ yields the opposite result: Trump supporters seem to approve of the fact that he lies constantly, including to them.”

Franken firmly believes that one can draw a straight line from controversial radio personality Rush Limbaugh through Fox News and present-day websites like Breitbart to Trump winding up in the Oval Office. He calls Trump “a complete jerk” and describes him as “unbalanced” – and blames him for poisoning the American political culture with hatred, misogyny, lies, and absurdity.

Hence, his final promise: “I’m going to keep fighting as hard as I can in the coming months and years to protect our children, our values, and our future from Donald Trump.”

“Al Franken, Giant of the Senate” was published on May 30, 2017. Just a few months later, American radio broadcaster Leeann Tweeden accused Franken of groping and inappropriate conduct. During the following few days, at least five other women repeated Tweeden’s accusations.

Soon after, Franken announced that he was resigning his Senate seat while maintaining that some of the allegations against him were “simply not true,” and pointing out that others he remembers “very differently.” In his resignation speech, he also noted the irony that Trump has remained a president despite his publicly professed misogynism and his abhorrent remarks from the “Access Hollywood” tape.

Finally, he reiterated his promise to protect the future from Trump’s wrongdoings. Be that as it may, he will now have to keep fighting from somewhere other than the Senate.

It may be a bit controversial to say this after November 2017, but we really believe it’s not an exaggeration: “Al Franken, Giant of the Senate” is both an outrageously funny book about politics and an immensely enjoyable (if unconventional) autobiography.

To quote The Washington Post’s Christopher Buckley at the time of the publication, “it may be the funniest memoir by a sitting – standing, recumbent, squatting – U.S. senator. Scratch that ‘may.’ It surely is.” We’ll add an “if” however: you’ll probably not enjoy many parts of “Giant of the Senate” if you are a Republican.

Al Franken is an American comedian, politician, and author who served as the U.S. senator for Minnesota from 2009 to 2018. Franken was one of the original writers of “SNL.” After l... (Read more)