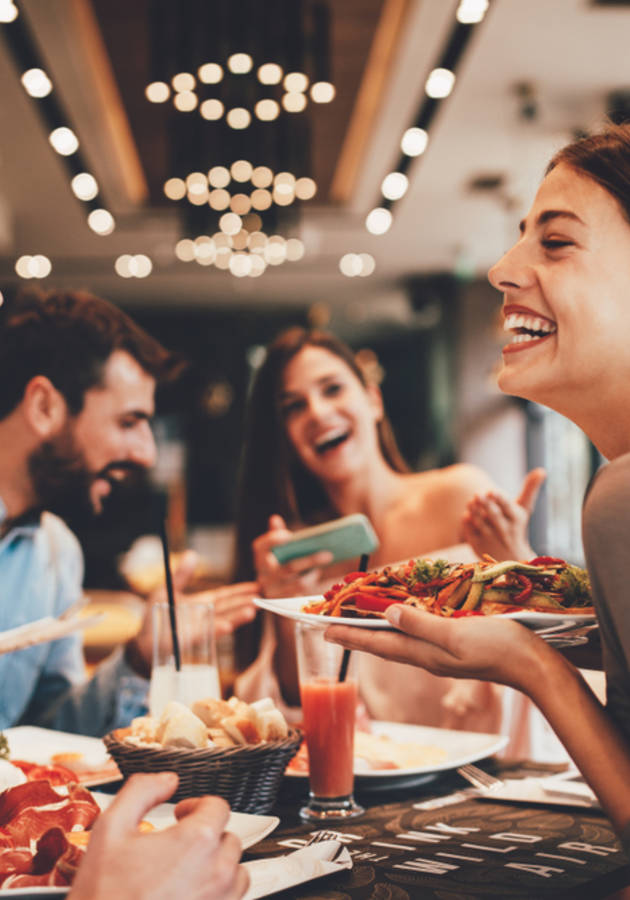 This microbook is a summary/original review based on the book: Act like a Lady, Think Like a Man - What Men Really Think About Love, Relationships, Intimacy, and Commitment

We are all concerned about our performance as husbands, wives, workers, and even lovers.

To get the most out of this life, one must tread carefully and respect the needs of the other person. Steve Harvey implores people to explore the nature of the bond-building process and to do so before drawing any conclusions.

Are the ladies ready for the next big thing? Weirdly enough, this book was funny in one way but educational and inspirational in a completely different one.

It all boils down to this: men and women are in need of each other, but sometimes they are at each other’s throats. And Steve Harvey tells the men’s side of the story.

Well, let’s roll, shall we?

The mindset of man

The book is subdivided into three main parts, all of which have a critical overview of men’s behavior and why they have trouble connecting to women. Steve Harvey, a comedian by profession, uses his humor, prejudices, facts, and personal experience to portray men as accurately as possible.

Truthfully, men are often upbraided for their lack of empathy and castigated for their aggressive approach, but are these claims essentially true? Steve disagrees with this notion and gives his take on why men behave the way they do.

He is one of those people who hate to beat around the bush and gives it to you straight!

Steve starts by explaining the simplicity of men, as he believes this vantage point will give you the edge to absorb what’s coming. In other words, if you can latch onto to this, you may be able to get a bird’s eye view of the traits which describe men as they are:

According to Steve, if a man hasn’t fulfilled his longings based on these three questions, he’ll continue casting doubt on his worthiness.

Just marinate on that for a minute, and you’ll realize that boys are taught to push through life, never to seek emotional support, because if they do, they are portrayed as weak.

For some, this burden is way overwhelming. This struggle lingers on even when a teenager enters its mid-twenties. He takes into account his own life-trajectory – Steve, as a college dropout, found himself in a difficult predicament in his 20s.

Laid off by Ford, with little money, and even fewer opportunities around him, one night, a woman for whom he used to write jokes, invited him to a local comedy club. Hesitant at first, he plucked up his courage and went.

The crowd loved him, and he earned 50 dollars that in today’s money don’t seem like much. But, back then, especially when you are broke, I am sure it was a wonderful feeling.

In general, when men are not going after their dreams, they begin to dry out and lose their confidence.

In this chapter, Steve doesn’t miss a chance to elevate a woman’s love and support. Nonetheless, he calls into question women’s expectations regarding the kind of love they prefer to receive. In this regard, men are more direct with their expression of feelings.

A man who truly loves you won’t call at 6 p.m. to tell that he loves you more than he did half an hour earlier. When a man loves dearly, he is not afraid to show everyone who you are and that he is prepared to defend this bond until the end of time.

The  21st-century thought drives women to act, think, and be independent. However, when a man cannot make enough money to provide for his family, help in raising the kids and give them everything they deserve due to various reasons, his confidence starts shaking.

To this extent, Steve points out that men can provide more than just financial comfort and take care of their loved ones in an emotional way.

However, when they fail to satisfy the social norms, the feeling of dejection starts to take over. In addition, Steve mentions the three things all men need:

Why men do what they do

Whether we like it or not, sometimes generalization is the best evaluation tool that we have at our disposal. Steve Harvey, from his own life experience, understood that women, unlike men, are okay with talking and sharing opinions for no particular reason (or chit-chatting, should you prefer).

Men, on the other hand, want to cut through the bull*hit and say whatever they want to say. True, some relationships are a fizzle and others last longer, but on a general basis, you determine the scope of it.

Men are as simple as one can be. If a man likes someone, he will start a conversation. Otherwise, he won’t even pretend to be interested in the other person’s opinions, lifestyle, religion, and this sort of things.

If you try to bring in a philosophical touch to this unshakeable truth, you’ll see that the world has always been like this. And it would take a heck of social engineering to flip it on the other side, and we don’t believe that would be a good thing.

The next time a man comes along, don’t think that he is just being friendly and wants to hear your latest daily backup story.

In most cases, that man was drawn by your physical appearance, charisma, or elegance, and he is unconsciously willing to take the next step. There is nothing wrong with that, it’s just how it works.

Consider this hypothetical situation: a woman, sitting in a bar or a café with friends, and a man asks for her name or wants to start a conversation.

How come he happened to bump into her and is curious but doesn’t share that enthusiasm for the other girls nearby?

Think about it! He is not interested in hearing your best friend’s story, but yours! What does that tell you?

He is not there for chit-chatting, nor willing to embroil in a political debate, but to impress you and eventually get something from you (hold your horses, it’s not sex).

Now you know, and Steve Harvey didn’t mean to wipe out the mysteriousness of these first contacts, but to keep you up-to-date on the latest flirting trends. Remember girls: if you are not laying down the ground rules, you’ll sooner or later find yourself playing in someone else’s.

In the next short section, Steve uses fishing as an example of the relationship that men and women developed since the beginning of time. As all people know, a person can fish for two different reasons: fun, also the so-called sport-fishing; and fishing to eat.

The story tells us that all men are natural hunters. In other words, they are on the lookout for prey, while women tend not to be too aggressive, except in extreme circumstances. Just think about it! In most cases, men invite women on a date, almost always make marriage proposals, and ask for permission to take the girl out. And so it goes.

However, what happens when the girl is hooked – hypothetically speaking? Are we just doing sport-fishing or are we really planning to cook it (this sounds a bit harsh)? But you get its symbolic meaning, don’t you?

Newsflash: it’s the woman that determines whether the guy is a sport-fisher or a keeper! And this is also true because a woman’s behavior dictates the man’s next steps – and the term “judgment” may seem too rude at one end of the line, but on the flip side, we all do it.

It’s not like you have a chance not to make decisions and form opinions on numerous topics.

The ladies too are apt to judge another woman or man based on the vibe they evoke and attitude they nurture. It’s not rocket science to understand that all people are prone to go down this line.

The PlayBook: how to in the game

The last intriguing part of this book is also the most comprehensible. We’ll try to boil it down as much as possible and share the key takeaways.

Here, Steve lays out five questions that every woman should ask herself before deciding to take the relationship to the next level:

When it comes to men, don’t feel like you are obliged to answer them as well. A real and caring man will answer these questions as well, for the well-being of the potential partner.

Consciously or unconsciously our minds are hatching plans for every matter under the blue sky that at least for a second takes hold of your attention.

In the next brief section, the author critically addresses the process of increasing your value. Steve recalls being on the verge of bankruptcy in 1977 and says how he managed to lift his spirits.

He was all whipped up when the Ford Management announced that if Steve proved to be a valuable asset to the organization in the following 90 days, it would provide him with all sorts of benefits.

The bottom line is – this process is pretty much the same regardless of the profession. Eagerness and hunger for learning can be your ticket out of misery. He expands on the importance of earning these benefits rather than having them bestowed upon you.

From top to bottom, this book is a great manual for nurturing relationships and understanding one another in a humorous and, at the same time, profound fashion.

Your mindset can be your best friend or your worst enemy – it’s up to you. Don’t sit on the fence, and adjust your thinking mechanism to help you understand men and women.

It will give you the upper hand in any situation that may befall you.

People love to sit on the safe side and never get out of their comfort zone. This book has some controversies in it, but that doesn’t detract from its quality and straightforward narrative.

Make no bargain with irrationality!

Say no to ignorance

Well, this is the hard one! To change something, you must know that the thing you’ve been doing is in need of alteration.

You can’t just magically turn the switch on and make everything work in your favor.

First, question your habits, your perspective. And then understand the simplicity on one end and the complexity of the other in order to build a bond with someone.

Despite the comic prowess, Steve sure knows a lot about how people interact with each other.

Some might argue that Steve’s projections and findings are accurate, while others might find them a bit controversial in the confines of their social groups.

Anyway, it will be a great addition to your bookshelf or Kindle Account!

This one is for the boys - giving your romantic approach a second thought will improve your overall success with the ladies.

Steve Harvey is an American comedian, actor, artist, and radio personality. He is best known as the star of the WB series “The Steve Harvey Show,” and as one of the four comedians featured in Spike Lee’s film “The Original Kings of Comedy.” Currently, he... (Read more)