A Woman of No Importance - Critical summary review - Sonia Purnell
×

A Woman of No Importance - critical summary review 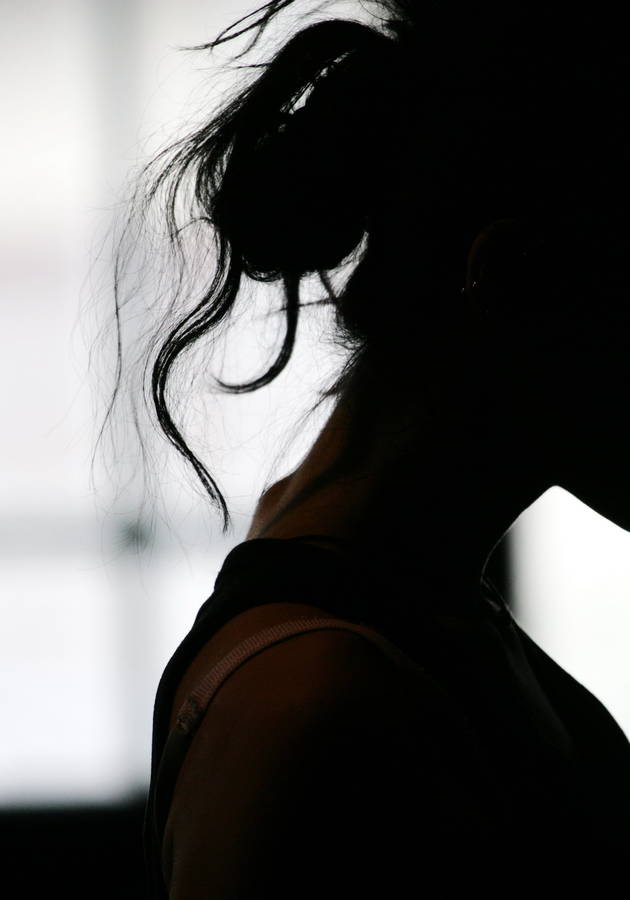 This microbook is a summary/original review based on the book: A Woman of No Importance: The Untold Story of the American Spy Who Helped Win World War II

British military historian M. R. D. Foot described her as a woman of imperturbable temper. The French called her “la dame qui boite” (“the Limping Lady”), due to her artificial foot. The Gestapo gave her the codename of Artemis, after the Greek goddess of hunting. During World War II, there were wanted posters for her capture all across France: the caption under her lifelike drawing specified, in German, “the enemy’s most dangerous spy: we must find and destroy her!”

“I’d give anything to get my hands on that limping Canadian bitch!” – Klaus Barbie, “the Butcher of Lyon,” was once heard screaming in his office. She was such a good spy that he, although the chief of Gestapo, got even her nationality wrong! A one-legged socialite from Baltimore, Virginia Hall became, against all odds, one of the most important secret agents of the French Resistance and, according to the CIA Museum, the most successful American female spy of World War II. Do we need to say more? Get ready to hear her enthralling and remarkable life story!

Born to a wealthy banking family in Maryland in 1906, Virginia Hall took pleasure in defying conventions ever since she was a teenager. She hunted with a rifle, skinned rabbits, rode horses bareback – and once wore a bracelet of live snakes to school. When she was 18, in her school yearbook, she proclaimed: “I must have liberty, withal as large a charter as I please.” Her classmates described her as cantankerous and capricious, but also as a natural leader and the most original among them. Unsurprisingly, then, that Virginia was the class president, editor in chief of the school magazine, captain of sports, and even “class prophet,” whatever that might have entailed.

Her mother, Barbara, had quite different views. She wanted her daughter to forsake her interests in adventure and, instead, settle down in a fashionable household, next to a rich husband she had already found for her. Barbara had done this once and was confident it was the best a woman could do in a man’s world.

But this were the 1920s, the age of jazz and independence-loving flappers, and American women had just earned the right to vote. Besides, some of them were already starting to reject the one-sided restrictions of traditional marriages and were keen on looking for other ways to fulfill their potential. As much as Virginia loved her mother and shared her vaulting ambitions, she was determined to succeed as a trailblazer as opposed to merely embracing the comfortable ways of the old.

So, she broke off her engagement, and in 1925, she crossed the ocean and joined a host of well-to-do East Coast Americans in Paris, the intellectual capital of the world. “In the cafés of Saint-Germain and the jazz clubs of Montmartre,” informs us Purnell, “Virginia met actresses, racing drivers, intellectuals, and budding politicians. The adventurous young woman from Baltimore smoked, drank, and danced with them all, far more enthralled by what she learned from her dazzling new friends than from her teachers. Here, at last, she felt free to be herself.”

“But there are dreams that cannot be…”

After making France her second country and becoming fluent in its mellifluous language, in the autumn of 1927, Hall moved to the Konsular Akademie in Vienna, Austria, to study a few more languages, economics, and the press. Soon enough, she became unusually well versed in several subjects – European culture, geography, and politics – and honed an admirable collection of foreign languages: German, Spanish, Italian, and Russian.

This made her a perfect candidate for the diplomatic service, but her dreams of becoming an ambassador were constantly thwarted by the State Department or, better yet, by the bigotry of the age. At the time, only six out of fifteen hundred Foreign Service officers were women. Virginia was never allowed to become the seventh one: the best she could do was become a consular service clerk at the American Embassy in Warsaw, Poland. Seven months into the job, she had enough with the State Department and applied for a transfer to Izmir, Turkey.

There, on December 8 – during an innocuous hunting game – Hall stumbled while climbing over a wire fence. “As she fell, her gun slipped off her shoulder and got caught in her ankle-length coat,” Purnell describes the gruesome event. “She reached out to grab it, but in so doing fired a round at point-blank range into her left foot.” The doctors could do nothing: on Christmas Day, they amputated her leg just below the knee to at least save her life. Thereafter, Virginia was dependent on an 80-pound wooden prosthetic leg she named “Cuthbert.”

The disability made it impossible for her to advance in her career, because of an obscure rule barring amputees from diplomacy. Even President Franklin Delano Roosevelt – disabled himself – rejected lobbying on Hall’s part, remarking that she should make a “fine career girl” if she stayed in the clerical grades. In disgust, in 1939, Hall resigned from her job – she was, at the time, a clerk at the American legation in Tallinn, Estonia – and started an epic journey of adventure, action, and unfathomable courage.

Cometh the hour, cometh… the woman

Long before the United States joined World War II, Hall volunteered to drive ambulances for the French army. When France capitulated and she was demobilized, she decided to travel to London and offer her services to Britain. On her journey there, quite by chance, she met a British salesman at a Spanish railway station. Little did Hall know that he was George Bellows, an undercover agent looking for people to join the war effort against Hitler.

Thoroughly impressed with her resolution, knowledge, and intelligence, Bellows gave Virginia the telephone number of a “friend” who was supposed to help her find employment in London. The friend was none other than Nicolas Bodington, who served in the newly-created Special Operations Executive (SOE) – a secret service set up by Winston Churchill to “set Europe ablaze” through an unprecedented onslaught of sabotage, subversion, and spying.

Bodington was just as captivated by Hall as Bellows, and, soon enough, Virginia became a spy for the Allied forces, the second female agent to be sent to France and the first to take up residence there. After some time spent in Vichy – the capital of the French State headed by Marshal Pétain – she based herself in Lyon, from where she created a formidable network of SOE agents named Heckler.

In a single year, Hall turned into an expert at support operations: she covertly managed actions of the resistance movement; helped downed pilots escape before being noticed by German soldiers and offered them medical assistance and safe houses; perhaps most importantly, constantly provided agents with money, weapons, and supplies. And she did most of this from a small and gloomy hotel room as cold as the outside in the winter months. “If you could ever send me a piece of soap,” she wrote to London once, “I should be both very happy and much cleaner.”

In October 1941, in the pocket of a British parachuter, the French police found a map showing the location of an SOE safe house in Marseille – “a gated residence behind a large verdant (“VER-dunt”) garden, called the Villa des Bois.” The discovery helped organize a “mousetrap” that eventually led to the arrest of 12 SOE agents – virtually all of the organization’s most important and promising operatives. Well, all but Virginia.

She didn’t waste any time to spring into action. First, she learned the agents’ whereabouts: they were incarcerated at the Mauzac (moo-zack) prison near Bergerac, where interrogators had the habit of spending the nights blowtorching the soles of prisoners’ feet.

Then, she commissioned a 70-year-old French priest – an army veteran who had lost both legs in World War I – to smuggle a radio into the prison under his robes. Finally, once the contact had been established, Hall recruited Gaby Bloch, who was allowed to visit Mauzac to bring food to her husband, one of the imprisoned agents. One day, she brought a few other things as well: a tiny file inside a jar of jam, a pair of wire cutters in a pile of fresh laundry, a small screwdriver inside a hollowed-out book, and several tins of sardines which the prisoners could use to make a key with the smuggled tools.

On July 15, 1942, the prisoners – codenamed “Clan Cameron” in SOE’s radio communications – successfully escaped, and, after hiding in the woods for two weeks, all of them met up with Hall in Lyon. On August 11, she cabled London: “All Clan Cameron safely transferred to Lyon. First party leave next week.” Years later, M. R. D. Foot – the official SOE historian – would acknowledge the Mauzac jailbreak as “one of the war’s most useful operations of the kind.”

The month of the jailbreak, a Roman Catholic priest named Robert Alesch appeared in the rooms of one of Hall’s most trusted confidants. He claimed to have intel on the Atlantic Wall – an extensive system of coastal defenses and fortifications built by the Nazis against an anticipated Allied invasion of Europe. He was, in fact, an agent in the service of the Abwehr (App- vehr), the German intelligence organization.

Although Hall had her suspicions about him, she was eventually persuaded, as were the London headquarters of the SOE. As a result, Alesch was able to penetrate the SOE network in the following days, capture wireless operators, and even start sending false messages to London in Hall’s name. The worst was yet to come: thanks to the gathered intelligence, the Germans were able to neutralize an allied attack on the port of Dieppe, which ended up being an appallingly expensive fiasco. More than half of the 6,000 men who landed – most of them Canadians – were either killed, wounded, or became prisoners of war.

To avoid capture by the Germans, Hall fled France in November 1942. She escaped by train from Lyon to Perpignan (PER-pin-ahn), and then, with the help of a hired mountain guide, she walked over a dangerous 7,500-foot pass in the Pyrenees to Spain, despite her disability. At one point, she sent the following message to London: “Cuthbert is being tiresome, but I can cope.” The SOE officer had no idea to whom she was referring and replied: “If Cuthbert is tiresome, have him eliminated.”

Defying the odds, Hall made it. Two years later, she returned to France as a wireless operator for the American Office of Strategic Services – the predecessor to the CIA. In 1947, she became one of the first women hired by this new agency, and, 19 years later, she retired at the age of 60.

Chosen as one of the best books of 2019 by numerous publications, “A Woman of No Importance” is, according to numerous reviews, “a compelling biography of a masterful spy” – “as riveting as any thriller and as hard to put down.”

And what more could you want than a real-life World War II story that reads like a mystery page-turner?

With some smarts, a lot of resolve, and an abundance of courage, the Davids of the world can outwit and conquer any Goliath, no matter how gigantic or monstrous. What better evidence than Virginia Hall’s amazing story?