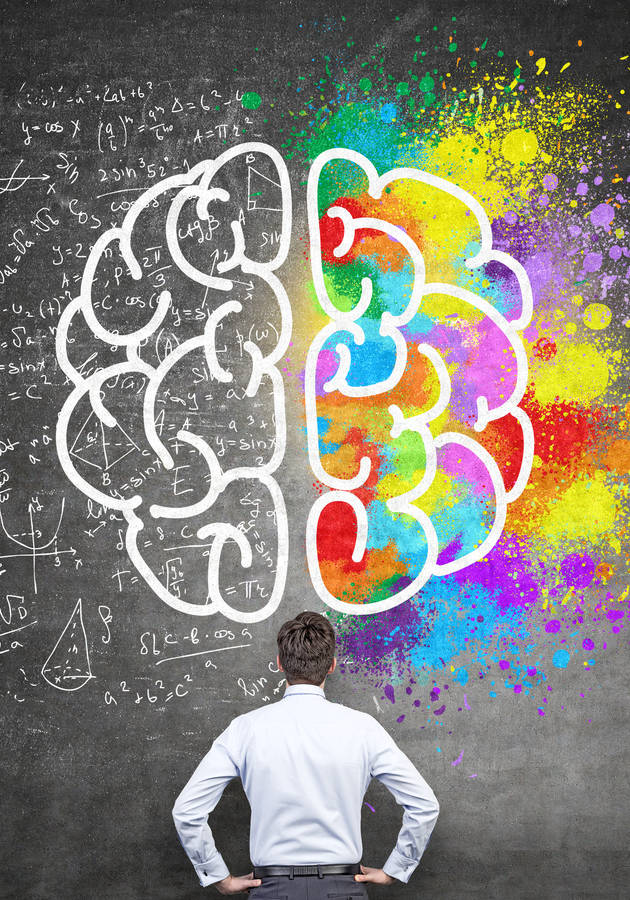 This microbook is a summary/original review based on the book: A Whole New Mind: Why Right-Brainers Will Rule the Future

As everybody knows, our brains are divided into two hemispheres. The left is sequential, logical, and analytical, while the right is nonlinear, intuitive, and holistic. In “A Whole New Mind,” bestselling author Daniel H. Pink uses these differences to yield “a powerful metaphor for interpreting our present and guiding our future,” suggesting that some of the supposedly frivolous qualities of our right brain – such as inventiveness, empathy, joyfulness, and meaning – will power the economy of the future, during the up-and-coming Conceptual Age.

So, get ready to learn how to survive and thrive in this emerging world of tomorrow and prepare to learn the six essential aptitudes on which professional success and personal satisfaction will depend in the future.

The two halves of your extraordinary brain

Your brain, Woody Allen’s second favorite organ, is a complex thing. In fact, according to James Watson – the man who discovered the structure of DNA – it may be “the most complex thing we have yet discovered in our universe.” Just consider the numbers: a typical brain consists of some 100 billion cells, “each of which connects and communicates with up to 10,000 of its colleagues.” Together, they forge an elaborate network of about one quadrillion connections that “guides how we talk, eat, breathe, and move.”

And yet, for all its complexity, the brain’s topography is “simple and symmetrical.” There is a sort of “neurological Mason-Dixon Line,” which divides the brain into two regions, your left and your right hemisphere. For most of history, scientists deemed these regions “separate but unequal.”

Thanks to the discovery that man’s ability to understand and speak language depends almost exclusively on the proper functioning of the left hemisphere, during the 19th century it was the left side of the brain that was considered essential, and the right illiterate, subordinate, and sometimes “not even conscious.” However, in the 1950s, “soft-spoken Caltech professor” Roger W. Sperry, after several experiments, conclusively proved that this supposedly minor and “mentally retarded” right hemisphere was, in fact, “the superior cerebral member when it came to performing certain kinds of mental tasks.”

Nowadays, we know for a fact that both halves of our brain are equally important and that both of them play roles in nearly everything we do. However, we also know that they don’t play the same roles and that they “take significantly different approaches to guiding our actions, understanding the world, and reacting to events.” It is the similarities between the two hemispheres that allow humans to be so complex and evolved beings; it is, however, the differences between the two that navigate their personal and professional lives.

The 4 differences between your left and your right hemisphere

Thanks to the advancements of technology and the fast dissemination of knowledge, during the last three or so decades, scientists managed to discover the four key differences between the left and the right hemisphere.

All in all, you need both hemispheres of your brain to lead a healthy, happy, and successful life. However, “the contrast in how our cerebral hemispheres operate does yield a powerful metaphor for how individuals and organizations navigate their lives.” Think of the people more comfortable with logical, sequential, and computer-like reasoning as left-directed thinkers; they tend to become programmers, engineers, lawyers, accountants. Right-directed thinkers, on the other hand, are holistic, intuitive, and nonlinear; they tend to become artists, entertainers, counselors, inventors. Strictly speaking in terms of imagery, it has always made a difference whether you’re essentially a left-directed or a right-directed thinker; it will make an even bigger difference in the most immediate future.

How did we arrive there? In essence, thanks to mass production workers and left-directed thinkers: they were just too good in what they were doing and made themselves obsolete in the end. This process, too, was a 3-act drama, moved by three forces that, with every passing day, are tilting the scales more and more in favor of right-directed thinkers:

So, prepare for a dramatic change. Though left-directed aptitudes – “the sorts of things measured by the SAT and deployed by CPAs” – are still necessary, they are no longer sufficient. Artistry, empathy, intuitiveness, holistic thinking – a few right-directed aptitudes so often disdained and dismissed – will be increasingly sought-after in the future. “It’s a dizzying – but ultimately inspiring – change,” writes Pink.

The 6 high-concept, high-touch senses of the future

The Information Age was the age of high tech; however, high tech is not enough during these abundant times when someone overseas or a computer can do your job cheaper or faster. So, it’s time we start supplementing our high-tech abilities with abilities that are high concept and high touch. As defined by Pink, high concept “involves the ability to create artistic and emotional beauty, to detect patterns and opportunities, to craft a satisfying narrative, and to combine seemingly unrelated ideas into a novel invention.” High touch, on the other hand, “involves the ability to empathize, to understand the subtleties of human interaction, to find joy in one’s self and to elicit it in others, and to stretch beyond the quotidian, in pursuit of purpose and meaning.”

There are six essential right-directed aptitudes – which Pink calls the six senses – that should help you upgrade your left-directed skillset to another level and, eventually, develop the “whole new mind” demanded by your future.

Thought-provoking, audacious, and profound, “A Whole New Mind” was originally published in 2006.

The years in between have vindicated Daniel Pink: the world has, indeed, become more creative and spiritual, and right-directed empathizers are increasingly more valued than left-directed knowledge workers.

Go beyond logic and money: master your aesthetic sense and storytelling skills while keeping an eye on the big picture and the spiritual aspects of our existence.