A Brief History of Modern India 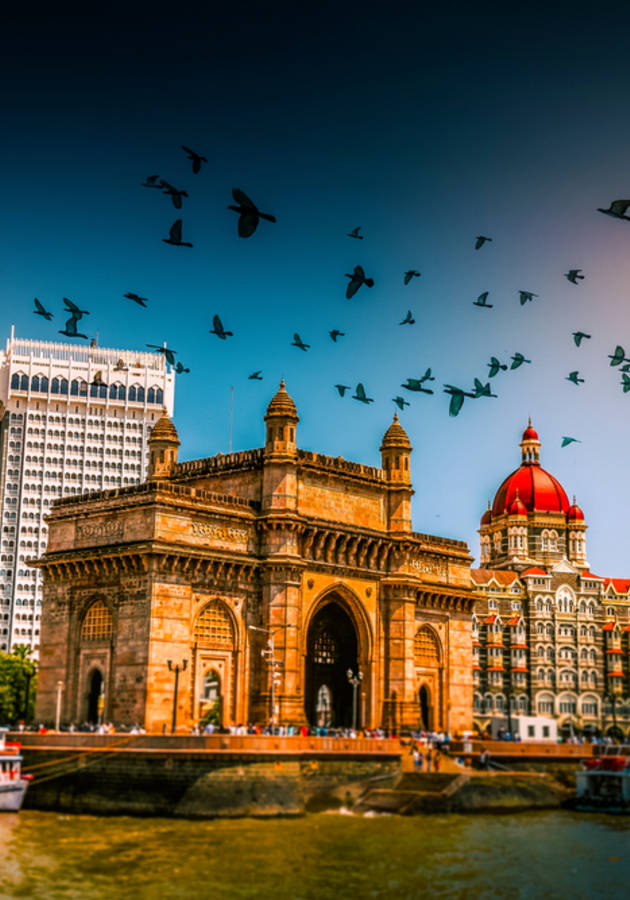 The problem with Indian history is the scope which stretches way back from the earliest form of civilization and first settlements.

The culture is so diverse and unique that almost all individuals who seek a higher meaning to life would want to go deeper in exploring India’s mindset.

Despite the differences, it’s no mistake to point out that Indians are proud of their attitude throughout history. In this microbook, we dig up some of the turning points that shaped India’s society and raised awareness of their struggle for self-expression.

Don’t take our word for it, and just take a glimpse into their cultural arc.

Upon discovering the sea route to India in 1498, many Europeans countries rushed off their vessels and ships and commenced the quest of conquering far and distant lands. This was instigated mostly by the European defeat to the east, where Constantinople fell under the weight of the Ottoman sword.

The climate in Europe was changing as the demand for luxurious goods grew dramatically. Many sea adventurists saw this as an opportunity to explore faraway lands and bring in supplies and various commodities to the shores of Europe.

The Spanish and Portuguese led by Vasco da Gama planned a joint venture to establish trading posts in India. And they did just that in 1502.

Over time, the Portuguese and Spanish influence in India was fading away, as they turned over to other lucrative opportunities like Latin America. The author outlines several reasons that fueled the collapse of the Portuguese Supremacy in India:

In the 17th century, the Dutch could no longer withstand the pressure coming from the British and shifted their attention toward the Malay Archipelago.

French history in India is linked to war and struggle for influence. Due to exercising their dominance and expansion of commercial interest in the South of India, Europe was plunged into bloodshed.

The three Carnatic Wars fought between France and Great Britain in the 18th century weakened the French role in India. The peace treaty that ensued only further destabilized French colonial potential. The French were allowed to use Indian settlements for trading, but nothing more.

On the other end, the English, ruled by Queen Elizabeth I, formed the East British Company in 1600,  gaining a full monopoly across India over time.

After the victory against the Portuguese, the British established their first factory in 1613 at Surat. The company managed to sustain its position up until 1858 when it was dissolved.

The Expansion of British Influence and Collapse

At the height of its power, the British Empire controlled (or, at least, had) interests in many parts of the world. The Europeans wanted to split India into areas of influence, which they would manage, but that wasn’t the only factor for India’s demise. The ineptitude displayed through an ineffective succession plan led to many wars and further decentralization of India.

According to the author, the leading cause for the collapse of the Mughal Empire was the disintegration, among other things.

Indeed, India’s large territory and the fact that the power was vested in the monarch induced chaos and ineptitude on a colossal scale. Law-enforcement and government were nearly non-existent, a situation that only encouraged Durrani and Irani kingdoms to attack their respective borders.

The predicament stimulated by continuous conflicts, agricultural stagnation, and economic malaise led to the death of millions.

The royal treasury wasn’t able to mitigate the situation and revitalize the economy; a thing that only further destabilized India’s unity.

Although many industries flourished under the guidance of the British Empire, the profits went straight back to Britain.

In the absence of education, basic schooling in technology, science, philosophy and other branches, the Indian plight was only extended.

Hindus and Muslims were divided based on their status, influence, and tribe mostly in line with the British’s outlook of the region.

In order to get an overall perspective of what was going on in India at the time, you have to understand the overall British strength displayed through:

This is not another scrutinization, but a real perspective on what gave them the edge to conduct the embezzlement.

The battle of Plassey in 1757 laid the foundation for British dominance in India. Major-General Robert Clive presided over a greater and stronger military organization and defeated Siraj-ud-daula, including the armies of Nawab of Bengal, Nawab of Awadh, and the Mughal at Buxar in 1764.

After finishing off the Mysore and Marathas by 1819, it was already safe to say that India was a part of the mighty British Empire.

Although other wars and conflicts followed such as the Anglo-Sikh War, the real threat to their sovereignty emerged with Gandhism and other figures of the national movement.

The backlash against Britain rule hastened in the 19th century. The considerable income disparity permeated every aspect of the struggle an ordinary Indian faced in their lifetime.

Nonetheless, the Indian Rebellion of 1857 that put an end to British East India Company marked the beginning of a liberation era.

The riot was caused as a consequence of the policies imposed by the Company. Taxation of the low class became an unbearable burden followed by higher tariffs for Indian products, summary evictions, and other discriminatory policies.

The British added insult to an injury by destroying India’s most valuable industries that the peasants, artisans, craftsmen, and small zamindars relied upon. It was evident that British politics gravitated toward socio-religious interference, among other things.

Sepoys (Indian soldiers serving under the British) also voiced their discontent due to the industrial, social, and economic slump that hit the nation.

It resulted in the total abolition of the East India Company and returning the authority to the Queen in 1858. While the administration underwent massive modifications and the army was under a wave of reorganization, ethical tensions were on the rise.

The economic and sociological predicament galvanized the Indians into action. Rejuvenating the Indian society after so many wars wasn’t straightforward, but it was a process of utmost importance that had to be done.

The Movement of Reforms and Modernization

On the ground that Indians could no longer cope with obscurantism, polytheism, superstition, idolatry, degraded status for both men and women, the need for changes cropped up. Their position rendered the demands impossible, therefore, only an organized protest could salvage the situation.

No country up to that point could have easily escaped the British hegemony and slipped from its grasp. What caused this outrageous call for changes, was the lack of education and opportunities for the average Indian.

The impact of Western culture infiltrated their society and endangered national pride. As a result, the idea of democracy and nationalism came into play during the late 19th century.

The positive aspects of the movements:

The negative aspects of the movements:

Gandhi’s activism and influence spread far beyond the scope of Indian history. His methods and non-violence protests became a worldwide sensation and attracted wide publicity. During his stay in South Africa, Gandhi presided over the Natal Indian Congress and founded “Indian Opinion.” He publicly opposed the restrictions imposed on Indian migration and many other policies that induced racial hatred.

In the meantime, he formed his rhetoric and became hailed as a great political and spiritual figure. Also, Gandhi managed to polish up his techniques of opposition by gathering influential people who later became the leaders of the civil-rights movement.

Gandhi’s early activism in India didn’t get off on the right foot but it laid the groundwork for the creation of a united and independent state. He was involved in the following protests:

The aftermath of World War II was intertwined with the Anti-Imperialist movement raging throughout Asia and Africa. The last two years of British rule in India were followed by a series of demands and, by 1946, it seemed inevitable that Britain would lose its power in India.

On February 20th, 1947, the British House of Commons declared that Britain would be leaving India. Before the announcement, Congress rejected the possibility of partition or the creation of a self-governing Muslim state (modern day Pakistan).

During the tensions, it was reported that many Muslims moved to West Pakistan for fear of violence, and also many Hindus and Sikhs living in those regions did likewise.

Jinnah was transformed into the voice of all Indian Muslims, and his demands ultimately changed the Cabinet Mission plan.

With the partition, Pakistan was recognized as a sovereign state on the August 14th, while India declared its independence a day later. Although many believed that the partition would reduce fears and ease tensions, the dispute continues between these neighboring nations.

The Indian National Congress won the first general elections in 1952 and remained the leading political force in India up until 1977 when the Janata coalition seized control.

It’s been a long time since India gained its independence, but the sequence of reforms must go on. The fight for sovereignty represents the foundation that should be used for further economic and social improvements.

Indians have to make smart moves in order to alleviate the plight of those who struggle to make a living.

Preserve your Culture and Identity

For centuries India has been a battleground for material-thirsty conquerors who plundered the people. By reading the mind of the enemy, you’ll be able to stand your ground and preserve your status.

Not many can discern positives from this strategy, but it’s the same that drew Sun Tzu into battle.

If there’s one thing that we have learned from India’s cultural diversity is the freedom permeating the air.

The very embodiment of freedom is expressed through tolerance and broadness; something that India espouses wholeheartedly.

For centuries, various nations and cultures have been keen to conquer India due to its resource-rich status and geography.

Gaining independence was just the first phase because the struggle unfolds to this very day. India is in full swing in terms of technology and progress. Let’s see what will happen in years to come.

We encourage you to check out An Era of Darkness, which serves as a reminder of what’s been done to India in the colonial period.

A Brief History of Modern India is now available in the 12min app! Download now and read for free.

A Brief History of Modern India is now available in the 12min!

The microbook based on A Brief History of Modern India is already available on 12min. Leave your email and you will receive a invitation to download the 12min app. Our app is available for iPhone and Android and in it you will find all our microbooks in text and audio. By registering, you get 3 days of unlimited access!