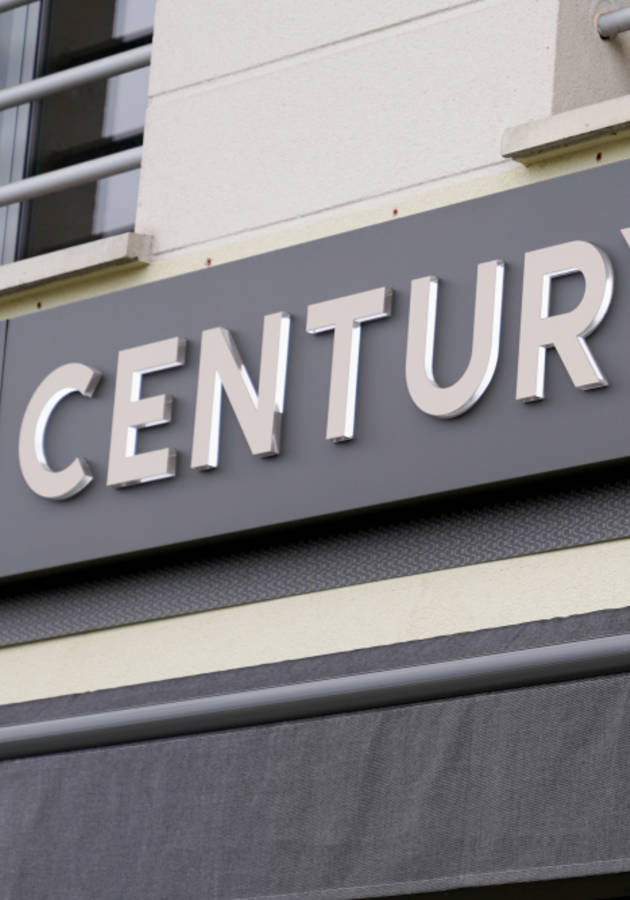 Are you feeling unprepared for what lies ahead? Yuval Noah Harari is here to teach you “21 Lessons for the 21st Century.”

If you like Harari’s previous books, “Sapiens” and “Homo Deus,” there’s no reason not to like this one too.

You know that he is capable of offering new perspectives and fresh insights into familiar topics, and this book proves this yet again.

May it be about history, politics, technology or biology, Harari knows just enough to paint the larger picture, “smashing together unexpected ideas into dazzling observations.” A great gift for big-picture thinkers.

Let’s cut to the chase.

A new world and the technological challenge

The book “21 Lessons for the 21st Century” is, as suggested by its very title and as reviewed by the Guardian, “a loose collection of themed essays, many of which build on articles for the New York Times, Bloomberg and elsewhere.”

Harari has chosen to group these in five parts, each including  three to five essays on different topics.

The first part of Harari’s book consists of four chapters, covering the topics of disillusionment, work, liberty, and equality.

The essence of the first chapter title is the following: Humankind is losing faith in the liberal story that dominated global politics in recent decades, exactly when the merger of biotech and infotech confronts us with the biggest challenges humankind has ever encountered.

And the first four lessons are:

1. The end of history has been postponed.

3. Big Data is watching you.

4. Those who own the data own the future.

Harari is interested in how and to what extent computer technology is disrupting almost every single sphere of our existence.

His main point is that until recently, we used computers and robots to automate some mechanical processes. And that was not bad at all.

However, we’re at a stage when automating cognitive processes is not just a possibility anymore, but also an inevitable part of the future.

Modern neuroscience has confirmed all but what we’ve feared for quite some time, that even our brains may be just machines. Exceptionally complex, but machines nevertheless. If that is the case, not much time will pass before we can build a god-brain, a supercomputer that will know much more than we will.

In such a world, human intuition will have no value whatsoever, and artificial intelligence (AI) will make all important decisions.

So, prepare for a world ruled by AI. Harari’s serious.

The second part of Harari’s book deals with the political climate of the 21st century, exploring the nature of present-day communities, civilizations, nationalism, religion, and immigration.

This chapter comprises five essays, which titles say a lot by themselves. We can extract five other lessons from them.

5. Humans have bodies.
6. There is just one civilization in the world.
7. Global problems need global answers.
8. God now serves the nation.
9. Some cultures might be better than others.

To understand Harari’s analyses and opinions from this really important section of the book, you must first go back to Samuel Huntington. According to his “clash of civilizations” thesis, humankind “has always been divided into diverse civilizations whose members view the world in irreconcilable ways.”

In other words, the Western liberals and the Eastern Muslims are as different from each other as wolves and bears. “These incompatible world views make conflicts between civilizations inevitable… and only the fittest have survived to tell the tale.”

The very existence of such cross-cultural creations as the European Union is enough evidence that this thesis is misleading. However, the current state of affairs unravels the dualistic existence of the modern world.

On one side, the great issues of this century – e.g., climate change and nuclear weapons – require a global community; on the other, immigration and nationalism form the basis of the defense mechanism of those threatened by globalization.

The five essays that constitute the third part try to answer some questions set in the first two parts of “21 Lessons for the 21st Century.”

Aptly titled the “Despair and Hope,” this chapter expounds themes as terrorism, war, humility, god, and secularism. It ultimately boils down to this: Though the challenges are unprecedented, and though the disagreements are intense, humankind can rise to the occasion if we keep our fears under control and be a bit more humble about our views.

As far as Harari is concerned, secularism is the best way FOR a human being TO keep fears under control and be a bit more humble about their views. It “can provide us with all the values we need.”

Unlike dogmatic stories – political or religious – secularism presupposes doubt and a critical mindset, as well as a coherent set of values, such as equality, compassion, freedom, truth, courage, and responsibility.

It also allows us to make these kinds of analyses.

In the following 17 years since the 9/11 attacks, no more than 50 people were killed by terrorists in the European Union annually. During that same period, 80,000 Europeans have died in traffic accidents. So why are we talking so much about terrorism?

Simply put, because we’re stupid and we’re playing the game terrorists want us to play. They are nothing more than flies over the bulls in a china shop. Unable to cause much damage, the flies only buzz enough to make the bulls cause it instead.

The truth of digital awakening

If you ask us, this fourth part may be the most important one of the whole book, encompassing four enlightening essays on ignorance, justice, post-truth and science fiction.

15. You know less than you think.
16. Our sense of justice might be out of date.
17. Some fake news last forever.
18. The future will not be what you see in the movies.

Harari’s starting point is that much of what we do and have accomplished is the result of our capacity to believe in fictions. Something that he already analyzed in “Sapiens” in detail.

About comparing religion to what Donald Trump named “fake news,” Harari notes sarcastically: “When a thousand people believe some made-up story for one month, that’s fake news. When a billion people believe it for a thousand years, that’s a religion, and we are admonished not to call it fake news in order not to hurt the feelings of the faithful (or incur their wrath).”

The point is simple. It is difficult nowadays to distinguish between facts and fiction, because every single aspect of our existence is so intricate and complex that not many people are able to understand it.

Embracing our ignorance is the only road toward salvation, because you’re helping nobody if you are talking about the war in Ukraine or climate change, even though not being that interested in politics and not knowing a single thing about meteorology.

The fifth and shortest part of Harari’s book comprises only three essays, those talk about education, meaning, and meditation.

Beneath them lies the exploration of Harari’s understanding of how one should act in this age of bewilderment. Completely aware of the fact that what works for him might not work for everybody, Harari shares his love of meditation and advocates it as an antidote to the chaotic world of today.

To his eyes, there are no more overarching stories to guide us through our day, but there have always been feelings that define our experience – and there will always be.

They  stream through us. And it’s about time that we get to know them.

Our educational systems should mirror this thirst for self-discovery and teach us to critically analyze the world instead of merely teaching us to memorize facts and trivial data.

The man of the future is the skeptic, an always curious Socrates aware of his ignorance and ready to get to the bottom of it.

The world is changing faster than ever, and we’re failing to acknowledge this.

“21 Lessons for the 21st Century” tries to make sense of many political, social, and technological changes humankind faces at the moment.

In Harari’s opinion, many of these changes are as inevitable as death and taxes, and yet very few people acknowledge that those are happening.

For example, automation doesn't guarantee a near future employed people. For some reason, neither Trump nor Clinton discussed this during the 2016 presidential campaign.

What they chose to talk about the most was terrorism, even though, essentially, this is an unimportant topic and would be whatterrorists want to achieve.

They are much more marginal than hundreds of groups of people, and yet, fighting against terrorism is the focus of American – nay, the world – foreign policy ever since 9/11.

In the meantime, Facebook has gathered data of just about everybody on the planet, religion has stopped being an important part of the lives of most Europeans, and automated cars are on the verge of eliminating the need for human drivers altogether.

So why are we still talking about free will, open jobs, and God?

As stated above, the title of the fifth part sets a really important question: “How do you live in an age of bewilderment, when the old stories have collapsed, and no new story has yet emerged to replace them?”

As Harari explained all too well in “Sapiens,” our species exists precisely because of these stories, with fiction being “among the most effective tools in humanity’s toolkit.”

Everything – from money to religion to laws – is, in its essence, a big lie; but since these lies come with a story, and we are storytelling chimpanzees by our very nature, we’ve chosen to believe them.

And we’ve made a good choice, since this has helped us create communities and civilization itself.

However, in the present, we have a fairly serious problem: a large number of people are uninterested in believing these stories.

Fascism or communism, nationalism or almost every religion – these stories have wreaked havoc on the world, some of them for millennia. It may not be such a bad thing after all, according to Harari.

If we are perfectly honest, Harari is better at detecting the problems that humankind faces at the moment than offering appropriate solutions, so the title of his newest book may be a bit misleading.

In addition, “21 Lessons for the 21st Century” recycles many of his past ideas, so don’t expect anything revolutionary here.

Even so, we think that Harari’s book feels like a breath of fresh air in an intellectual world where many people seem to know more than they do and many others predict the apocalypse without even understanding that this is the same as shouting fire in a crowded theater.

If you like what Yuval Noah Harari has to say about the 21st century, you might also want to check out “Sapiens,” which encompasses the history of humankind.

Yuval Noah Harari is an Israeli public intellectual and historian with a doctorate from Oxford. He specializes in medieval and military history, but made his name as the author of the most celebrated macrohistorical book of... (Read more)