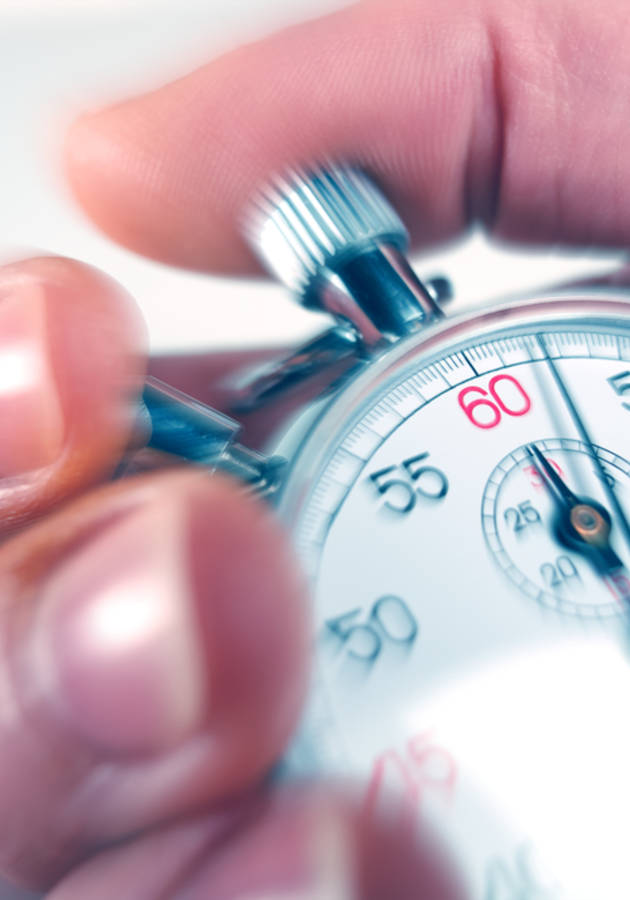 This microbook is a summary/original review based on the book: 18 Minutes: Find Your Focus, Master Distraction, and Get the Right Things Done

Consequently, it’s a book intended for everyone who has ever felt that they are wasting their time, or, even worse, life. Meaning: you.

Let’s face it: no matter what you do, you never seem to have enough time to get the right things done!

Peter Bregman, an author of a few books related to leadership, business, and career choice, wondered how this could be possible in a world where everybody seems to be trying to do the very opposite.  Now he believes not only to have found the right answer to this question, but also the solution to the problem.

Since saving time is one of the main points of Bregman’s book, we’re pretty sure that he would approve this microbook serving as a substitute for his book.

To get to the 18-minute plan, you first need to get into the right mindset. And to do that, you need to put some things into perspective.

The limited time that you have

In general, a person spends at least an hour every day peering into a facebook-twitter-instagram tab, for 365 days a year.

Once you subtract from 24 hours those eight you sleep through and another eight you spend at your office – an hour is already quite a lot of time!

The bad news is those social media are merely one part of the story. What about Netflix and TV? Statistics say that, on average, adults in the U.S. are watching more than five hours of television per day! Good luck making your dreams come true during the two hours left!

Fortunately, according to Peter Bregman,two hours is about 1:42 more time than you need to turn your life around. Apparently, you can do that in no more than 18 minutes a day with no more than just a few steps.

The incredible power of a brief pause

Pause! Take a breath and reconsider what you’re currently doing.

Think about your to-do list and the things you can and can’t do today. Life is a marathon, not a sprint: you won’t get to the end if you spend all of your energy in the first few hundred meters.

The first step to freeing yourself from the habits and feelings that may be limiting you and from all that busyness making you feel uncomfortable all the time is reducing your forward momentum - with a brief pause. Even a formula needs a break: do you really think you’re so perfectly built?

“Regular rest stops are useful interruptions,” says Bregman. “They will refuel your body and mind, naturally reorient your life toward what’s important to you, and create the time and space to aim your efforts more accurately.”

Expand yourself and limit your options

Woody Allen once wrote: “If you want to make God laugh, tell him about your plans.” And he has a point! Plan all you want to, something will undoubtedly come up. The world changes constantly, and much faster than we tend to notice. The only way to minimize the impact – and maximize your potential – is to raise yourself and set boundaries to your initiatives.

First of all, you need to realize that you are much more than you think you are. In other words, you are not solely a designer with a keen eye for detail, but also a great cook, an even better neighbor, and an excellent talker.

Open yourself up to these other aspects of your being. Settling for less won’t serve others and you as well, because life isn’t just about some of you, it’s about all of you. So, don’t negate, integrate.

Once you achieve that, change the world that encapsulates you: the bigger you are, the more attainable your goals become.

In practical terms, this means nothing more than, turning off your mobile phone while you’re working. That way, you’ll limit the entire world to your surroundings, and you’ll be able to focus better on employing your potential to get your job done. Speaking of focus...

Once you’ve paused and reconsidered your habits, it’s time to get some direction in life.

The best way to do this is to shape the next year of your life around four specific behaviors to which Bregman refers as “the four elements”: leverage your strength, embrace your weaknesses, assert your differences, and pursue your passions.

Element one: leverage your strengths

“You’re not everything everybody is!”

It’s a simple proverb, and yet most of us often forget this as soon as we see someone playing the guitar or speaking a new language.

Bregman turns conventional wisdom on his head by noting that the idea of achieving more has always been closely related to the notion of accepting to be less. It’s just how the world works: you cannot be a banker, a footballer, and a poet at the same time.

If you want to succeed, after getting in touch with your full potential, you need to define your existence by choosing a particular set of strengths and then devoting about nine-tenths of your life to excelling in these areas. The sooner you decide what to focus on, the sooner you’ll become great at it!

Choosing your strengths doesn’t mean ignoring your weaknesses, on the contrary, it means accepting them. Bregman makes a strong case that you can find a way to use even your weaknesses to your benefit. It’s simple: just find a profession where your weaknesses may be considered strengths.

For example, one of Peter Bregman’s friends had a pretty simplistic view of the world. He saw things only in black and white, right and wrong. He never saw things in grey.

Not to mention that he worked in the hyperintellectual world of academia, where this kind of simplicity is frowned upon and is less appreciated  than nuance.

However, instead of hiding his simplicity and feeling ashamed for it, he practically wore that on his favor. And millions of people should thank him for it because it was precisely this simplicity that made him the driving force behind a few health reforms, which ultimately saved countless lives in the developing world.

How? Well, he was the one who stopped the endless health reforms debate and instigated others to quickly arrive at the simplicity of the righteous action.

As every businessman knows, what ultimately matters most is something economists refer to as a competitive advantage, in other words, the attribute (be it a product or a service) that allows one organization to perform better than its competitors.

Interestingly, when it comes to people, we tend to think differently. We don’t want the children to be different than the others, and when one says that about someone, it’s usually not a compliment. It is, at most, a euphemistic way of saying, “I can’t understand them.”

Time to change that! If there’s something unique and exclusive about you, start using it as your advantage.

It’s convenient and easier for social reasons to be part of the multitude. But it’s better, for your own sake, to pursue what makes you different from the rest!  After all, that’s how the market works: offer them what the others can’t!

Even more specifically, if you can’t decide between three projects that are worthy of your focus, always choose the unique one. History teaches that risks pay off, even when people say otherwise,,they really want new and different things.

The fourth element is your passion, for sure. Nowadays, it’s getting ever more difficult for people to find their passions, mainly because they spend a lot of time doing some things that don’t matter.

An excellent way to start recovering passion is pursuing your desires. Therefore, when you choose your focus for the next year, pay more attention to “wants” and less to “shoulds.”

You can do anything as long as it accomplishes three conditions: First: You want to achieve it; Second: You believe you can achieve it; Third: You enjoy trying to achieve it.

To succeed, you need to persist. To persist, you need to start doing something that you’ll go on doing even when it feels like it’s not a success.

Another benefit of pursuing your passion is the effortlessness of it. You’ll always work tirelessly at your passions. Hard work will always feel easier when it doesn’t feel like work in the first place!

Above all, things you’re passionate about should unavoidably infuse your life with meaning. When something matters to you, you’re never wasting your time, are you?

Now that you’ve managed to organize your life around the things that make you happy and matter to you, it’s time to transfer your annual focus into an 18-minute daily plan. This will ensure that you’ll structure your day in just the right way.

The 18-minute plan for managing your day

The main idea of Bregman’s book is relatively simple: 18 minutes a day is all it takes to change your life for the better.

Why? Because that’s all the time you need to remind yourself of your yearly focus and make sure that you’re working toward it.

To learn to manage your year, you first need to learn to manage your day. Meaning that your day needs to be structured around some kind of ritual. A ritual that’s simple, clear, and efficient enough to be done every day, to keep you focused on your priorities. It must not get in your way.

It takes a lot more than 18 minutes to read through Peter Bregman’s “18 Minutes.” After all, the book is about 300 pages long. However, it doesn’t feel like it, neatly structured in about fifty short chapters, all of which include at least one anecdote. It is possible to read Bregman’s book in one sitting.

Although most of Bregman's suggestions are not much more than common-sense pieces of advice, he does get right to the point.And that’s the best part of this book.

So, instead of considering it a guide, think of it as a reminder. It’s not a treasury of new methods, but a way to never forget some essential life lessons you’ve already learned.

Don’t let other people change you! Use your unique traits as a competitive advantage and be the one setting the new standards.

Peter Bregman is the CEO of Bregman Partners, a global management consultancy, and the host of the Bregman Leadership Podcast. He is an author of several books related to leadership, business, and career choice, includi... (Read more)