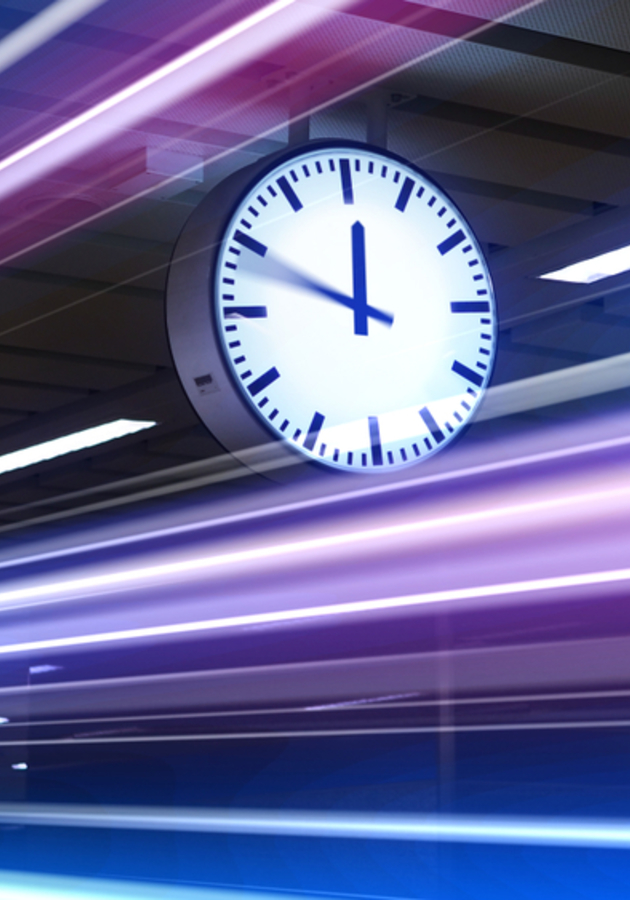 This microbook is a summary/original review based on the book: 168 Hours: You Have More Time Than You Think

In a world where time has become a primary obsession over the past few decades, it is bold to claim that we generally have more time than we think. However, this is precisely what Laura Vanderkam says in her book on time-management ‘’168 Hours.’’ After she interviewed a wide range of successful people who manage to be fully engaged in their personal and professional lives, she concluded that the popular notion that we are overworked and time-deprived is just a myth. So, get ready to find out how to free up your schedule and get the most out of your 168 hours!

How does Theresa Daytner do it?

When Theresa Daytner introduced herself to President Barack Obama as an owner of Daytner Construction Group and mother of six, his first question was: ‘’When do you sleep?’’ That certainly is something almost every person would wonder after hearing her introduction. However, although weaving together a career and motherhood successfully for the majority means making sacrifices in other aspects of life, that is not the case for Daytner.

First, to answer the question the former President asked: Daytner does sleep. In fact, she sleeps at least seven hours a night. Yet, this is not the only rest time she gets. She also enjoys hiking, riding a bicycle, and working out in a gym. In addition, she is a member of a book club and an avid watcher of the TV series ‘’24.’’ When Daytner is not relaxing, she runs her company which oversees $10-75 million projects, and spends quality time with her family members. When Vanderkam interviewed her, Daytner was planning her daughter’s wedding and her husband’s birthday party. She also had a plan to take all of her kids to see Washington’s cherry blossoms and chill on the National Mall.

You are probably now tempted to ask: ‘’How does she do it?” Vanderkam says there are two things we can learn from Daytner. First, she views time as an array of minutes and hours, and she considers them all precious. For instance, she uses the 10 minutes between when her teens’ school opens (8:00) and her twins’ nearby school opens (8:10) to read Hardy Boys books to her sons in the car. Second, Daytner knows she is in charge of time. Therefore, she chooses to spend every minute on the things that are the most important to her: her family, business, and her relaxing time. She says, ‘’Everything that I do, every minute I spend is my choice.”

So, as long as you, like Theresa Daytner, focus on what you like the most and do best, you can have plenty of time for everything. As Vanderkam says, ‘’You can fill your life with more abundance than most people think is possible.’’

When we mentioned that Daytner perceives time as an array of minutes and hours, you might have thought: ‘’Well, who does not?” Actually, not everyone. At least, not all the time. We often perceive time as an indefinite category, especially when dreaming or thinking about future goals. For example, we often say, ‘’Someday, I will take up dancing classes,’’ or, ‘’When I grow up, I will become a writer.’’ However, as Vanderkam puts it, ‘’While we think of our lives in grand abstractions, a life is actually lived in hours.’’

If we start to think of our lives as the hours we spend, we will become better at organizing ourselves. When managing our time, Vanderkam says we should consider the number of hours contained in a week. She says, ‘’Looking at life in 168-hour blocks is a useful paradigm shift, because—unlike the occasionally crunched weekday—well-planned blocks of 168 hours are big enough to accommodate full-time work, intense involvement with your family, rejuvenating leisure time, adequate sleep, and everything else that actually matters.’’ So, next time you lament about how you do not have enough time, do the math. How many hours per week do you work? How many hours per week do you sleep? If you cannot figure out how to find extra hours for doing the things you like, why don’t you try keeping a time diary for a week to become more aware of where your time goes?

When the federal Bureau of Labor Statistics conducted a study - called the American Time Survey - in which participants had to keep time diaries, they got fascinating results. According to them, Americans are not overworked nor sleep-deprived: they sleep on average eight hours a night and work approximately 35-43 hours a week. They also watch TV a lot -  around 2.62 hours per day, which is a lot less than a parent spends interacting with their children - only 11 to 25 minutes, depending on whether they are working full-time or part-time. Stay at home moms, for instance, barely top half an hour.

In 1990,  management gurus Gary Hamel and C.K. Prahalad published an article for Harvard Business Review that identified what it takes for a company to succeed in our efficient, global marketplace. According to them, a company would do best in the globalized era by focusing on “core competencies.” What does that mean? They say core competencies are the things a company does best, and others cannot do nearly as well.

Vanderkam believes we can learn plenty about managing our time from the modern companies that focus on their core competencies while minimizing, outsourcing, or ignoring everything else. Just like them, we should spend more time on activities in which we can excel. ‘’An individual’s core competencies are best thought of as abilities that can be leveraged across multiple spheres,’’ Vanderkam writes. ‘’They should be important and meaningful. And they should be the things we do best and that others cannot do nearly as well.’’

How can you identify your core competencies? First, keep a time diary for a week to see whether you spend enough time doing things you consider meaningful. When you look at the data, you might, for example, discover you spend more hours doing housework than nurturing your family members.

We are usually good at things we enjoy doing. However, many of us cannot even identify what activities please us. To get to know yourself better, Vanderkam advises you to create a list of 100 things you’d like to do during your lifetime. It can include simple things, such as places you want to visit, books you want to read, or skills you want to learn. When you start doing things from the list, you might discover where your core competencies are. Take Jackie Camborde as an example. After joining the gym to lose weight, she realized she enjoyed fitness and was good at it, which led her to become a certified fitness teacher and open her own studio. After taking sewing classes, Caroline Ceniza-Levine, on the other hand, found out sewing is her ‘’absolute nightmare,’’ and therefore crossed it off her list.

How is being in the right job related to overall time management? Vanderkam says, ‘’Like choosing the right spouse, being in the right job can give you amazing energy for the entirety of your 168 hours.’’ In other words, if you are in a job that you hate, even if it is for less than 40 hours a week, you will feel drained and unwilling to do anything else after.

Sylvia Earle, a marine biologist and  mother of three, might be a perfect example of a person energized by her job. When Vanderkam interviewed her for the first time in 1998, Earle could not stop smiling while talking about her work, even though she was approaching retirement age. When the two of them spoke again in 2009, 73-year-old Earle was planning to go to the Yucatán Peninsula in Mexico to study whale sharks and to Australia to study the reefs.

But, how can you know what job is right for you? According to Vanderkam, ‘’The right job leverages your core competencies—things you do best and enjoy—and meets certain working conditions, including autonomy and being challenged to the extent of your abilities.’’

The dream job often has something to do with activities you enjoyed doing as a child. Ilan Kroo, for instance, now an aeronautics professor at Stanford, spent his childhood dreaming of flying machines. Once, he made a hang glider from bamboo poles, duct tape, and plastic. When he was a high school student, he won a finalist spot in the 1974 Westinghouse competition for designing a wind tunnel. Later, he earned his Ph.D. in aeronautics, and over the years, created many innovations used at Boeing and elsewhere.

You will know you are in the right job if you often find yourself absorbed in work. However, if you never feel this way, think of other activities that interest and challenge you to the point where you don’t notice the time. Then, think about how you can include them in your work. If you realize that is not possible, consider finding a work environment that is more open and supportive.

If you happen to have a chance to read the issues of ‘’Good Housekeeping,’’ published during the 1950s and 1960s, you will probably be surprised by the elaborate cleaning and baking rituals described there. For instance, the 1958 issue gives detailed instructions on the proper care for electric blankets. The same issue contains a recipe for End-of-the-Rainbow Cake that takes two days to make, and ‘’The Needlework’’ section with various sewing patterns for clothes housewives could make for their family members.

Unlike women of the 50s and 60s, women nowadays are part of the workforce and have less time to maintain their household. In other words, they became more focused on their core competencies at home while outsourcing their housework to someone else or spending less time on doing it.

If you want to spend more quality hours interacting with our children, think of how you can engage your children in activities you enjoy doing. If you love music, for example, you can sing songs or go to concerts together.

Provided your schedule and your family members' do not match, organize yourself differently to free up some space for family time. You can, for instance, get up earlier to read to your children, play with them, or discuss school issues. If you have flexible working hours, you can sometimes choose to work in the evening after your kids go to bed.

Most of us are brought up on the idea that time is precious. Yet, rather than living this idea, we often use it as an excuse to avoid doing things that require more energy and creativity. By demystifying the ongoing cultural narrative of a time crunch, Vanderkam makes us reshape our relationship with time to live more successful and meaningful lives.

Next time you say you cannot do something because you are busy, think about whether the lack of time is the real reason you refuse to do it.

Laura Vanderkam is a supermom who writes books about time management and productivity. She often appears in publications like The Wall Street Journal, Fast Company, The New York Times, and Fortune. Her blog posts at LauraVanderkam.com... (Read more)