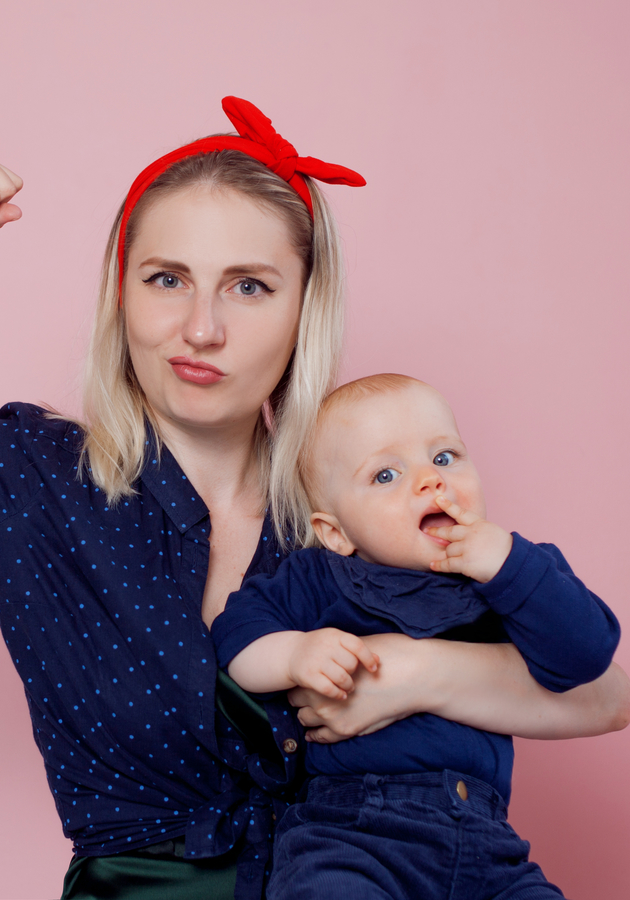 This microbook is a summary/original review based on the book: 13 Things Mentally Strong Parents Don't Do: Raising Self-Assured Children and Training Their Brains for a Life of Happiness, Meaning, and Success

The components of mental strength

“It’s easier to build strong children than to repair broken men,” said once American abolitionist Frederick Douglass. Morin, a therapist, wholeheartedly agrees: “It’s much easier to gain mental muscle during childhood,” she writes. “And childhood is full of opportunities for growth.”

Unfortunately, most parents don’t use them. In fact, they don’t even see them as opportunities. When adversity strikes, they do everything in their power to shelter their children from its effects. That is a fundamentally wrong parenting strategy because bad things are inevitably going to happen in the lives of your children. Good parents know this, and, instead of futilely trying to prevent their children from facing adversity – they give them the tools they need to build mental strength.

Few things influence your children’s response to external circumstances as their core beliefs. They influence how your child thinks, feels, and behaves. And these three are the basic components of mental strength:

By being overprotective of their children, most parents inadvertently inhibit their child’s growth by infusing them with unhealthy thoughts, behaviors, and feelings from the start. Mentally strong parents raise mentally strong children mainly because they don’t do what overprotective parents think is right. Dedicated to training their children’s brains for a life of meaning, happiness, and success, they tend to avoid most or all of the following 13 things.

No. 1. They don’t condone a victim mentality

Failure is an inevitable part of life. Not making it to the basketball team or getting a bad grade doesn’t make your child a victim and their coach or teacher a villain. Feeling sorry for them and making space in your life to attend their “pity parties” is one of the worst things you can do. But don’t minimize your child’s feelings as well. Instead, encourage them to turn their struggles into strength. Help them in finding the silver lining and learning how to focus on what they can control. Most importantly, help them differentiate between their BLUE and their true thoughts.

An acronym, BLUE stands for four things: blaming everyone else, looking for the bad news, unhappy guessing, and exaggerated negativity. Counter these four by talking to your child about accepting personal responsibility, pointing out the good in a situation, encouraging them to take action, and looking for exceptions.

No. 2. They don’t parent out of guilt

As uncomfortable as it might be, guilt shouldn’t be intolerable to the point of pushing you into bad parenting choices. Mentally strong parents know that nobody is perfect and, instead of suffering from a guilty conscience, they only strive to be good enough. They practice self-forgiveness and teach their children to make amends. Some of them even procure the help from an imaginary friend: the shoulder angel. Use this trick yourself – show your child a cartoon with the devil and the angel on each shoulder, and explain to them the importance of listening to the latter.

No. 3. They don’t make their child the center of the universe

By offering your child exaggerated praise and giving them special treatment, you’re probably merely helping them grow up into self-absorbed individuals. Contrary to popular belief, your life shouldn’t revolve around your children if you want them to grow healthy. Don’t ever insist that your child is the exception to every rule or emphasize your child’s presumed successes over their efforts.

Instead, offer them genuine praise and teach them empathy. Create gratitude rituals and try to evoke in them feelings of awe – especially if they are teenagers. Awe is the result of someone realizing that the world is bigger than they think. This humbling experience is essential for proper development, because only such a person will understand that, no matter what social media says, not every aspect of everyone’s life is important enough to be shared or memorized.

No. 4. They don’t allow fear to dictate their choices

Most parents think of themselves as divine protectors of their children. Mentally strong parents – on the other hand – see themselves as nothing more than guides. Of course, you can keep your children inside a protective bubble, but don’t ever think you do it for them – it’s actually because of your fears and your anxiety. By keeping these two in check, you’re really keeping your child from growing up. Mentally strong parents don’t do this. They allow their children to go out into the world. They teach them to face their fears and encourage them to coach themselves. And they never use scare tactics or create rigid protective rules. Nothing is more counterproductive than these.

No. 5. They don’t give their child power over them

Forget about all this political correctness malarkey: there should be a clear hierarchy within a family. If your children are bossing you, then you are not doing your job as a parent as you should be. Set clear limits to avoid power struggles of any kind: don’t get sucked into debates that allow your child to delay following your directions. Follow through with consequences, while staying calm and teaching your child empowerment language. Always remember that kids who are given just the right amount of power become powerful adults.

No. 6. They don’t expect perfection

Just as you shouldn’t expect from yourself to be a perfect parent, you shouldn’t expect from your child to be a perfect kid as well. High expectations are good, but expecting too much can backfire. Mentally strong parents strive for excellence – not perfection – while recognizing that their children are not going to excel at everything they do. Their only goal: to help their children become the best versions of themselves.

No. 7. They don’t let their child avoid responsibility

Don’t ever bail your children out when they are irresponsible! Instead, help them face the inevitable consequences. Unlike protective parents, mentally strong parents never underestimate their children: they refer to them as “helpers” and assign them age-appropriate chores and duties as early as possible. More importantly, mentally strong parents hold their children accountable for their actions. Experience is a better teacher than language.

No. 8. They don’t shield their child from pain

Protective parents would do anything to spare their children from pain. As understandable as this might be, it usually leads to either lying to them to protect them or encouraging them to be tough. Both strategies are wrong. Honesty is always the best policy. When you are in pain – don’t mask your pain; when your child is – acknowledge it as well. Provide your children age-appropriate information about the realities of the world and teach them to recognize when pain is a friend and when it is an enemy.

No. 9. They don’t feel responsible for their child’s emotions

Regulating your children’s emotions for them prevents them from developing their emotional intelligence, as well as gaining proper social skills. So, don’t entertain your child every time they are bored, neither calm them when they are sad or upset. Instead, teach them to label these emotions properly and help them discover effective mood boosters on their own. Never correct their emotions – correct their behavior only.

No. 10. They don’t prevent their child from making mistakes

Mistakes are learning opportunities – not something to do away with. The latter sends your children the message that mistakes are horrible, which creates a lot of pressure for them to constantly perform at high levels, while simultaneously discouraging them from trying to get better once they fail. There are only several types of mistakes you should prevent – those that pose a safety risk, those that are harmful to other people, and those that won’t teach your child a lesson. For all the others – resist the urge to interfere and let your children mess up. They’ll probably know what to do the next time.

No. 11. They don’t confuse discipline with punishment

There is a big difference between discipline and punishment. As Morin explains, “punishments focus on the mistake. They serve to make a child feel bad about his wrongdoing. Discipline, on the other hand, teaches him to do better next time.” Mentally strong parents know how to use positive consequences to encourage good behavior and negative to teach self-discipline. They keep their emotions in check and use reward systems that follow clear rules. They are authoritative – but without being authoritarian.

No. 12. They don’t take shortcuts to avoid discomfort

As the old saying goes, “give a man a fish, and you feed him for a day; teach a man to fish, and you feed him for a lifetime.” Analogously, doing your children’s chores for them is fast and easy – but it is also short-term. Teaching them healthy habits is difficult – but that’s what mentally strong parents do. They tolerate discomfort and avoid shortcuts, assist their children, and –  when tempted to collude with them to take shortcuts – they recharge their batteries and start over!

No. 13. They don’t lose sight of their values

It’s easy to lose sight of what’s really important in life in today’s fast-paced, materialistic world. Mentally strong parents never do: they know their values and talk about their ethical dilemmas whenever these arise. They have a family mission statement and are clear about what it entails before their children. And they always give their children an opportunity to practice living according to these values, looking for teachable moments to instill in them.

Well-researched and commonsensical, “13 Things Mentally Strong Parents Don’t Do” is a breath of fresh air in our age of victimhood and helicopter parenting. Do yourself a favor and read it – your children will thank you for it one day.

It’s difficult to see your children struggle or face the consequences of their actions. However, these are the experiences that help them reach their greatest potential. So, don’t meddle too much: be a guide, not a protector.

Amy Morin is a licensed clinical social worker, college psychology instructor, and psychotherapist. A regular contributor to Forbes and Psychology Today, she made her name with “The Secret of Becoming Mentally Strong,” one of the most popular... (Read more)